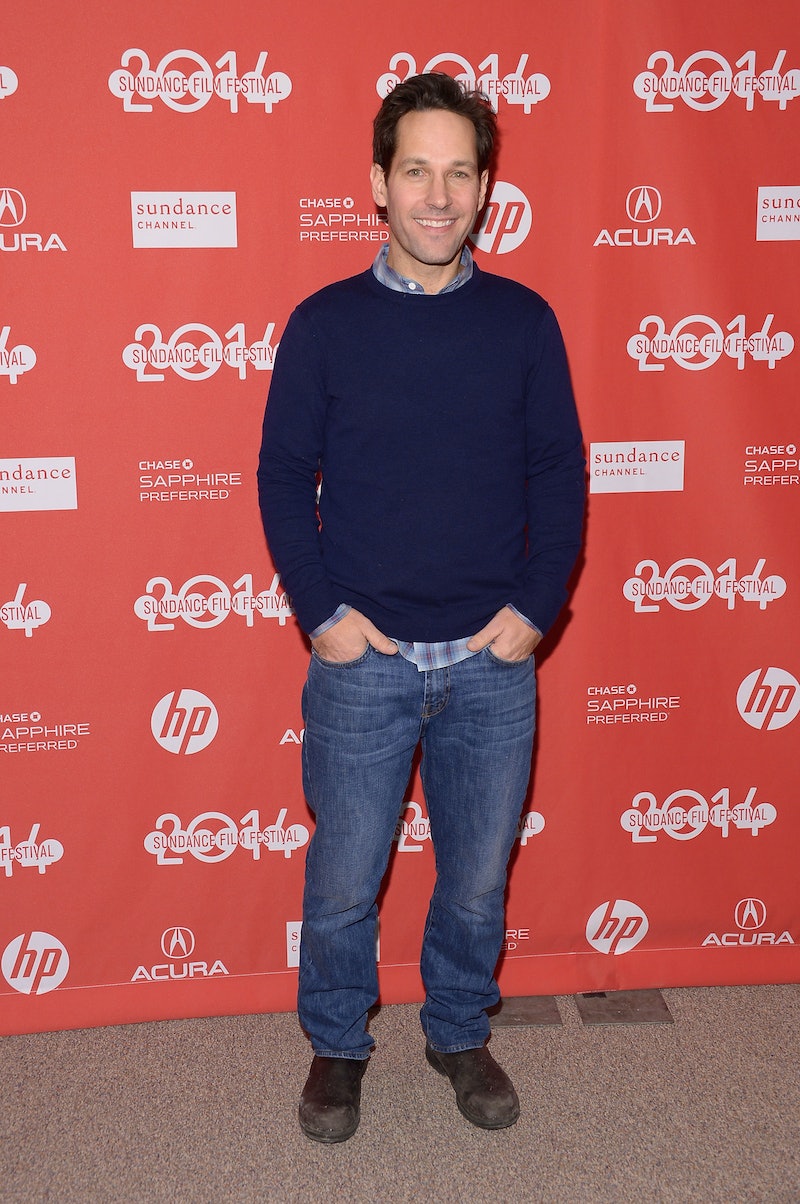 As we already know, Paul Rudd will be starring in Ant-Man . And, as we also already know, the film is set to come out in the United States on July 17, 2015, and will feature Michael Douglas as Henry Pym, a scientist who discovers particles that allow him to shrink to the size of an ant. But, thanks to Edgar Wright — the man directed the films Shaun of the Dead and Scott Pilgrim vs. The World and knows how to bring out the humor and humanity in unlikely heroes — we might have gotten some new details about the film, despite the fact that its still in its early, early stages. (Didn't you see that July 2015 release date?) Including, most notably, a look at a possible costume — and a hint that Douglas' Pym might have once been Ant-Man as well.

Wright has posted the photo below on his blog, so imagine Rudd and Douglas flaunting that outfit while imagining some Avengers-esque verbal sparring, during which their age difference will surely come to a head. In addition, the two actors should have fun performing stunts in a costume that bridges the generational gap. But I have one specific question: Where is the helmet that allows Ant-Man to communicate with and control ants? How else can he call up legions of tiny creatures who are able to lift five to ten times their own weight? How else can he let them know to avoid people wearing Dr. Martens?

But let's be honest here: These costumes look like a Chanel jacket dipped it in oil. But Rudd wears similar clothing as Brian Fantana in Anchorman, and Douglas did play Liberace in Behind the Candelabra, so they should be able to take this wardrobe in stride.

Especially since the actor is clearly excited about his role in the film. At the premiere of They Came Together, a romantic comedy co-starring Amy Poehler, Rudd describes his casting as "kind of surreal." Of the S.H.I.E.L.D. universe, he says, "I just can't believe I got an invitation to the party!" Hopefully, in the near future, we will get to see Rudd's Ant-Man and Robert Downey, Jr.'s Iron Man facing off on screen, comparing their respective suits. I can imagine witty banter to the nature of, "It's not the size that counts." As for this clip, skip to 3:10 to hear Rudd's remarks on Ant-Man.