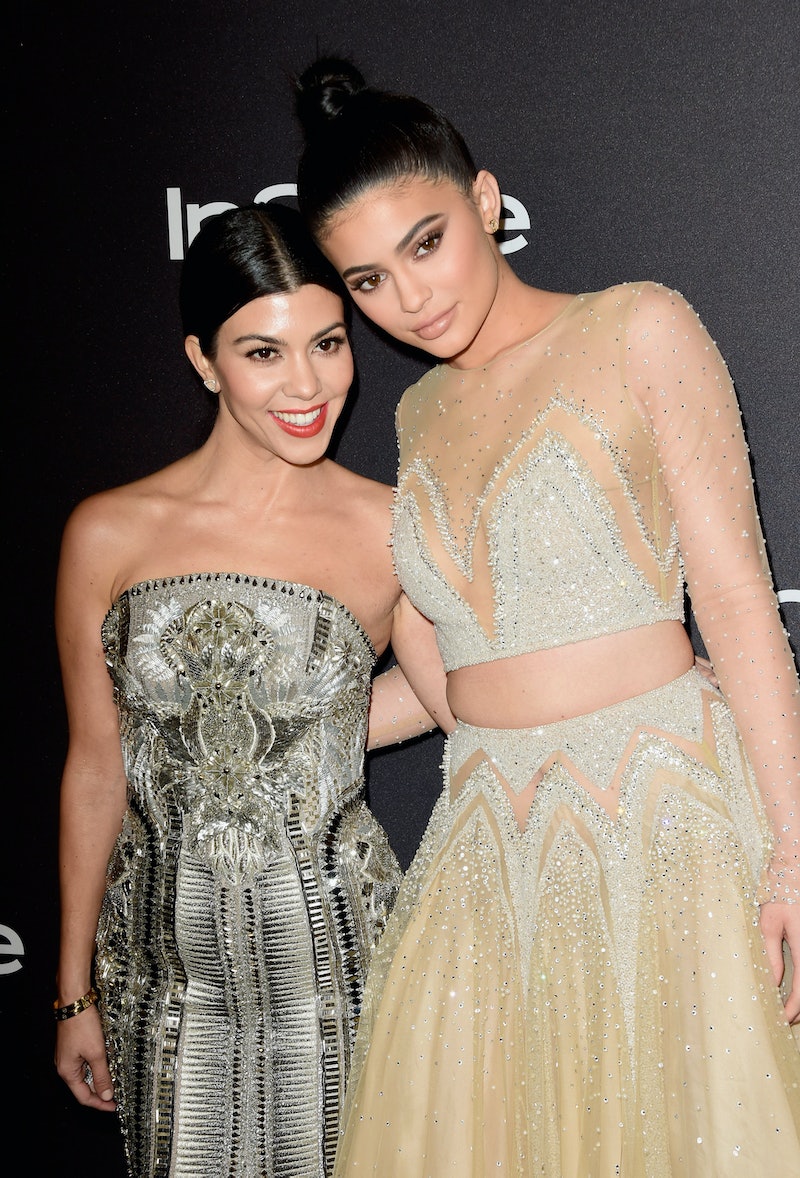 We're used to celebrities changing up their hairstyles now and again — in the case of the littlest Jenner it's more like everyday — but changing their eye color? That's a little bit out of the ordinary. Kylie Jenner and Kourtney Kardashian debuted blue eyes on Thursday, and they each look so different with lighter eyes. Are colored contacts the new hair dye? Do I smell a new trend here? I think so.

Update: In a 2018 video with GQ Jenner confirmed that her eyes are "green, sometimes yellow."

The sisters took to Instagram to flaunt their new look in a super casual selfie with the simple caption, "family." They made no reference to the blue contacts or anything — perhaps they were testing us to see if we noticed the subtle transformation? Did they really thing they'd fly under the radar without Jenner/Kardashian die-hards (like myself) catching on? Nice try.

Kardashian may be a colored contact newbie, but Jenner is no stranger to lightening up her eyes. The girl is clearly a fan of experimenting with eye color, because she does it every so often. Remember her last stint with grayish blue eyes last year? Still, I wonder what brought on this sudden change. Perhaps the pair got matching blue eyes as a form of bonding? Either way they look as fabulous as ever.

Kardashian and Jenner aren't the only celebs to experiment with colored contacts. Let's take a look at seven other starlets who changed their eye color and looked totally different.

Gomez looks even more sultry than usual with gray-colored lenses, doesn't she?

The caption says it all.

I guess eye color experimentation runs in the family.

Kanye, is that you?!

Just Kidding! Per Kim Kardashian's caption, this is just an edit. But how cute does North look with blue eyes?

Alba was pretty unrecognizable with blue eyes in the second Fantastic Four film.