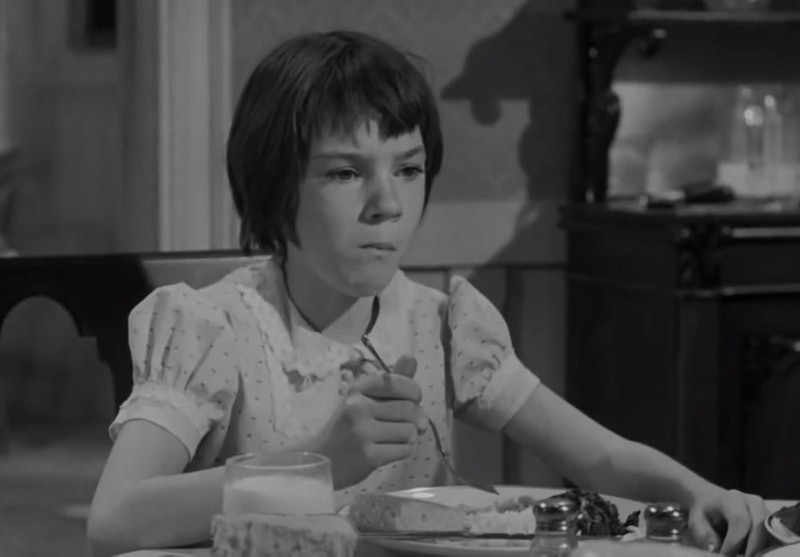 I first read To Kill a Mockingbird in sixth grade. I can't remember who gave me the gray, slightly torn paperback with the strange cover (a tree filled with a ball of string and a pocketwatch, and a mockingbird flying across the night sky), but I remember that it was one of the first "classics" I ever read. It was the first "literary" book in my reading repertoire, which up until then had mostly consisted of Betsy-Tacy, Little House on the Prairie, and the Alice series by Phyllis Reynolds Naylor (all still amazing books, of course). I loved it instantly.

When I was younger, I always wanted a nickname, but "Julia" doesn't really lend itself to one, so the first thing I loved about the book was that Jean Louise went by "Scout." And though I have been an avid reader since I learned to read, Scout was the first character I identified with so much that I actually forced people to call me "Scout" for a while (that didn't last too long, but I'd probably still turn to look if someone shouted the name).

Looking back, it's kind of funny that I was so obsessed with Scout. First of all, she's a total tomboy, which I definitely was not. Sure, I was a bit of a country girl and grew up in a family who often went fishing and camping, but if I was going to go fishing I was probably going to wear a faux fur-trimmed coat and pink sequin dress for the occasion. And I usually preferred not camping to camping, unless of course we were camping at the Disney World campground, in which case I was totally on board. But despite those immediate differences, I now understand why Scout appealed to me so much: she was quirky, and she was an outsider, and her point of view made sense to me. As a nerdy bookworm (and, I'll admit it, a know-it-all), I loved that Scout could read before the other kids. I liked that she didn't quite fit in, and how she was almost more of an observer than a character at times. She was stubborn and opinionated, but sometimes would just watch situations unfold, and those were the traits I saw in myself.

In high school, I once mentioned my passion for To Kill a Mockingbird, and I remember a teacher being surprised that I had read the book in middle school.

Maybe she was right, though. After all, I was 10 when I read the book, so there was a lot about the world that I didn't understand and hadn't experienced — just like Scout. I considered her the protagonist, and perhaps had a childlike understanding of the dark points of the novel — just like Scout.

But maybe that was the point of telling the story from the perspective of a young girl. I looked up to Atticus, I struggled to understand the injustices in Maycomb, and I realized that there was a lot I didn't know, just from reading a story I thought was about a funny girl like me who liked reading.

I've never reread To Kill a Mockingbird. It's not that I don't want to — the novel has a special place on my shelf next to all my favorite books. The pages are a bit more yellowed now, and the gray cover is even more torn, but it's as familiar to me as any other beloved novel on my shelf — at least, the outside is. Part of me wants the story itself to stay connected to my childhood; I want to remember the story the way I experienced it when I was younger. I want to preserve the mockingbird of innocence.

Harper Lee has been an inspiration to me since I read To Kill a Mockingbird for the first time so many years ago. Her wit and keen observations have stuck with me through many years, as have the lessons I learned through the coming of age of Scout Finch. I may like sparkles and faux fur and dresses, but I learned from Scout Finch that I could still be a scrappy, independent girl no matter how I was dressed. These are the things I remember about the book, but if I revisited the story, perhaps there would be much more waiting for me now.

Maybe it's about time to reread.