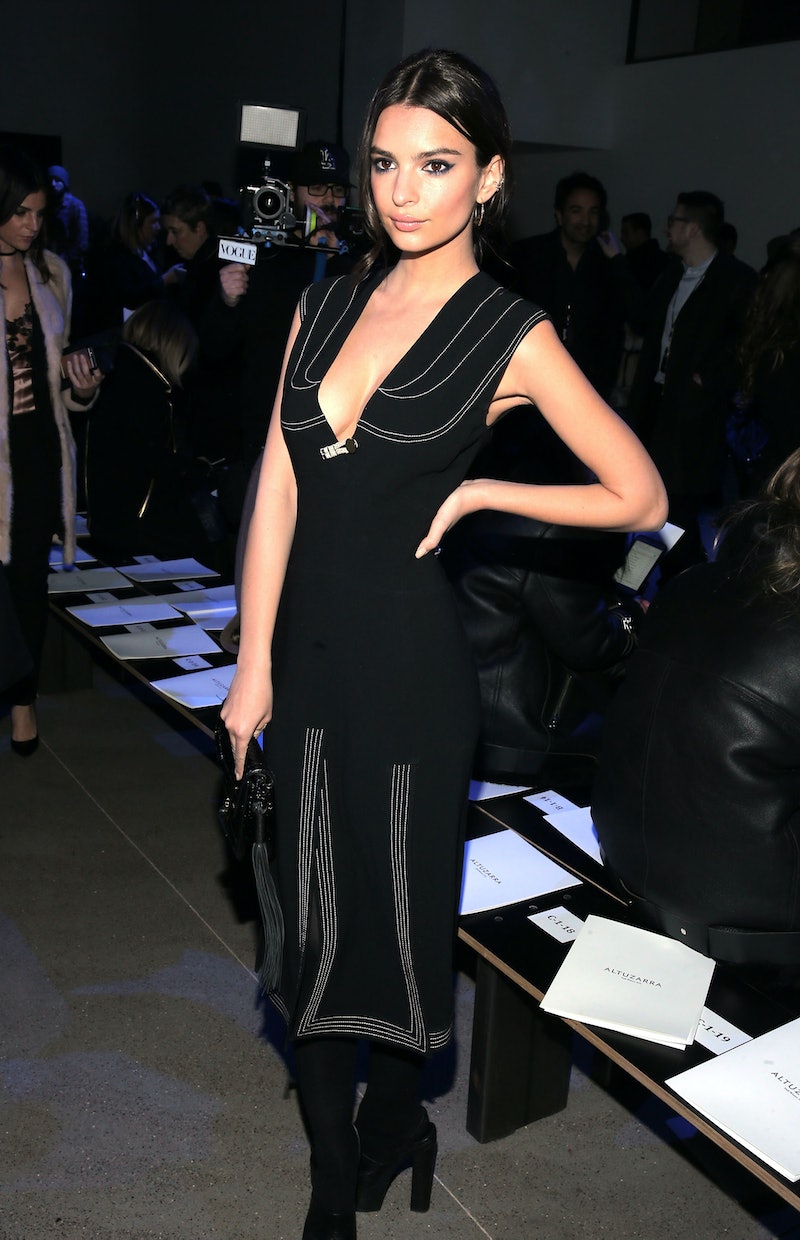 For most people, the focus of New York Fashion Week is typically, well, the fashion. However, I decided to change my perspective this year, and focus on feminist moments of NYFW Autumn/Winter 2016. I looked past the superficial images of the fashion world to see exactly just how feminist this industry could be. There had to be more meaning behind the shiny models in haute couture than just pretty clothes, right? After a week of schlepping from show to show, I found out that there was more to the fashion industry than just clothing. This community is filled with people who truly do love women and the power that they can represent.

Not everyone thinks of fashion as a feminist industry. However, my experience leads me to believe that couldn't be more wrong. Yes, it focuses on material possessions and aesthetics. But who's to say that can't be feminist? There are people who devote their lives to making women feel strong, confident, and beautiful in the fashion industry. What's more feminist than that? These people take their talents and skills, and devote their time to empowering the women around them. It's kind of a beautiful thing. So, don't be so quick to judge the world of fashion. It's a bit more nuanced than you may think. Here are six moments from the 2016 Autumn/Winter New York Fashion Week that proved just how feminist those in this industry can be.

At the close of his show, designer Marc Jacobs appeared on the runway wearing a Hillary Clinton T-shirt he designed. Of course, simply supporting Clinton isn't inherently feminist on its own, but the designer's reasoning for getting aboard the Hillary train definitely was. Jacobs told Vogue, “I am proud to share this T-shirt as a champion for equal rights, for the progress we have made, and for the hope of continued progress with Hillary as president.”

Ukrainian designer, Anna Karenina is the definition of girl power. At only 20 years old, this impressive young designer has flaunted her creations from London to Paris, and now New York. The designer premiered her space-age inspired collection during New York Fashion Week, and it was incredibly fun and unique. Vogue is even calling her the "designer to watch." To me, this is such a show of feminism as she has broken the barrier into the illustrious world of fashion at such a young age. The designer was already creating clothes at 16, when most of us are worried about the SATs and prom. It's so cool to see younger female designers proving that they too can have a stake in the world of high fashion.

Calvin Klein's front row was filled with noted badass feminists this season. Transgender model, Hari Nef and Gurls Talk activist/model, Adwoa Aboah turned up the discussion on inclusion and diversity in the world of fashion during the Calvin Klein show. Nef spoke to Vogue about the visibility of diversity in fashion,“It’s fascinating for models like us—take that as you will—to enter that discussion, that context, the imagery of an iconic American brand. It’s important because Kate and Mark Wahlberg are great, but we’re not Kate and Mark!”

Who said fashion and politics don't mix? At the Altuzarra show in February, model Emily Ratajkowski stood up for her feminist beliefs by expressing her favoritism towards presidential candidate Bernie Sanders. "I said it before and I’ll say it again: I was there for Bernie, not for the boys,” she said to The New York Times. “It is too bad that feminism hasn’t progressed to the extent that women can support other women not based on gender or race, but because of ideas.” Ratajkowski's comments come in respone to Gloria Steinem’s earlier statement that women who don't vote for Hillary Clinton are simply seeking to connect with the opposite sex. “It’s incredibly frustrating that society somehow feels that women can’t manage to be political, feminist, and a sex symbol.”

5. Designers' Declaration That All Skin Tones Are Beautiful

Beauty isn't defined by a single skin tone, and many designers took note of this universal truth during New York Fashion Week. While many black models are still struggling to be cast (only 8.7 percent of the models from NYFW were black, according to TheFashionSpot.com) there are designers fighting just as hard to push the envelope on diversity. According to The New York Times, designers such as Hood by Air, Telfar and Gypsy Sport took to social media in an effort to cast models of all different skin tones. Designer, Lamine Kouyaté of Xuly. Bët even expressed his desires to cast exclusively African-American models for the show. While NYFW's percentages of diversity were still troublingly low, the push for more inclusion in gaining tremendous traction. While Fashion Week itself showed poor lack of diversity, it is the designers like Zac Posen and Xuly. Bët who indeed cast an array of models who should be commended. Showing diversity amongst models is probably one of the most feminist actions the fashion world can take. It signifies that every woman, regardless of her race, is beautiful, relatable, and utterly breathtaking.

6. Model Diandra Forrest Walking The Runway With Her Child

Meet fashion's first baby to walk the runway! During the Gypsy Sport show in February, model Diandra Forrest strutted down the runway with her two month old daughter, Rain, in tow. Forrest had been breastfeeding her child backstage, and was encouraged by designer Rio Uribe to bring the child along with her on the runway. Even though Forrest wasn't actually breastfeeding during the show, it was still a beautiful moment that showed the power of motherhood.

NYFW, like many things in society, has a long way to go in many, many arenas — diversity and feminism being at the forefront. But this season's shows had moments that showcased the progress that is being made, and that's encouraging nonetheless.