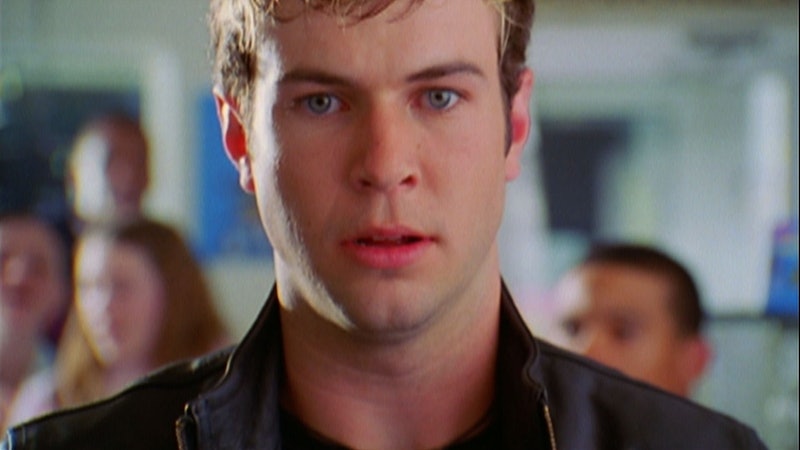 Long before Taran Killam was making us fall out of our chairs laughing on Saturday Night Live with his hilarious humor, he was making my tween heart flutter in his many appearances on Nickelodeon and Disney channel. Yes, you read that right. The same guy who can do a spot-on Donald Trump impression once spent time on Nickelodeon and Disney shows. Seriously, Taran Killam was a tween heartthrob back in the day. The actor is no stranger to comedy, and, in my opinion, his early 00s roles were some of his finest work. (If only because he had me and my friends fighting over who would get to marry him. Sadly, all of us lost.)

Not only was he a heartthrob, he was the heartthrob. In fact, in his role on Stuck in the Suburbs, he played an actual teen heartthrob musician. Talk about meta. Well, I couldn't just let the past be the past. I need everyone to relive some of his brightest moments on both Disney and Nickelodeon, because he basically ruled both. There doesn't seem to be a show around that he couldn't add his signature comedic touch to. Before the world ever spoke of Justin Bieber and Ross Lynch, there was Taran Killam.

No one plays the neglected best friend role better than Taran Killam. When he was on the parody show Moody's Point, which was a sketch from The Amanda Show, his character of Spalding was to die for. You just wanted him to find love so bad.

2. Remember When He Was A Softie

A lot of his roles involved displaying a lot of emotion in a hilarious way, and I fell in love a little more each time he did.

3. Remember Anytime He Played A Singer

I realize there is a pretty high chance that this is not really him singing, in fact, I'd bet my life on it. But, like Zac Efron in High School Musical, he adds to the vocals with his sheer charm and beautiful face. And, regardless, he had me out of my sitting singing and dancing every time.

In my little girl mind, he was the best dancer there ever was. Even though they gave him some basic boy band moves, he crushed it every time.

Long hair on men has always been a trend that goes in and out, but, during 2004, it was definitely in. Especially with those blonde streaks. But I'll get to those later.

Really, he could do no wrong when it came to his hair. Short hair, long hair, it didn't really matter. As long as I could stare at his beautiful locks on my TV screen, I was happy.

8. Remember When He Stared Into Someone's Eyes

Anytime he stared longingly into someone's eyes and they did a close up, it felt like he was staring right into my soul. This was before you could pause the TV, so I just lived for the long glances in my direction.

I'm not usually a fan of highlights on guys, but, as you probably know by now, I can forgive anything when it comes to Taran Killam.

10. Remember When He Made Fedoras Hot

It takes a true fashionista to rock a fedora, but he nailed it. Never for a minute did I doubt the majesty that was Taran Killam when he was in a hat.

This reunion was not in the early '00s, obviously. But seeing this picture just brings me back to his Disney Channel Original Movie glory days, and he might as well be Jordan Cahill again.

Luckily, I can watch him on television every Saturday night, but sometimes I just need to revisit his teen heartthrob days. Some of my favorite childhood shows involved Killam, and for that I will be forever grateful. Not to mention slightly obsessed.