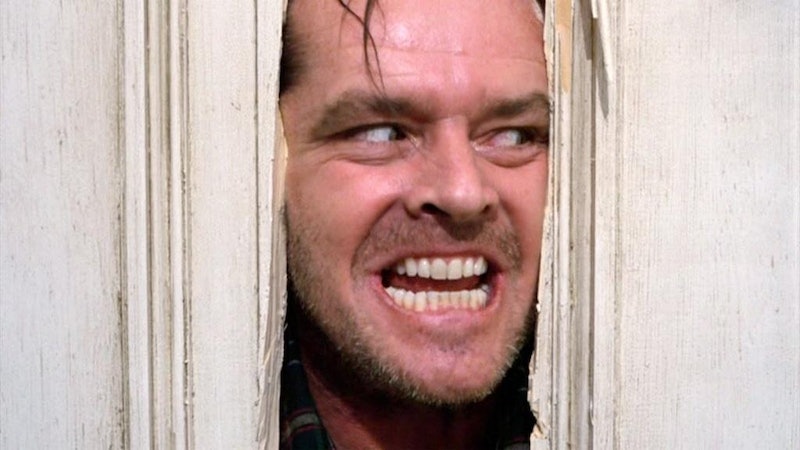 As a busy modern person with lots of things to do, you probably spend almost no part of any given day wondering whether or not you are a psychopath. I mean, who has the time? You have work projects to complete! Errands to run! The feelings of others to disregard completely! Bills to pay! You don't have the time to sit around pondering this kind of stuff!

Hey, wait, hold up a sec — what was that you said? No, not the "bills" part, the part before that? Did you agree that you regularly disregard the feelings of others? Hmmm, then perhaps you should be spending more time pondering your own possible psychopathy and less time worrying about picking up that dry cleaning, maybe?

I kid, I kid. I'm pretty sure you're not a psychopath — only one percent of the population are psychopaths, according to psychiatric researchers, and it takes a lot more than just sometimes disregarding the feelings of others to qualify (though psychologists agree that is a common trait among psychopaths).

But while we tend to associate the term with the violent, flamboyant villains of the big screen — think Hannibal Lechter from Silence of the Lambs, Patrick Bateman from American Psycho, or any dude who wore a weird mask and carried something pointy in an '80s horror movie — in real life, psychopaths can be a lot more low-key (and don't typically go around murdering hapless teens on prom night).

Though the term "psychopath" doesn't show up in the Diagnostic and Statistical Manual of Mental Disorders , the "bible" of mental health diagnoses, it is used by some mental health practitioners, and refers to someone who has, among other negative personality traits, a lack of guilt, empathy, or remorse, as well as a tendency to engage in manipulation. While those qualities may make somebody a person who you don't exactly want to be stuck talking to on a long bus ride, it doesn't mean that all people who possess psychopathic traits are violent or criminals — in fact, according to journalist Jon Ronson, psychologists estimate that about four percent of business CEOs are psychopaths.

The study of psychopathy is a controversial field within psychology, and though some researchers devote their careers to it (like Dr. Robert Hare, who developed the famous Hare Psychopathy Checklist), there's not a perfect psychological consensus about what separates a real psychopath from a garden-variety inconsiderate jerk.

So as you take our psychopath quiz, remember that, while it has been researched and is based on a variety of sources, including some medical texts, it is here for entertainment purposes only — not to help you figure out if you have actual mental health issues. If you have real concerns about your own potential psychopathy, you should see a mental health professional.

But if you're looking to have a little fun learning about your own dark side, well, let's get to it.

Click HERE to find out if you're a psychopath.

More like this
The Guide To “Witches Stairs” & Why They’re Actually Great For Small Spaces
By Emma Garza
6 Abortion Advocates To Follow On TikTok
By Sara Youngblood Gregory
Every Single Big & Small Way You Can Fight For Abortion Rights
By Tess Garcia
The 7 Best Knee Sleeves, According To An Expert
By Andrea Hannah
Get Even More From Bustle — Sign Up For The Newsletter