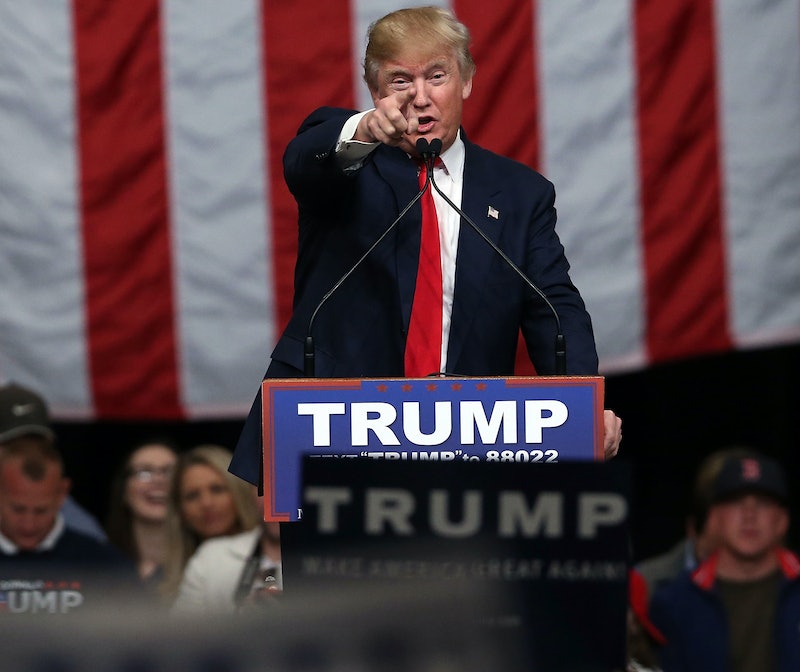 It was a huge day in politics, with both the Democratic Nevada caucuses and Republican South Carolina primary going down. And while the outcome in Nevada came fairly quickly and decisively with just a two-candidate field ― a win for former Secretary of State Hillary Clinton ― the early reports created some drama on the GOP side of things, indicating a clear three top-tier candidates grappling for first place. But now, the winner has officially been projected: the South Carolina primary winner was Donald Trump, and it's going to leave an indelible mark on the nominating race.

In the run-up to the big day, there was a considerable flurry of activity between the campaigns, some of it in that classically underhanded style that South Carolina Republicans have seen before. Republican frontrunner Donald Trump was leading comfortably by nearly 20 points in the Palmetto State for months, despite its high percentage of evangelical conservatives, a voting bloc generally though to be in Texas senator Ted Cruz's wheelhouse.

Basically, you could easily predict some aggressive tactics coming when the primary finally rolled around ― for instance, some Republican voters received pro-Cruz robocalls, slamming Trump both for supporting the pulling-down of the Confederate flag from the state's capitol, and another accusing him of being too progressive on gay rights.

The early exit polls told a foreboding tale of Cruz and Rubio’s uphill climb against Trump, and according to projections from numerous outlets ― the AP, NBC News, and Fox News alike ― the warning signs ended up being validated.

Despite evangelicals being a core base of support for Cruz’s candidacy, Trump was leading at the very start, as well as among veterans. This was an early sign that what the Republican establishment had desperately hoped ― that Trump’s last debate performance, in which he condemned George W. Bush over the 9/11 attacks and accusing him of lying about Iraq’s possession of weapons of mass destruction had mortally wounded him ― did not come to pass.

The impact of this win can't be overstated ― as it stands now, Trump has a firm grip on the top spot in the Republican field, even as its winnowing itself to just three remaining candidates. And it also can't be overstated how effective Trump's aggressive anti-Muslim rhetoric has caught on among swaths of the Republican base ― according to a CBS News exit poll, 75 percent of Republican South Carolina primary voters support Trump's proposed travel ban on Muslims entering the United States.