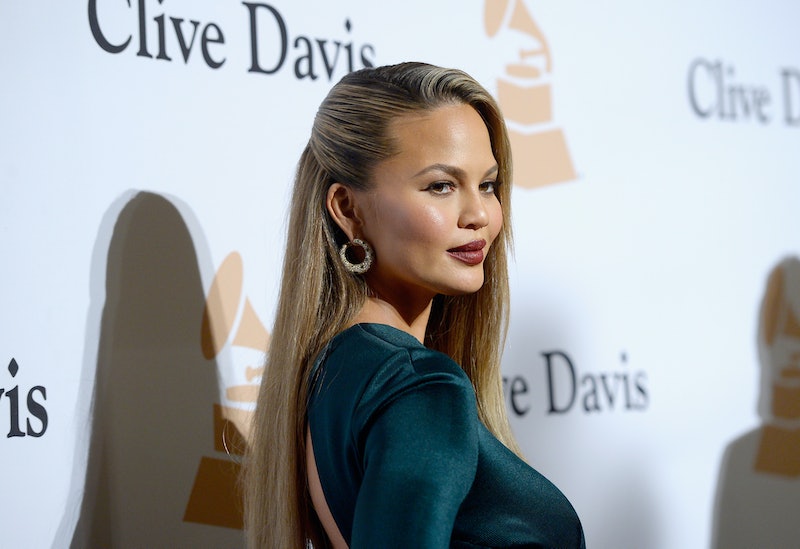 Jeb Bush had a rough night. The former Florida governor didn't do well in the GOP South Carolina primary, and promptly took the Saturday evening affair as an opportunity to announce the suspension of his campaign. The speech came as a surprise to very few people, let's face it, and viewers across America were already more than prepared to tweet their assessment of his failed efforts. However, Chrissy Teigen's tweet about Jeb Bush may just be the best summary of a rather puzzling presidential candidacy. It's certainly one of the most hilarious tweets following Bush's big announcement.

Bush was one of the few candidates on the Republican side who carried a whole lot of political clout. His brother and father had been presidents, after all. The former candidate also had an impressive resume, serving two terms as governor of Florida and continuing to express his interest in politics long after his final term was up.

Sadly, none of those bonafides could stop the momentum of Donald Trump. Instead, what voters appeared to focus on were the more embarrassing moments in the Bush campaign, such as when he asked voters at a New Hampshire rally to "please clap" for him. Even on the debate stage, Bush had some seriously cringe-worthy moments.

The candidate would appear to gain momentum late into the political race, finally successfully challenging frontrunner Donald Trump during the eight GOP debate. His confident moment in the spotlight was too little too late, however. It appears that everyone saw the writing on the wall long before Bush made his campaign suspension speech on Saturday. Confused by Bush's sputtering failure of a campaign? Apparently so is he, according to Teigen's assessment. Teigen's tweet certainly isn't the first time she's eviscerated a presidential candidate — just ask Donald Trump.

The model may be onto something when it comes to election 2016 hot takes. Bush indeed appeared to be the "constantly confused" candidate whose demeanor had been repeatedly questioned nearly as long as his quest to nab the Republican presidential nomination. Was somebody forcing the former Florida politician back into a world he'd professionally left behind? Perhaps his family's influence was what compelled bush to enter the 2016 primary election cycle. Bush's mom certainly was an avid supporter of her son and soon began appearing with the former candidate seemingly everywhere, almost in a last ditch effort. The world may never know why Bush was running. If Teigen is right about his befuddled state, then Bush certainly won't be answering that question anytime soon, either.

More like this
This TikTok Trend Wants You To Be Nicer To Your Inner Child
By Courtney Young
Boris Johnson’s Leadership Is In Question – Again
By Bustle UK
Every Single Big & Small Way You Can Fight For Abortion Rights
By Tess Garcia
Demi Lovato, Jessica Chastain & More Stars Celebrated The 4th Of July By Protesting
By Jake Viswanath
Get Even More From Bustle — Sign Up For The Newsletter