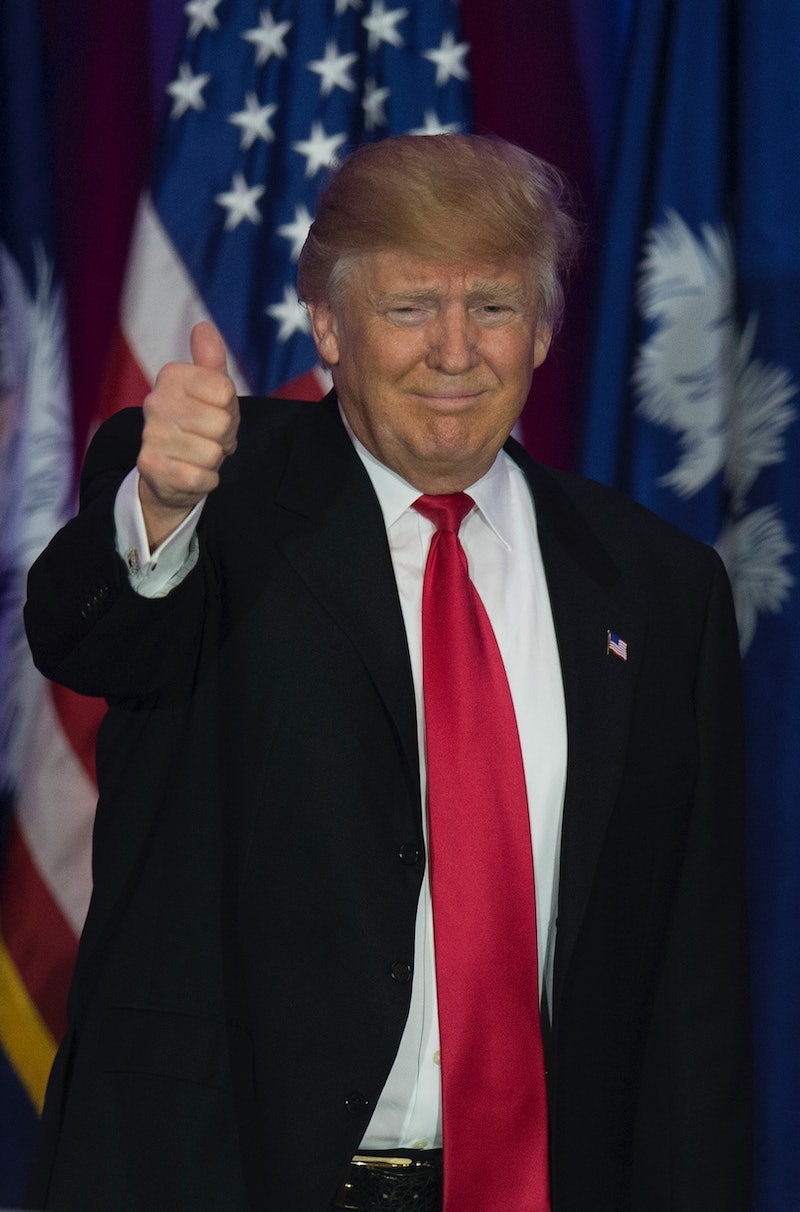 The Republican South Carolina primary was a major victory for GOP frontrunner Donald Trump. The event was called less than an hour after polls had closed in favor of the Donald on Saturday night. As the final vote tally comes in from the Palmetto State, it appears that Trump is set to nab all 50 delegates. Such an even distribution of voters primarily in favor of one single candidate is simply unprecedented in the state. South Carolina has a rather topsy turvy history as the "first in the south" primary, leading many to wonder if anyone before Donald Trump has won all of South Carolina's delegates before.

Trump is the first candidate on the right to nab every single South Carolina delegate since the state switched its "winner take all" primary system in 2000. Save for a lone caucus in 1988, between 1980 and 1996, the state awarded all its delegates to the candidate who polled the highest overall. The 1984 election did not contain a GOP South Carolina primary, as incumbent Ronald Reagan was seeking reelection. South Carolina switched to a hybrid system at the dawn of the new millennium, instead distributing delegates by overall winner as well as congressional district winner. Trump is the only candidate to win all seven of South Carolina's congressional districts, thus winning all delegates. He very nearly emerged victorious in every county in the state, losing out to Marco Rubio in Richland and Charleston County but otherwise remaining at the top everywhere else.

It's been similarly rare on the left for presidential hopefuls to nab every South Carolina delegate since the 2000 switch from "winner take all" rules. The Democratic South Carolina primary operates on a proportional system that directly corresponds to the percentage of votes each candidate receives. The 2000 switch was indeed the only year that a single candidate received all delegates on the left. Exactly 43 delegates would go to Al Gore, who earned the Democratic presidential nomination that year. Gore polled impressively throughout the Palmetto State. He would nonetheless lose to George W. Bush in a highly contentious 2000 presidential election.

Trump appears to be simply unstoppable in his ascent. Still, anything can happen, as was evidenced with Bush vs. Gore. For now, the Donald can bask in the satisfaction that he has made history in the Republican party and beyond. His next big battle as he seeks to receive the presidential nomination will take place in Nevada, as the Republican caucus is set to be held in the Silver State on Tuesday.