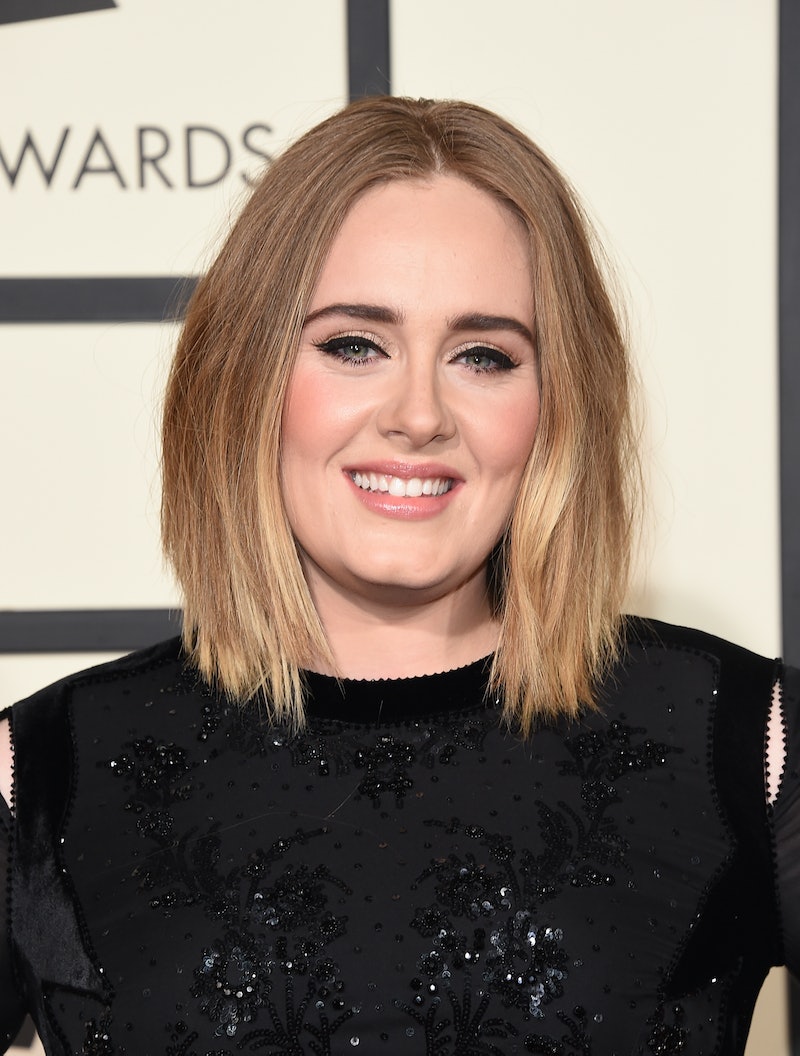 Although many entertainers are known for their marked ability to appear youthful, with some even playing perpetual high school seniors well into their 30s (Harry Potter's Moaning Myrtle, Grease's Rizzo, Hannah Montana's older brother Jackson...) others appear far older than their birth certificates might suggest. This is not necessarily due to looks; many of these celebs feel older than they are simply because they act mature, or settled down young, like Blake Lively (only 28!) or Adele (27!). All of this confusion means that it's easy not to realize that some celebrities are the same age, despite the big differences in their appearances, demeanors, or accomplishments in life.

It's not only about looking older or younger. There are also celebrities who, because they began as child stars, are hard to fathom in adult human form (see: Dakota Fanning), and stars seen as mythical, seven-foot-tall beings (looking' at you, LeBron James). Finally, in the highest caliber of celebrity aging, there are those who simply do not do it (cc: the "Pharrell Doesn't Age" meme). Comparing these sorts together constitutes a mindf**k of the highest caliber, as these 23 celebrities you won't believe are the same age prove.

One has a life partner and a baby, the other... is super into Mario Cart right now. Both legends in their own right, nonetheless.

2. Ellen DeGeneres & Madonna Are Both 58

Both like to dance, to be certain, but DeGeneres' moves are a bit different than Madonna's.

Honestly, I can't believe either one of them is 78 to begin with.

Yep, it's true: Both actors were born in 1971. However, while Leto broke through at age 23 with My So-Called Life, Poehler was already 30 by the time she joined Saturday Night Live as a Featured Player in 2001.

McBrayer and DeRossi, both ageless, were born in 1973, but the former undoubtably seems more childlike thanks in part, perhaps, to his 30 Rock character.

All three were born in 1970, but maybe this shocks me just because it seems like they'd never be in the same room at the same time.

7. Jennifer Aniston And Jennifer Lopez Are Both 47

But neither of them ever seem to age.

8. Carly Rae Jepsen And Lady Gaga Are Both 29

"Call Me Maybe"/"Telephone" remix, anyone?

9. Michael J. Fox And George Clooney Are Both 54

Both were born in 1961, except one came to fame as a lovable time-traveling teen, and the other as a doctor/heartthrob on ER.

10. Alison Brie And Elizabeth Moss Are Both 33

The Community actor and the Mad Men star are both 1982.

Both the actor and the talk show host were born in 1964. Maybe Lowe just seems younger because we've all watched him grow up.

Is your mind blown yet? Same.