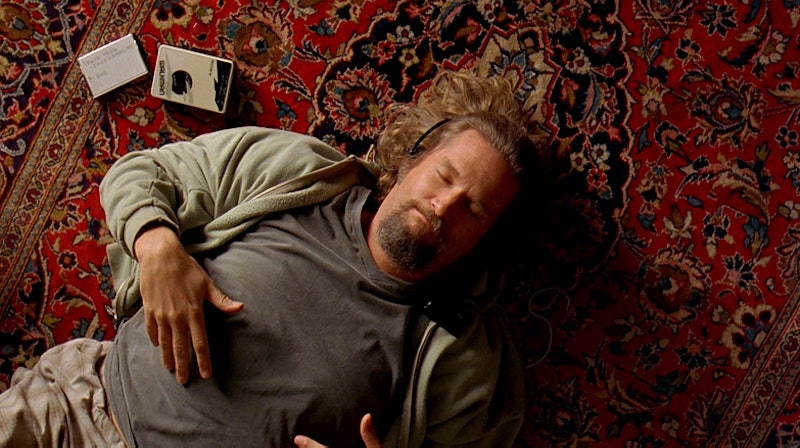 One day every winter, movie fans wake up early to hear which movies are nominated for the Academy Awards. When the announcement is finally made, disappointment and outrage set in — then the whole process repeats on the night of the ceremony because let's face it, the Oscars often don't get it right, at least in many fans' opinions. No decade makes that more clear than the '90s, an era in which the Oscar snubs were particularly egregious, IMO.

There are several movies from that time that are considered classics that didn't merit so much as a technical nomination the year they were released. From an undisputed Coen brothers masterpiece to one of the most elegantly heartbreaking action movies of all time, being a quality, original movie in the '90s was tough. While this list is all about the great movies that didn't land a single nomination, there were some pretty epic fails at the actual ceremonies, too. Always remember you live in a world where Pulp Fiction lost the Best Picture race.

Forget it Jake, it's Hollywood, and in Hollywood American Beauty and its floating plastic bag is somehow more deserving of love than Office Space. Prepare to be outraged all over again because the following 12 '90s movies were nominated for a grand total of zero Oscars. The world is a sad place sometimes, guys.

It's a good thing The Dude is so chill, because otherwise he wouldn't abide a modern classic like The Big Lebowski being completely shut out by the Oscars. That's right, one of the Coen brothers greatest — and that is saying something — and most enduring films has no nominations to its name, not even one for Jeff Daniels masterful, iconic performance as The Dude.

Action movies are generally overlooked by the Academy as a rule. They might get a tech nod here or there, but overall the genre is as ignored as comedy. That doesn't make the snubs for Léon: The Professional any easier to accept, though. The story of an assassin and his young, angry 12-year-old protégée is as beautiful as it is heartbreaking. At the very least, the Academy should have acknowledged the young Natalie Portman's astoundingly raw performance.

In the Academy's defense, Office Space wasn't exactly a hit when it premiered. Still, writer/director Mike Judge's dark, witty script that so perfectly captured the mundane nature of office work should have been honored.

It's only one of the greatest love stories of all time. No big deal, right?

Another Coen brothers film, another snub. I don't care how pretty those sunsets in Dances with Wolves were, they had nothing on the cinematography in Miller's Crossing — and don't even get me started on the director category.

Despite sitting at the top of nearly every critic's best of list in 1997, Eve's Bayou, with all of its unforgettable performances, was completely forgotten by the Academy. Like Portman, Jurnee Smollett-Bell is a now-huge young actor whose work should have been rewarded.

This story of Chinese mothers and daughters is still wholly unique and unbelievably emotional today. Unfortunately, in 1993 it couldn't make the cut for the Academy.

Before an animated category was added to the Oscars, precious few animated films earned recognition, but an exception should have been made for a movie so full of humanity.

This movie is the cinematic equivalent of a jolt of adrenaline. Its frenetic energy was a groundbreaking achievement in the field that should not have been overlooked.

Festen is historically significant for being the first movie made adhering to the Dogme 95 Manifesto, but it's not just the purity of the film-making that was overlooked by the Academy, but also the searing performance from Ulrich Thomsen.

It's like the Academy voters don't even have hearts!

A movie that redefined the way a generation talked should have at the very least earned Amy Heckerling a screenwriting nomination.

I expect all of these movies to receive retroactive awards in another 20 years, Academy.