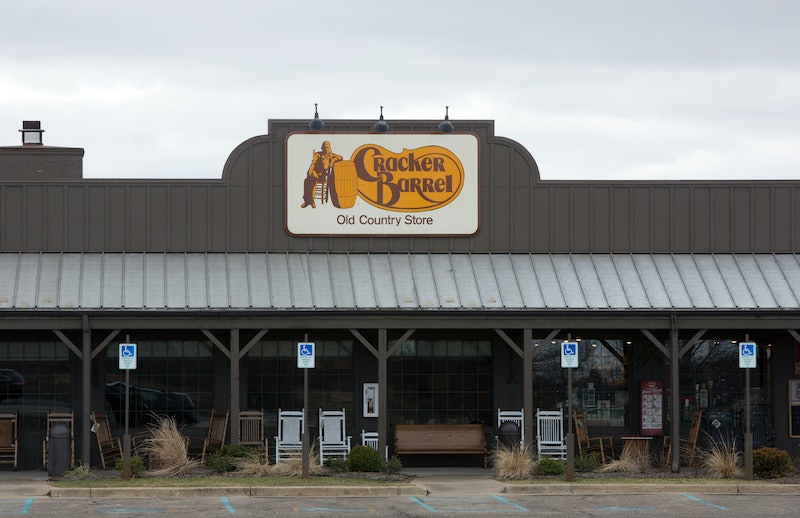 Among the victims of the Saturday night shooting rampage in Kalamazoo, Michigan, were Mary Lou and Mary Jo Nye, two college roommates and sisters-in-law who were out on the town. They had just gone to dinner and a show and were returning to Cracker Barrel to pick up a car when they were gunned down, along with the rest of their dinner companions.

The two shared much more than first and last names. Mary Lou's son Bart told Michigan Live, the website of the Kalamazoo Gazette and other Michigan papers, that the two met once a month for dinner at the Kalamazoo Cracker Barrel and a show at Western Michigan University's Miller Auditorium in order to stay in touch. The two had met as college roommates at the school decades ago, but now lived just over an hour apart.

That's what they were thought to be doing when the suspect Uber driver Jason Brian Dalton, 45, of Kalamazoo, approached their vehicles and shot everyone inside at about 10:20 p.m. Saturday night. It was the third stop of Dalton's rampage. Mary Lou, 62, was alone in her Oldsmobile minivan, but Mary Jo, 60, had three passengers, two of whom were also fatally shot. The other passenger was a 14-year-old who remains in critical condition. Bart said he did not know how they all knew each other, but it was thought they were friends.

Mary Lou fell in love with one of Mary Jo's older brothers, Christoper, and married him. She lived in Baroda, Michigan — her husband and sister-in-law's hometown — and had been married for more than 40 years. The couple had one son, Bart. Mary Lou managed the secretary of state's office in a neighboring town until it closed a few years ago, and had worked at a daycare ever since. According to her son, Mary Lou loved to read and dote on her 5-year-old grandson.

Mary Jo was a former teacher at Calhoun Community High School in Battle Creek. According to the school's assistant director Tara Egnatuk, Mary Jo was integral to founding the alternative high school for at-risk and troubled teens. "She became like a mother to a lot of kids," Egnatuk said of Mary Jo. She had retired about four years ago but had continued to attend graduation every year since. Bart said his aunt was engaged and liked to sew and quilt.

Funeral arrangements had not been made, but Bart said it was likely his mom and aunt would share one service. A GoFundMe page has been set up to help the family.