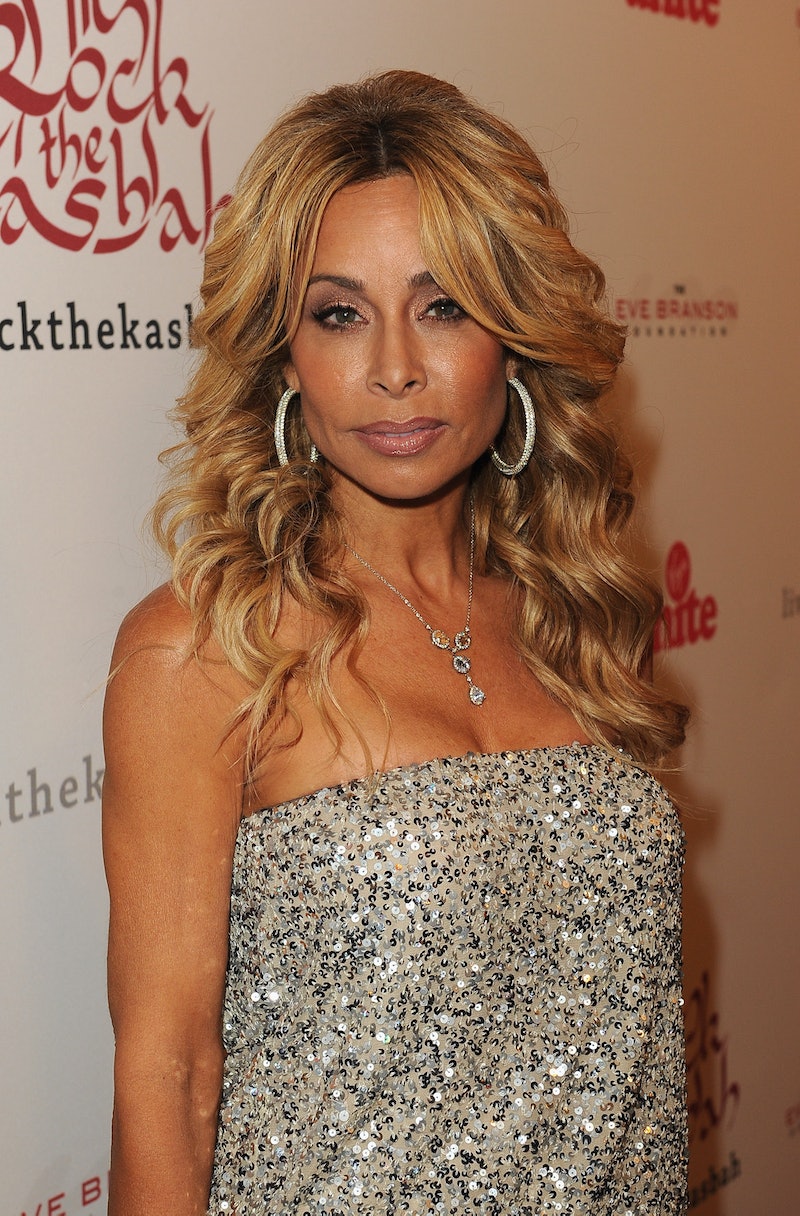 Before reality TV was even a thing, several people became famous through the O.J. Simpson trial in 1995 — and it wasn't limited to Robert Kardashian, the "dream team" member with that famous last name. Simpson guest house occupant Kato Kaelin became a media favorite and so did Faye Resnick, a friend of murder victim Nicole Brown Simpson. On Tuesday night's American Crime Story, the FX series will show how Faye Resnick's tell-all book affected the trial, during which Simpson was found not guilty of the murders of Brown Simpson and Ronald Goldman, on both sides of the courtroom. The book Nicole Brown Simpson: The Private Diary of a Life Interrupted, famously written by Resnick and the National Enquirer's Mike Walker, was released in October 1994, before the trial began in January 1995.

At the time, the impact of the 244-page salacious book's release was immediate. According to the Los Angeles Times, it caused Judge Lance Ito to halt jury selection and he asked several TV news programs to postpone scheduled interviews with Resnick, so that he could "weigh the impact" of her words. In the book, Resnick describes herself as a "Beverly Hills socialite" and close friend of Brown Simpson, and claims that Simpson had an affair with actress Tawny Kitaen and repeatedly stalked and physically abused his ex-wife. During his civil trial, Simpson admitted to having a one-year affair with Kitaen, as reported by the Spokesman-Review, however, he denied beating Brown Simpson.

In 1994, Resnick told the LA Times, "The prosecution has a very good idea of what I can offer them as a witness," but the newspaper also reported that the prosecution saw Resnick as a liability due to her reputation and history, which the defense was using to discredit her. Simpson's defense attorneys "condemned" Resnick's book, according to the LA Times, and Simpson himself called it "crap" in the CNN interview above. People reported in 1994 that Resnick was an admitted cocaine addict who had made many trips to rehab and Simpson's "dream team" used that to shape their case. Johnnie Cochran and his fellow attorneys suggested that Brown Simpson and Goldman had been killed by drug dealers looking for Resnick, as reported by the LA Times. However, Judge Lance Ito did not let the defense team advance that theory, deeming it "highly speculative," according to the New York Times.

"They can say whatever they want, and they will in their work," Resnick told CNN of the defense. "They have been coming after me since the second day after Nicole was murdered, they started making up all of these grotesque lies." In the end, Resnick was not called as a witness in Simpson's criminal trial, but she did give a three-day deposition in the Brown and Goldman families' later civil lawsuit against him, according to the Chicago Tribune.

Resnick may not have testified in the criminal trial itself, but it's impossible to know exactly how The Private Diary of a Life Interrupted may have influenced the proceedings. One thing we do know, however, is that Connie Britton slays as Resnick on American Crime Story — and there's plenty of evidence to prove it.

More like this
The Staircase Explores The Murder Trial That Ripped A Family Apart
By Gretchen Smail
David Rudolf, Michael Peterson’s Attorney In 'The Staircase,' Is Still Practicing
By Taylor Maple and Morgan Leigh Davies
Where Michael Peterson From 'The Staircase' is Now
By Justice Namaste
The True Story Of Candy Montgomery From Hulu’s True Crime Series
By Radhika Menon
Get Even More From Bustle — Sign Up For The Newsletter