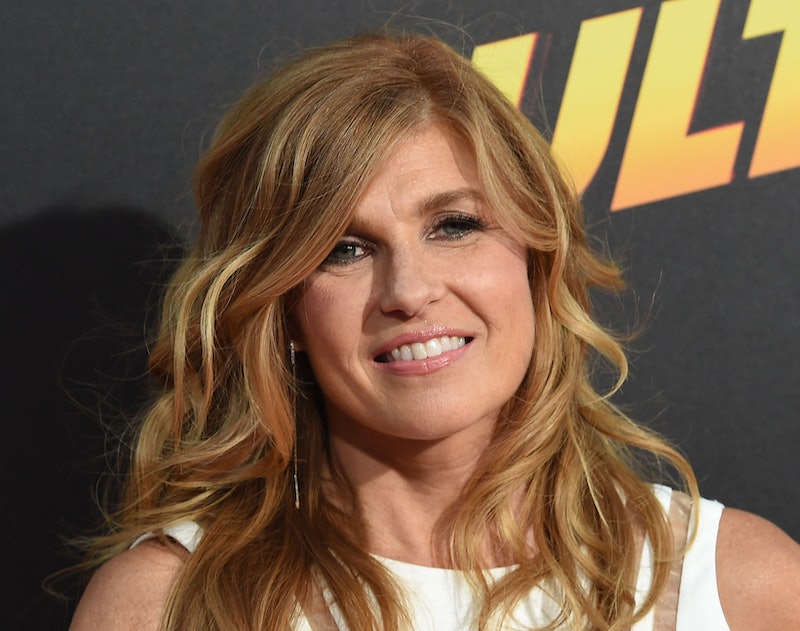 Ryan Murphy loves the actors that he works with — so much so that he's made a habit of casting the same people in many of his different projects throughout the years. So when it was announced that Connie Britton was cast on American Crime Story : The People v. O.J. Simpson , I wasn't the least bit surprised. Murphy and Britton go all the way back to American Horror Story's first season, Murder House, and this latest anthology series offered up the perfect opportunity for them to work together again. But who is Connie Britton playing on American Crime Story ? Murphy made sure to give his former AHS star a crucial role in the O.J. Simpson saga.

Britton will take on the role of interior designer and TV personality Faye Resnick, who is best known for being a close friend of the late Nicole Brown. In fact, Resnick had actually stayed with Brown just a few days before she was murdered, according to the New York Post, and testified against Simpson in a deposition before his trial for the murders of Brown and Ronald Goldman, of which he was found not guilty. With Resnick so involved in the case, you can expect to see quite a bit of Britton as the season progresses.

Simpson's defense team actually suggested that Resnick's cocaine use, which she has admitted to, caused the murders, proposing the theory that drug dealers killed Brown believing her to be Resnick, as reported by the Los Angeles Times. However, Judge Lance A. Bato dismissed that theory as "highly speculative" and did not allow Simpson's lawyers to advance it, according to the New York Times. Resnick, meanwhile, found "any contention that Nicole Simpson's death was related to her drug use is ludicrous," according to the LA Times.

In addition to her involvement in the trial itself, Resnick collaborated on two different books about the murders, 1994's Nicole Brown Simpson: The Private Diary of a Life Interrupted and Shattered: In the Eye of the Storm in 1996.

Today, Resnick may be a recurring fixture on The Real Housewives of Beverly Hills, but you shouldn't overlook her importance in the story at American Crime Story's center. Her involvement was controversial, but if anyone is capable of portraying this complex figure in The People v. O.J. Simpson, it's Britton.