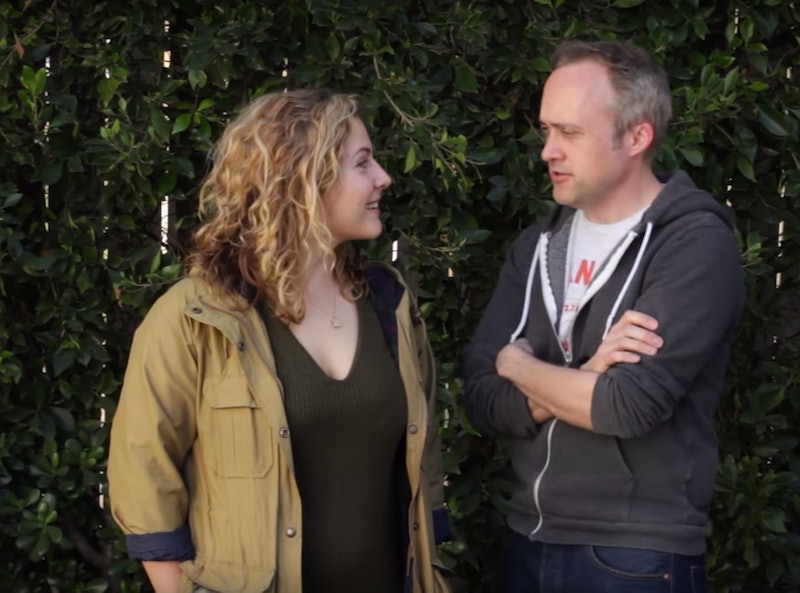 This new video from BuzzFeed imagines what it would be like “If Moms Were Treated Like Dads,” hilariously skewering the gender stereotypes that men and women face when they become parents. Although research has shown that parents are moving further and further away from “traditional” gender roles, with more men participating in housework and parenting and more women working outside the home than in previous decades, it’s still common to see people applying gendered expectations to mothers and fathers, and making stereotypical assumptions about what role they play in their households and their children’s lives. As this video deftly illustrates, these conventions harm mothers and fathers.

The video focuses particularly on the way that dads are often seen as “secondary” parents by turning the tables and having women portray the typical “dad” roles. In traditional models, the woman is often regarded as the parent who is “in charge” of childcare and who is most well equipped to deal with kids. Dads are, in turn, believed to be either uninvolved with childrearing, or simply incompetent. By putting women on the receiving end of comments that are often directed at fathers, the video emphasizes just how ridiculous these attitudes are. Take, for example, the scene in which a woman discovers that there is no changing table in the women’s bathroom (as is so often the case for men’s restrooms). Or the one in which someone assumes that a mom isn’t equipped to deal with her kid’s scraped knee. Or the one in which a mom is heaped with praise for something as mundane as “chipping in” and folding laundry. Or this exchange:

The moral? We shouldn’t make assumptions about the inner workings of families that aren’t our own, and we shouldn’t assign couples with certain parenting qualities just because one happens to be a mother and one happens to be a father. And, of course, we shouldn’t make assumptions that all families have a mother and a father — because families come in all sorts of configurations, including ones with single parents and parents of the same gender. So, basically, just don't assume anything.

More like this
The Rarest Baby Names In The U.S., According To The Most Recent Data
By Mia Mercado and Emma Carey
The Most Compatible Life Path Numbers, According To Numerologists
By Kristine Fellizar
The 3 Most Compatible Matches For Life Path 1s
By Kristine Fellizar
9 Alternatives To The 3-Day Texting Rule In Dating
By Ginny Hogan
Get Even More From Bustle — Sign Up For The Newsletter