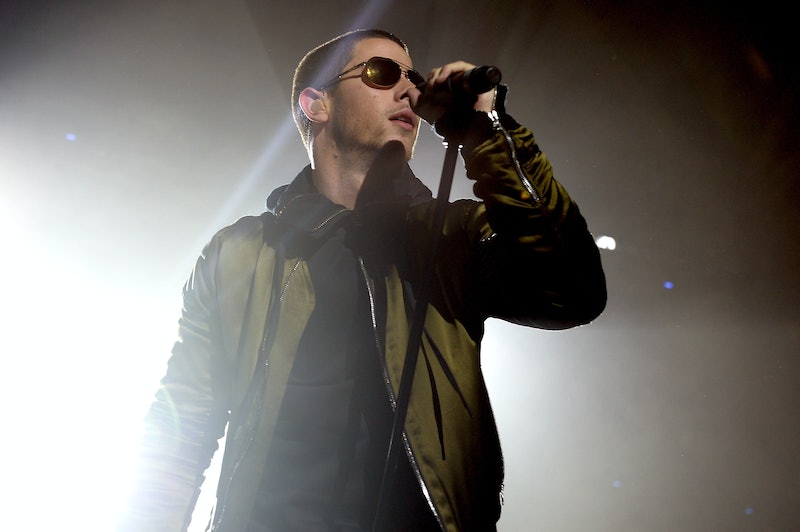 After taking a little time to concentrate on acting, the middle Jonas brother is re-focusing his attention on music: According to a video posted to his official Instagram page, Nick Jonas' new album is finished... and new music is "coming soon"! So, when will Nick Jonas release his new album? And how long will we have to wait to hear a new single? Those are both great questions — and I'm going to do my best to get to the bottom of 'em! As you may recall, Jonas unexpectedly performed a new song called "Under You" at the iHeartMedia Music Summit in August 2015, which caused many people to believe his next album was just around the corner. However, the heartthrob threw us all for a loop and reissued his 2014 self-titled LP instead!

"Levels," which premiered in August 2015, served as the lead offering from X2, the Nick Jonas re-release. Though the track was a moderate success, it failed to reach the dizzying heights of Jonas' 2014 smash hit "Jealous," and fans have been patiently waiting for new tunes ever since. The 23-year-old star told Entertainment Weekly in September 2015 that he was thinking his next project would drop at "the end of February," but because we're approaching the end of the month and there's still no sign of a lead single, I'm guessing his plans have changed.

However, because Jonas wrote that new music is "coming soon" in the caption for his latest Instagram video (above), I'm going to be optimistic and predict that he'll release a new single on Fri., March 11. (Remember: Most new music is now released on Fridays.) This would give the singer plenty of time to hype the song before its premiere. Then, because lead singles typically precede an album by two months, I'm going to predict that Jonas' new album will arrive sometime in May. Yes, I think summer 2016 is going to be the summer of Nick!

So, what style of music can we expect to hear on Jonas' third solo effort? In his aforementioned September 2015 Entertainment Weekly interview, he said that "Levels" was "a good introduction to the next step" of his music career. "I think [the album will] go even a bit further with some more soul and R&B sounds, even hip hop influences in there," he said. "I'm really just digging deep." Intriguing.

As for "Under You," well, no one is quite sure what happened to the song! Whether or not it will end up on the tracklist for Jonas' forthcoming new album is currently unknown — but hopefully, we won't have to wait too much longer to find out. Stay tuned for more details.