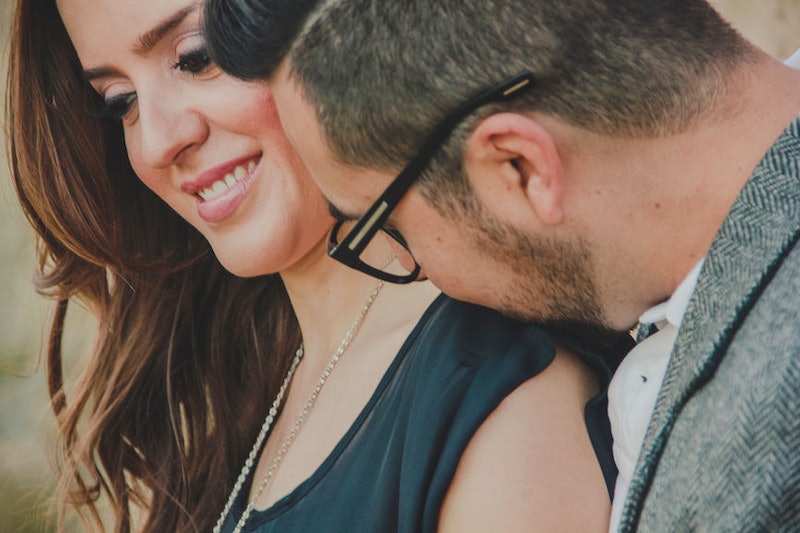 If there was one person who knows what makes or breaks a relationship, it's Dr. John Gottman. The Gottman Institute has spent decades and decades looking at how we get along (and fight) as couples and what can predict a divorce. According to their website, they "are committed to an ongoing program of research that increases the understanding of relationships and adds to the development of interventions that have been carefully evaluated." Basically, by researching what actually causes fights and animosity, and the effects different behaviors have on the success of a relationship, they been able to predict with uncanny certainty whether a relationship will last— and they know what can break it.

So, what does Dr. Gottman say is the number one divorce predictor? It's contempt. That sort of angry disdain for the person your with, that's what makes you most likely to get divorced. Which makes sense, because fights or disagreements are a normal part of relationship, but if you have contempt for your partner or their point of view that's going to completely ruin any chance at proper communication. And Dr. Mike McNulty of The Gottman Institute tells Cosmopolitan that if you can't handle communication around fights or disagreements well, you're in for a world of trouble in your relationship. He tells Cosmo:

Partners who are headed toward divorce have the following tendencies: They become angry and use what we call the 'four horsemen of the apocalypse or negative patterns of communication, which are criticism, contempt, stonewalling, and defensiveness.

The good news is that even if your relationship is experiencing this, it doesn't mean it's doomed. The fact that you're thinking about and working through problems is much better than just ignoring them. McNulty says "relationships die by ice rather than fire," so when you stop talking and just stop developing is when you need to be worried.

There are lots of different ways to help deal with conflict and avoid contempt, McNulty suggests things reconfiguring your expectations, actually listening to your partner's point of view, and explain your feelings without blaming. It's solid advice, and learning how to communicate around sticky situations definitely seems to be one of the keys to long-term success.

While contempt seems to be the biggest factor we've heard about, there are some other weird factors that can science says can predict divorce:

Seriously. One study found that the stress from a commute that's 45 minutes or longer has a huge impact on your relationship. And that relationship stress can lead to divorce. Which makes sense, if you're in the car or subway and miserable for at least an hour and a half of your day, it's going to affect you somewhere.

We say that age is nothing but a number, but bad news for those spring to autumn relationships: one study found that the smaller the age gap between the two of you the less likely you were to divorce, and they divorce rate grew from a five-year gap onward.

And not in a "staying together for the kids" kind of way. A study in the Review of Economic Studies found that having a son made you five percent less likely to divorce.

While all of these are interesting, they show how many things happen that are out of your control that can affect your relationship. It makes focusing on the things you can control— like communication and keeping contempt far away from your relationship— all the more important. You can't avoid disagreements completely, but you can control how you deal with them.

More like this
The 19 Best Tweets & Memes About Bisexual Awareness Week
By Lexi Inks
Breeding Kinks Have Been On The Rise Since Roe V. Wade Got Overturned
By Lexi Inks
Are Quality Time & Gift-Receiving Love Languages Compatible?
By Lexi Inks
30 Clever Ways To Slide Into Your Crush's DMs
By Griffin Wynne, Carolyn Steber and Lexi Inks
Get Even More From Bustle — Sign Up For The Newsletter