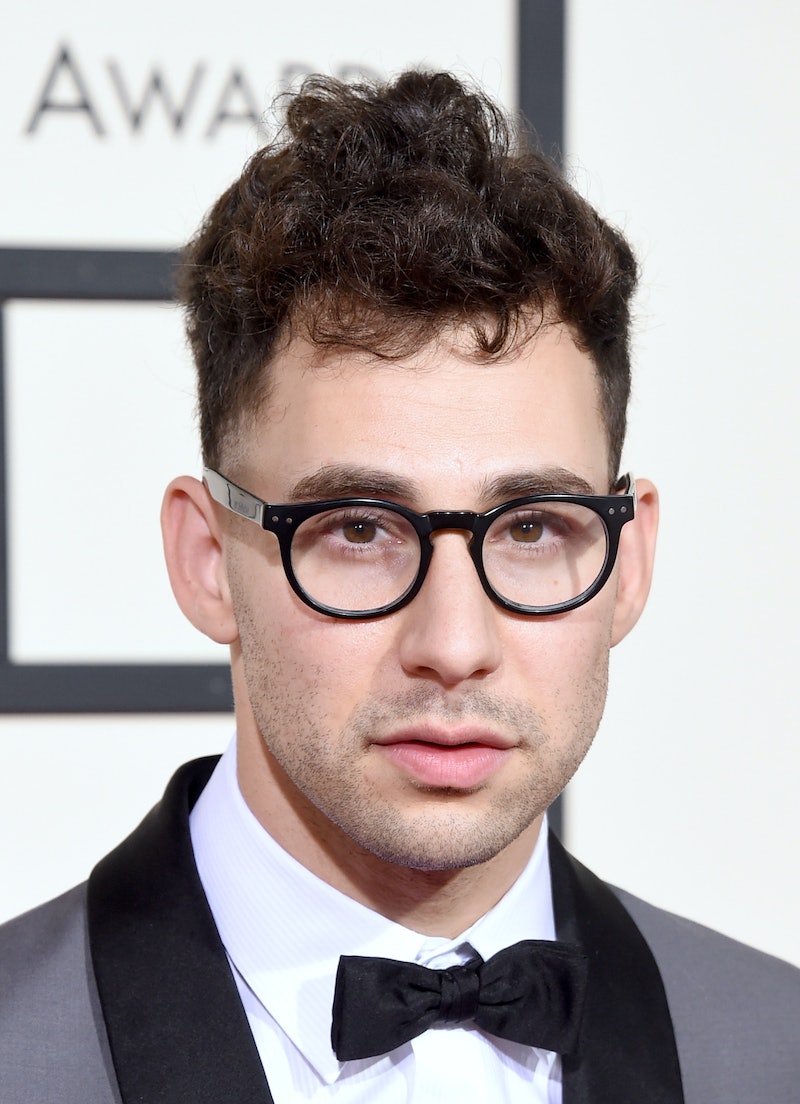 After a New York Supreme Court judge ruled against Kesha's plea to release herself from her contract with her alleged abuser and producer Dr. Luke Kemosabe (real name Lukasz Gottwald), many celebrities and fellow musicians have lent their support publicly to the singer to let her know she's not alone. Along with her many fans and supporters, celebs are also voicing their support on Twitter with the hashtag #FreeKesha. The latest to offer help is Jack Antonoff, who tweeted at the 28-year old singer that he would produce music for her and "leak it" (so as not to technically violate her contract) or just "wait until that creep can't block [her] anymore." Antonoff's public support follows in the footsteps of Taylor Swift, Demi Lovato, Fiona Apple, Lorde, and Kesha's legions of fans and supporters worldwide.

In a series of tweets on Monday, Antonoff reached out to Kesha and offered his help and resources, although, as Vulture notes, Antonoff's band Bleachers is signed a Sony subsidiary, the label RCA Records, and a leak could complicate Kesha's already horrific situation. But he does have clout: he's worked with other big female acts like, "Grimes, Troye Sivan, Carly Rae Jepsen, and Sia, and Taylor Swift." Swift herself donated $250,000 to Kesha after the decision was ruled on Friday, February 19 in favor of Dr. Luke.

A bevy of other musicians have voiced their outrage, sadness and support for Kesha, many of them on Twitter themselves. Lady Gaga, Ariana Grande, Lorde and Haim (among others) have reached out.

Fiona Apple, patron saint of angry girls everywhere, posted a photo of herself with a sign of solidarity and support, which has been reposted by the likes of Miley Cyrus and Margaret Cho.

As for Kesha, the 28-year old singer says she is "overwhelmed" by the support she has received from her fans and her colleagues and friends in the music industry who are not only condemning the legal decision but Sony's complicity by not releasing her from her contract with her accused abuser. "Thank you for all the support in my legal case animals," she tweeted on Thursday. "I love all of you."

After filing a lawsuit against Dr. Luke in 2014, Kesha's lawyer, Geragos, told Billboard in a statement:

More like this
Spice Girls’ Net Worth: The Richest Member Is Wealthier Than The Rest Combined
By Hugh McIntyre
Harry Styles Addresses The Theory That His New Song "Daylight" Is About Taylor Swift
By Jake Viswanath
Joe Alwyn Reacts To Taylor Swift Earning An NYU Doctorate In A Rare Interview
By Jake Viswanath and Nicole Pomarico
Watch The Dramatic First Trailer For Netflix's Jennifer Lopez Documentary
By Alyssa Lapid
Get Even More From Bustle — Sign Up For The Newsletter