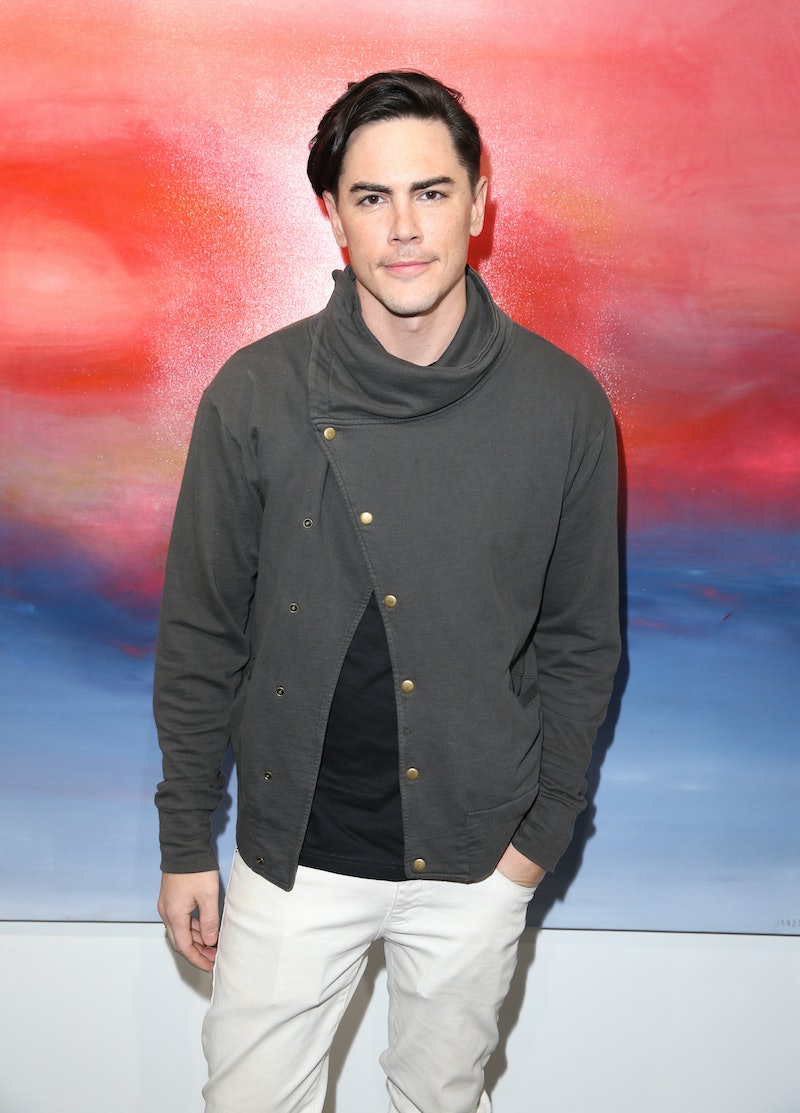 Not long ago, Vanderpump Rules fans were gifted with The Bacon A. What is The Bacon A? It's the glorious tattoo that Tom Sandoval got on his butt while in Vegas, that's what it is. Tom and Tom (Schwartz) both decided to get tatted up on their boys trip to Las Vegas and while Schwartz's tattoo was well-received by Katie, Sandoval's tattoo didn't get the same love. The decision to get a flaming "A" tattoo might make you wonder how many tattoos Vanderpump Rules' star Tom Sandoval has. Was this a ~special~ occasion where Tom got swept up in the excitement? Or is Tom inked up all over the place (and more importantly, with what other breakfast foods?)

Let's go back and remember what exactly went down in Vegas... Oh, that's right, this is Vegas, we can't remember. After the guys had a relatively low-key night out and returned to their hotel room, tattoo-less, they decided to go back out again which is when the real magic happened. Schwartz got a tattoo of a nickname for Katie and Sandoval got The Bacon A. Shockingly, Jax — the one guy who is known for getting women's names tattooed on his body — didn't partake in the fun while in Vegas. (More on that irony, later.)

Tom's tattoo became a bit of a joke when the guys got back to Los Angeles. Lisa Vanderpump called it "the worst tattoo she's ever seen," and even Tom's mom hated it, noting that she never thought he'd get a tattoo. Luckily, tattoo removal exists and it seems like Tom is going to use his Vegas earnings to get the tattoo removed from his butt.

Because Tom's mom said she never thought Tom would get a tattoo, I'm lead to believe that the Vanderpump Rules star doesn't have any other ink on his body (or maybe mom just doesn't know). Of course, there was this "joke" tattoo that Tom and Tom both wrote on their bodies a couple of years ago making fun of Jax's tendency to get girlfriends' names tattooed on his body. Looking back, the irony is definitely laughable on many levels.

Hopefully Tom's tattoo removal works out for the best. Something tells me that he's scarred enough from The Bacon A to really think about getting his next tattoo. If he's looking for some suggestions, may I suggest a tattoo of waffles with whip cream that says "Vanderpump Rules Forever"?