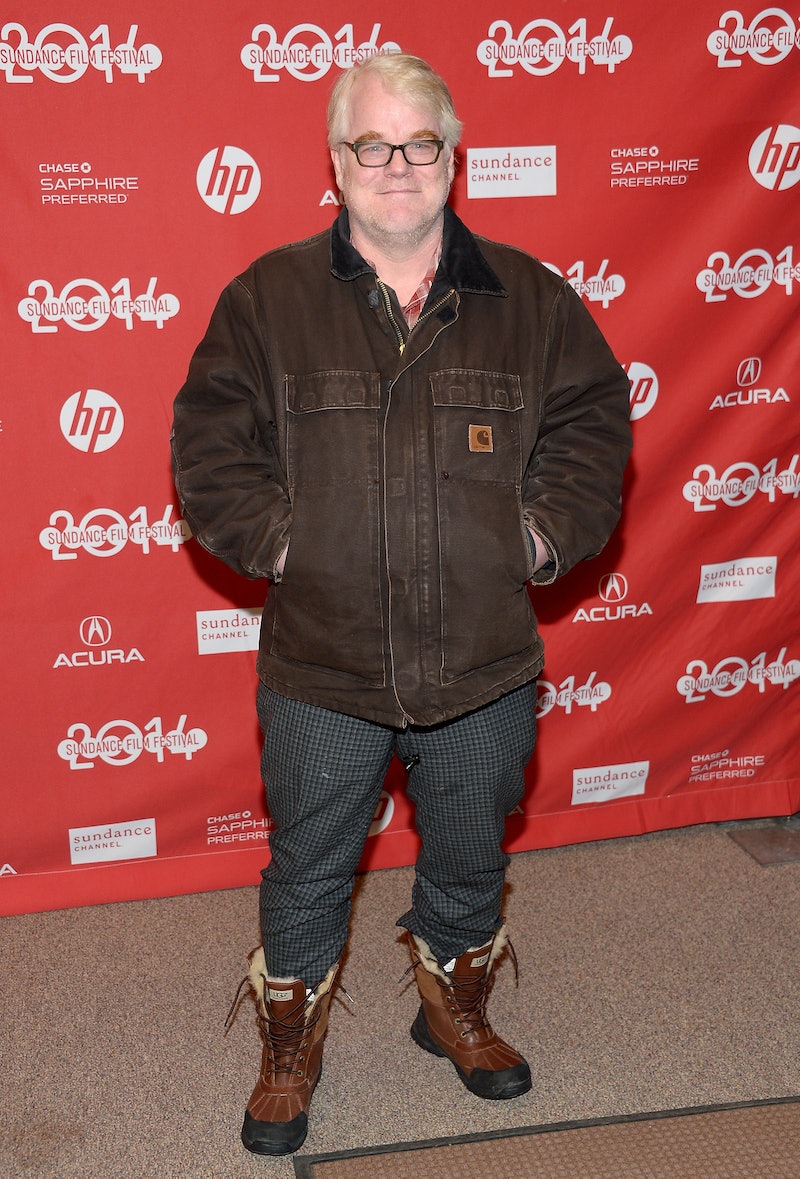 News broke today that Philip Seymour Hoffman, the Oscar-winning star of the film Capote, was found dead in his Manhattan apartment this morning. He was 46. Hoffman's career spanned an impressive section of American filmography, from The Big Lebowski (1998) to State and Main (2000) and Moneyball (2011). One of his most recent roles was that of Plutarch Heavensbee in the Hunger Games series, which has raised concern over what will happen to the films now that he has passed.

Hoffman's character takes a leading role in the last three films, Catching Fire and Mockingjay parts one and two, after the execution of former head Gamemaker Seneca Crane. Hoffman was an inspired choice to play the charismatic and scheming Heavensbee, who plots to rescue Katniss from the arena and ultimately overthrow President Snow. He lent a soft seductiveness to the character in Catching Fire as he danced with Katniss after she and Peeta return from the 74th Victory Tour. In the final two installments of the film, the character Heavensbee would have taken on a more active role as one of the leaders of the rebellion against the Capitol. Lionsgate released this statement Sunday:

Philip Seymour Hoffman was a singular talent and one of the most gifted actors of our generation. We’re very fortunate that he graced our Hunger Games family. Losing him in his prime is a tragedy, and we send our deepest condolences to Philip’s family.

With Hoffman gone, however, and Mockingjay - Part 2 still in filming, the producers may be facing a difficult choice on how to continue with the series. If Hoffman had not finished shooting his scenes, they must either replace him with another actor or edit the script so that his character is marginalized or unnecessary. While the first option seems distasteful considering Hoffman's powerful embodiment of Heavensbee, the second would severely compromise the film's fidelity to the book. According to Indiewire, the films will continue on schedule. The website wrote:

Hoffman would have been an invaluable asset to the final films; as his work in Capote demonstrates, he was adept at portraying complex characters driven by the all-consuming need for a narrative. In Mockingjay, Heavensbee wheedles Katniss into taking on the role of the Mockingjay, a rallying icon for the districts. Katniss becomes more and more disillusioned with her role as she realizes that Heavensbee cares, first and foremost, about his propaganda. To him, message and image are all, and human lives are subservient to the overall shape of an ongoing broadcast. He is a mercenary who uses his position as a director to swing from movement to movement, staying afloat by constantly selling political entertainment to the masses. In short, he is a mastermind. Hoffman in this role will be hard to replace, and cutting the role itself would be especially difficult due to Heavensbee's continued effect on Katniss and the overall shape of the rebellion.

Ultimately, we will mourn for Hoffman and those close to him. While his presence will be greatly missed in the world of entertainment, he also left a lasting legacy of dedicated work. Hopefully those who worked with him on Mockingjay will be able to pay tribute to his final endeavors while finding a path that allows for the film's full dramatic conclusion.