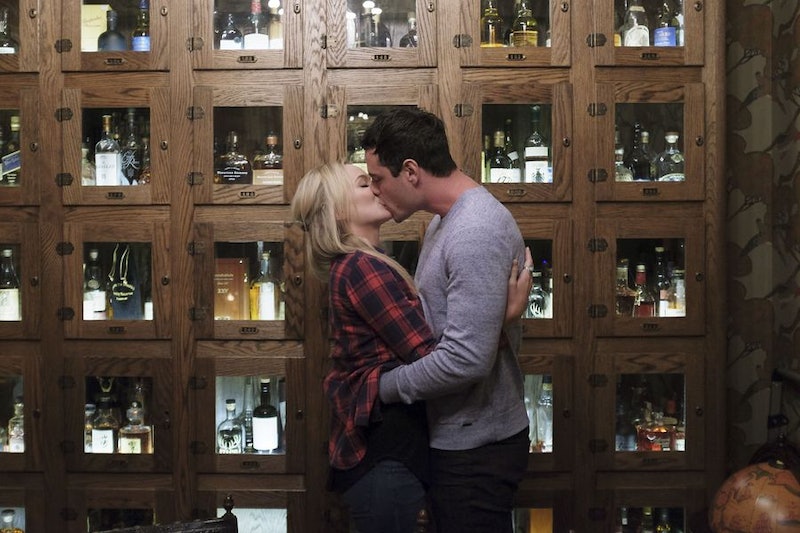 Man, did Bachelor Ben Higgins make a booboo. Previews for next week show Ben telling not one, but two different women that he was in love with them. First, that sucks for the third woman who is left who didn’t get a declaration of love, and second, how can you tell a woman that you’re in love with her and then send her packing the week after? Especially after a night in the Fantasy Suite? I think Ben is about to really step in it this time. But, who is Ben in love with on The Bachelor ?

We all have our guesses, fantasy rosters, and more, and I’m going to give you mine. First up, I believe that Ben is in love with Lauren B., the only remaining Lauren left of all the Laurens. These two have such an obvious physical and mental connection, and the way he seemed to really fit in with her family on her hometown date was a good omen of things to come. Ben really looks good with the Bushnells, doesn’t he? Lauren’s been a slow burner this whole season — she’s been quiet but steadfast of her affections for Ben, and you can tell he feels the same.

Not to be outdone, I think that JoJo has the other half of Ben’s heart. Forget all of the crazy stuff that happened with her brothers during her hometown date — Ben told JoJo’s family that he is instantly himself when he was around her, and that’s how I think you know a relationship works. It’s when you’re just comfortable in your skin with a person that you know it’s meant to be. Ben and JoJo have a really strong connection, and I think she gets the other “I love you.”

And, what about Caila? Well, she and Ben are cute together and all, but she holds back the most out of the three remaining women, and she’s also a lot younger than the others. Ben doesn’t seem as into her as he does with Lauren or JoJo, so sorry, Caila, but I don’t think you and Ben are meant to be. Of course, I could be wrong, but that's why you'll have to tune in next week to find out. And, either way, it's going to be dramatic. I can't wait.