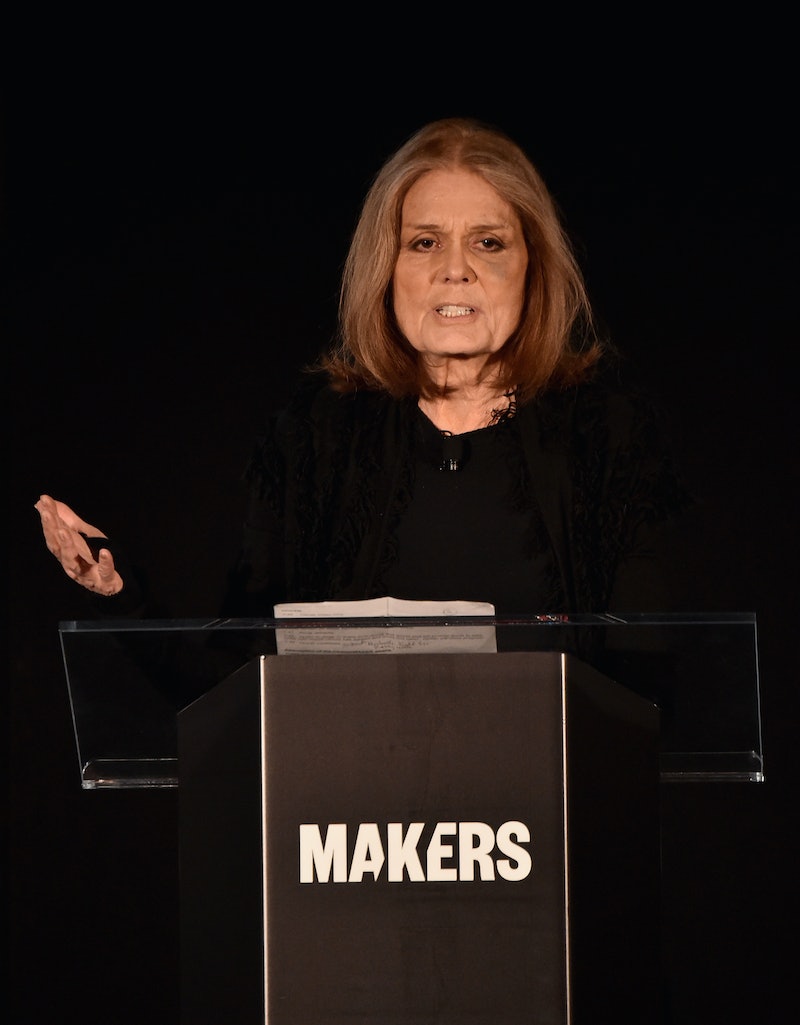 Feminism has rightfully moved further into the public eye during this election year. More candidates and voters have begun to take notice of the vast issues that effect the nation at all intersections. Issues that were once considered too taboo for a presidential debate stage have now moved to the front and center of several candidates' agendas, thanks to the tireless work of feminists. Still, attacks on feminist issues on the presidential trail have been frequent. And even though the battle seems uphill at times, here are seven reasons every feminist should care about this election, no matter how brutal it gets.

It's important to remember that these matters don't just affect women, but also people from all walks of life. The very definition of intersectional feminism takes into account that all people, not just women, suffer under the patriarchy. So though issues like abortion, for instance, may seem to apply to only half of the electorate, granting greater access to reproductive healthcare in fact benefits everyone. When looking toward the 2016 election, it's important for voters (particularly for those who identify as feminists) to take into consideration how their preferred candidates handle (and has handled) these issues.

1. Justice Scalia's Death (and who takes his place) will have a large impact on cases relating to women's issues in the Supreme Court.

With Justice Antonin Scalia's passing, the 2016 election certainly got more intriguing. Candidates Hillary Clinton and Bernie Sanders both hope for President Obama to appoint a more liberal justice to take his place, making their potential lives in the White House that much easier. The GOP candidates, however, have taken on a "delay, delay, delay" mantra which could see one of them appoint a much more conservative judge, were they to win the presidency. Several upcoming cases before the Court, including one on abortion rights, could tip in conservatives' favor and allow for a precedent that further restricts women's access to healthcare.

2. The Republican and Democratic Parties have wildly different opinions on reproductive rights, and only one of them supports women.

Even the most moderate GOP candidates have worked to slash funding for abortion access. Granting women their rightful access to healthcare has broad benefits — according to the National Women's Law Center, families that had access to abortions had higher incomes and levels of education. Sanders and Clinton are both looking to expand this access.

3. The 2016 election could help increase the minimum wage.

Access to economic security is a feminist issue as well. Proponents of raising the minimum wage argue that doing so would both boost the economy and help women, who make up 62 percent of minimum wage workers. This issue has been heatedly debated by candidates on both sides of the aisle.

4. Immigration and immigrant rights have been some of the largest issues on the campaign trail.

One of the cornerstones of Donald Trump's presidential campaign is his xenophobic promise to build a wall along the U.S. border to keep people from entering the country illegally. As any feminist knows, human rights violations like this cannot be tolerated. In this case, voting could help millions of undocumented immigrants already in the United States.

Ted Cruz, currently in second place in the GOP race for the nomination, has said that under his presidency, the Supreme Court's marriage equality ruling "would not stand." He and other Republican candidates would look to undo the years of progress that finally gave the LGBT couples the legal right to marry.

6. Criminal justice reform has become a much-discussed issue, particularly for the Democratic candidates.

The criminalization of people of color, particularly for minor crimes, has finally started to come up among the Democratic candidates. Sanders, for example, hopes to decriminalize the strict drug laws that have put many people of color in prison for years.

7. Reforming how we talk about mental health has also played a part on the campaign trail.

Adequate access to mental health services is likewise a feminist issue — one that is been brought up throughout many of the Democratic debates. When a society tells its men to not show emotion and its women that they're too emotional, rhetoric surrounding mental health suffers. The 2016 election has a chance to change that.

Not only are candidates spotlighting feminist values, but feminist voters have a real chance to choose a candidate that aligns with their belief system.