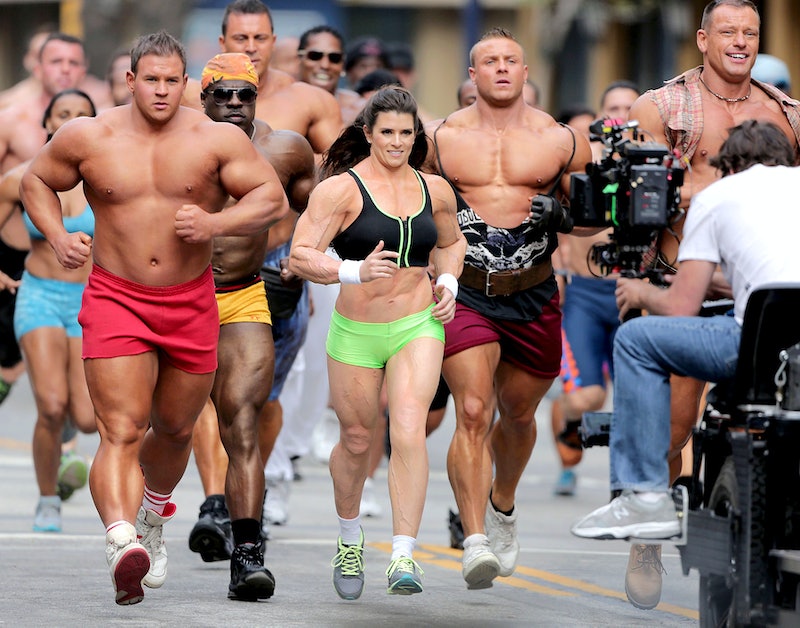 Go Daddy's Super Bowl ads are notorious for being sexist to the point of being almost obscene. Since the company's first ad debuted in 2005, it's released spots that have only gotten more and more racy, objectifying women with every expensive second. In fact, Ms Magazine called Go Daddy's 2013 ad, which featured Bar Refaeli making out with actor Jesse Helman (watch it here), the most sexist ad of the year. And, watching the ad, we don't blame Ms.

This year, however, the Go Daddy team has decided to change it up a bit, placing the woman in the power seat. Specifically, the female small business owner. But why the change this time around? GoDaddy CEO Blake Irving said in a New York Times interview that a group of female business owners were pressuring online marketplace Etsy to stop doing business with GoDaddy because of its offensive ads. “We got a lot of attention — we were edgy, funny,” Mr. Irving told the Times. “We were also on the edge of inappropriate.”

But this year, the company promised no more horribly offensive Super Bowl commercials. The new ads focus on how female owners can grow their business with GoDaddy, and, for once, we actually get to see some scantily clad men in this year's ad (which features body builders all running to a spray tanning salon, owned by a woman). Go Daddy spokeswoman Danica Patrick is amongst the running body builders, and though she is scantily clad in her prosthetic muscle suit, she is hardly objectified. Watch it below.