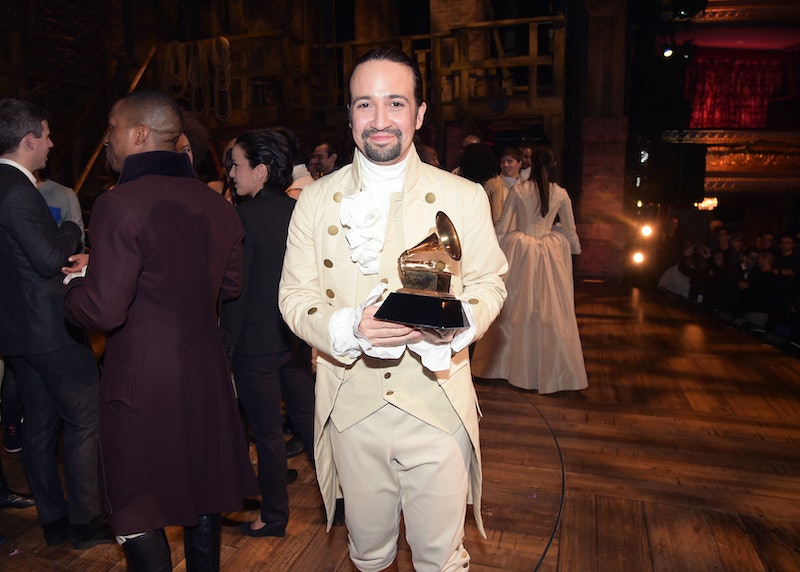 Hamilton, the thoroughly modern Broadway musical about the Founding Father, has taken the U.S. by storm. (Seriously, go listen to it on Spotify and tell me you don't want to go see it.) With a series of February 18 tweets, Hamilton 's star, Lin-Manuel Miranda, saved NYC's Drama Book Shop from disaster, so even the non-Broadway nerds in the audience have a reason to love him.

The Drama Book Shop is the world's only bookstore that deals exclusively in theater books. Founded in 1917, it's also one of the oldest bookstores in the U.S. After a burst pipe damaged the store and some of its stock, owner Rozanne Seelen and manager Shawn Verrier were devastated.

Fans turned out to make purchases that would help the Drama Book Shop stay in business. Then Miranda took to Twitter with the #BuyABook hashtag to ask his quarter-million followers to join the rescue effort. Over a series of tweets, Miranda revealed what Seelen's store means to him and the theater community. On February 20, he posted his "Drama Book Shop Pitch" video to YouTube.

As a result of Miranda's support, the Drama Book Shop is pulling in record sales, and "trying ... to keep up with demand," PIX11 reports. Verrier says some customers have placed large orders without caring what they receive: "People just are calling in, saying can I buy $200 worth of books, you guys pick them out and just send them to me."

At this point, it seems that the Drama Book Shop will see its 100th birthday after all. Maybe that's why Seelen says she'll "give [Miranda] every free book he wants for the rest of his life."