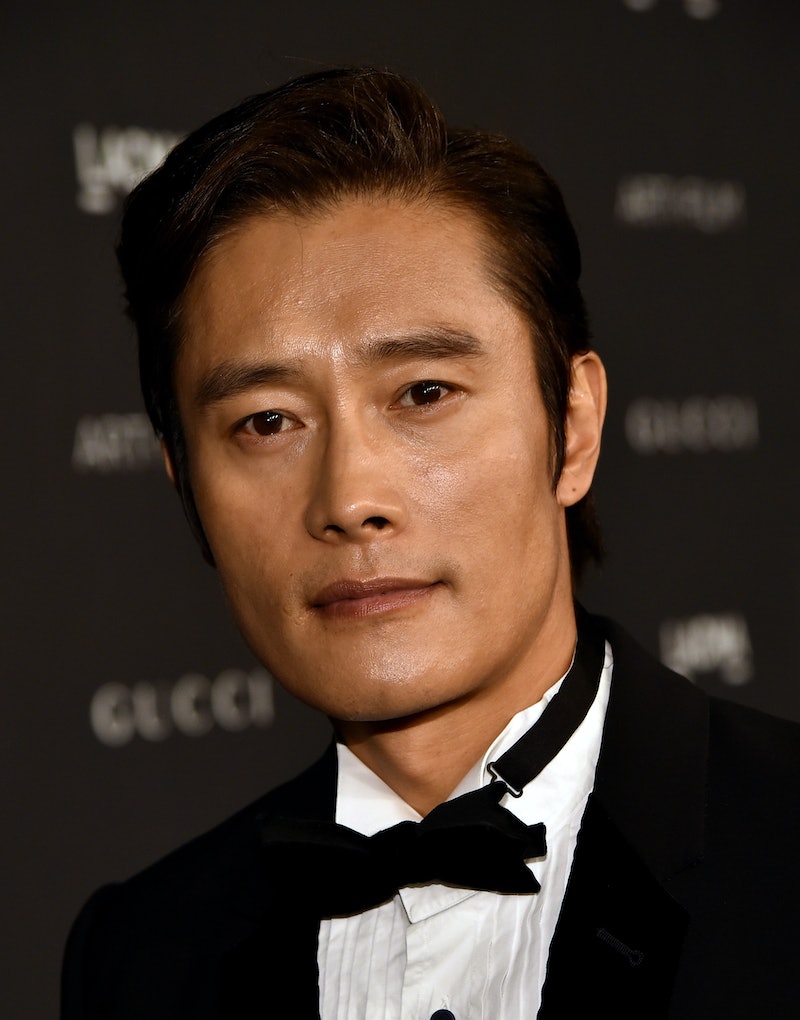 Although the Oscars have been scrutinized for their lack of diversity with this year's nominations, it looks like the ceremony will be making up for it by being more inclusive with its presenters. This year, Lee Byung-hun will present at the Oscars, and thus will be the first ever Korean actor to present an award at the ceremony on February 28. According to NBC, Byung-hun's agency — BH Entertainment — has confirmed the news. If you're curious to learn more about the Korean star, there are Lee Byung-hun movies you should familiarize yourself with before the actor presents at the Sunday night Academy Awards.

In case you didn't know, Byung-hun is kind of a big deal — and this is kind of a big deal for Korean and Asian artists in the industry. (Korean singer Sumi Jo will also make an appearance at the awards show, as “Simple Song #3″ from Youth is up for Best Original Song, but she won't be presenting like Byung-hun.) Byung-hun has been acting in Korean films since the '90s, but first arrived on the Hollywood scene back in 2009. He made his American debut in G.I. Joe: The Rise of Cobra and has since received roles in multiple big budget films. In his newest film, Misconduct, the actor stars alongside legends Al Pacino and Anthony Hopkins. But, let's not get ahead of ourselves.

If you haven't already watched these films, queue them up right now.

After a shootout at the border of North and South Korea, two soldiers are murdered. An investigator is sent to check out the case, but discovers it's much more complex and tragic.

The violent and ruthless film stars Byung-hun as a high-ranking mobster.

In 1940s Manchuria, two outlaws and a bounty hunter are in pursuit of a treasure map, but the Japanese army and a group of Chinese bandits won't let them find it without a fight.

The psychological horror film follows a secret agent (Byung-hun) seeking revenge on the killer who brutally murdered his wife.

In the second installment of the G.I. Joe series, Byung-hun reprised his role as Storm Shadow.

Byung-hun was involved in the latest Terminator film as T-1000, the prototype Terminator.

All right. You know what to do now. Go watch these films with Byung-hun before the Oscars. Clock's a tickin'.

More like this
Remember When Benedict Cumberbatch Announced His Engagement In A Newspaper Ad?
By Hugh McIntyre
Tom Cruise Gives His Honest Review Of Lady Gaga’s New Song For 'Top Gun: Maverick'
By Hugh McIntyre
Regina King Puts Her Career, Family, & Friends Before Romance
By Jake Viswanath
What’s New On Netflix: The Return Of 'Bling Empire' & A Rebel Wilson Comedy
By Arya Roshanian
Get Even More From Bustle — Sign Up For The Newsletter