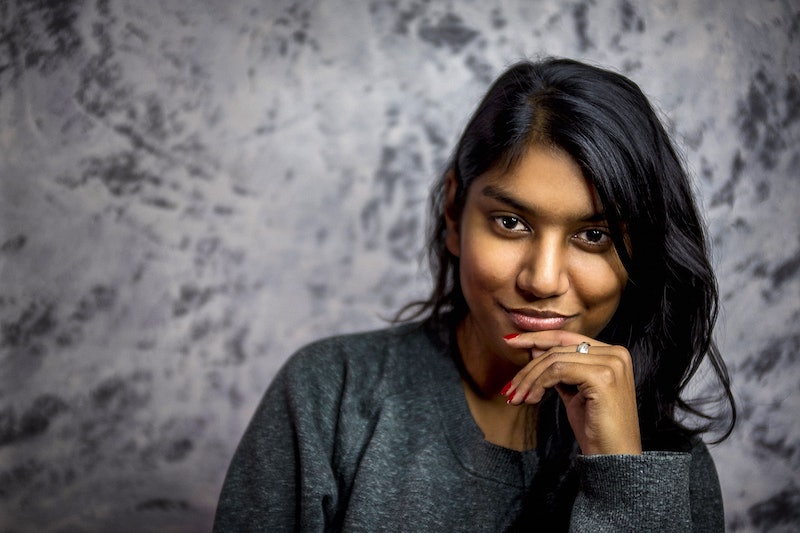 Once my aunt, uncle and two cousins found out about the incident, they believed the two boys when they said it was my fault. I started to blame myself, as well. Fortunately, my parents believed me and they wanted justice. At the time, I simply wished to go back to my normal high school life that consisted of sleepovers and volleyball practice. But I soon had to relive the assault over and over for detectives and lawyers. As a coping mechanism after the assault I began restricting my eating, which led to full-fledged battle with anorexia that year.

For four years, both the trauma from the sexual assault and anorexia controlled my life. This is not uncommon, though many people are not aware of the connection — according to AfterSilence.org, between 30 and 40 percent of eating disorder patients have survived sexual trauma. For a long time, instead of speaking out and seeking help, I never talked about what happened.

Then I sat down my freshman year of college, and wrote a memoir, Controlled. Writing helped me take back the power over my life, and I was able to move forward. Writing the book allowed me to work through my emotions.

Trauma manifests itself in different ways for everybody. But I found that in my life, I dealt with my trauma by desperately searching for something that felt like the innocence I felt I had lost after my assault. I thought if I could look like the child I had been, a child who had never been assaulted, I could be her again. After my parents took me to a rape crisis center, I thought, as I wrote in Controlled, that “[e]verything would be all right if I was able to say no to something. It would give me the strength I lacked. I could be strong enough to fix this on my own and pretend like nothing happened.

I hid in my room for the rest of the night. I wanted an escape from myself, from the reality into which I had been thrown. For the first time in my life, I wanted to feel nothing and I wanted to be nothing. “

I thought I had found self-preservation in my eating disorder and the ability to control my body, but eventually, it stopped working. At first, it felt very safe to exist in a world of numbers, striving to look like a child again. But it soon took over my life and forced me to part ways with the things that once made me happy. I had to take a break from volleyball, my greatest passion, and I isolated myself from my friends whom I had always been close with. I began to immerse myself completely in what I thought was a world of control. As I look back, years later, I realize I never had any control. I just did not have another way to cope and I felt comfort in the emptiness.

I was also living in a great deal of fear. When it came to the trauma, I realized I was terrified of having anyone get close to me. I didn't want to talk about anything with anyone or open up about the assault and I thought if I could transform my body into a child's body, I wouldn’t have to deal with the reality of my adolescent life. I thought, if I can control my body; maybe I can stop the pain. Is this logical? Probably not to the average person, but when you’re dealing with post-traumatic stress, nothing is logical.

With eating disorders, there is always hope, though it took me a while to understand. At 14, I was sent to therapy, but had no desire to be there. I write in Controlled,

“That first visit set a pattern for what every visit was like. After waiting for Dr. Young to call my name, I would go into her office and take a seat on the giant brown couch, which was far too large for any person to be comfortable in. I would sit there usually in baggy sweatpants or my biggest jeans, a T-shirt, and a hoodie or sweater. I found myself wearing my pink tank top more and more often underneath all my clothes, which would typically be about three or four layers of shirts and jackets...

Dr. Young's questions were ridiculous: 'What is your goal weight?' 'How many calories do you eat a day?'

Like I would tell her any of those things.

I told her that I didn’t know any of these answers because I didn’t count calories.

I told her that I didn’t really weigh myself.

I told her that I just went on jogs here and there.

I told her my parents and I just weren’t getting along because of school stuff.

I told her that I had a consistent period every month.

Over the 10 years between that day and today, I have learned more lessons than I could count. Most importantly, I now know that I could never have gotten through that year on my own, despite what I believed at the time about the power of control.

I had the support system and the opportunity to heal during my fourteenth year, but unfortunately, I was not ready. I had to come to terms with the rape and the eating disorder in my own time.

If you’re struggling with poor body image or an eating disorder, know that you’re not alone, and help is available.

More like this
Yomi Adegoke On The Offline Diaries & The Power Of Representation
By Jessica Morgan
The 20 Best Audiobooks To Fall Asleep To
By Aoife Hanna and K.W. Colyard
30 Books To Read This AAPI Heritage Month
By K.W. Colyard
Conversations With Friends' Endometriosis Scenes Are As Brutal As It Gets
By Ivana Rihter
Get Even More From Bustle — Sign Up For The Newsletter