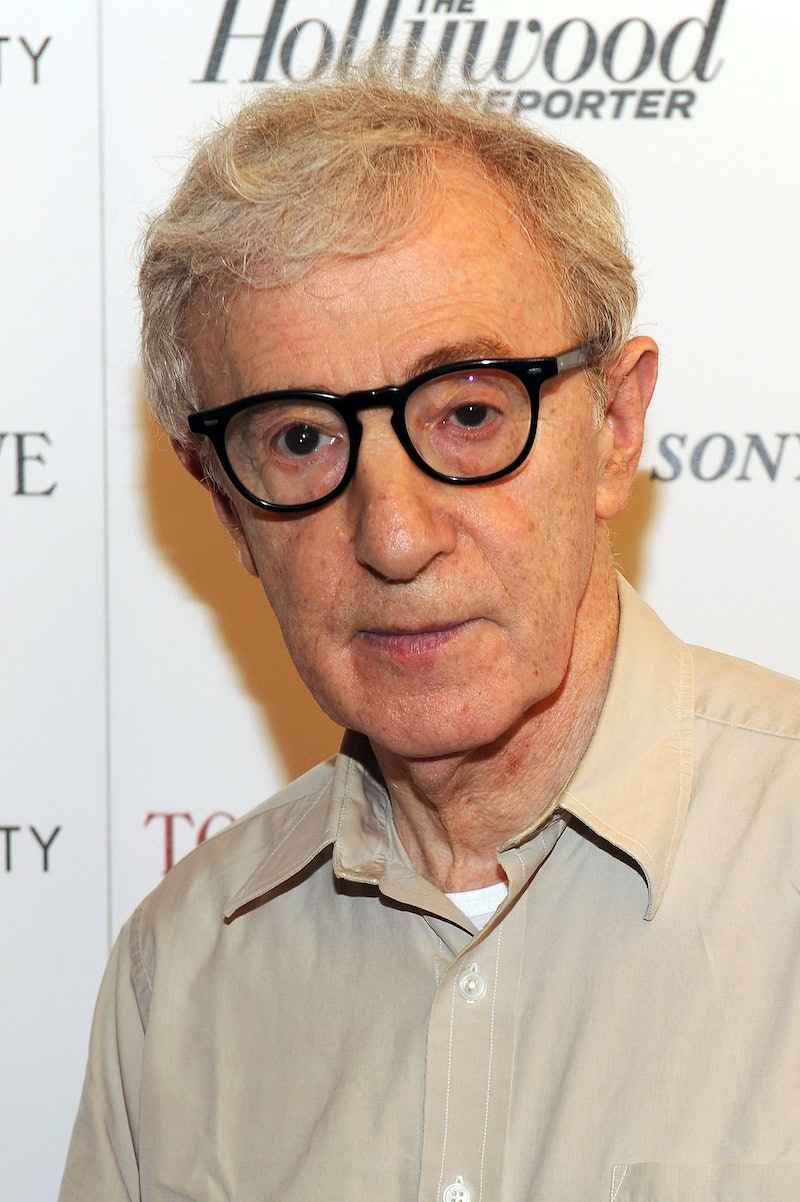 Twenty-two years after Mia Farrow's adopted daughter was allegedly abused by Woody Allen, Dylan Farrow daughter at least broke her silence about the incident in a New York Times letter published Saturday. And after years of largely also staying silent about the issue, Allen has also spoken out about the accusation following the publication of Farrow's letter. Via the Blue Jasmine director's publicist, Allen called the letter "untrue and disgraceful." And, according to his rep, Allen plans to publicly address the accusations himself in the near future.

Mr. Allen has read the article and found it untrue and disgraceful. He will be responding very soon ... In the meantime, it is essential that your coverage make the following FACTS clear: At the time, a thorough investigation was conducted by court appointed independent experts. The experts concluded there was no credible evidence of molestation; that Dylan Farrow had an inability to distinguish between fantasy and reality; and that Dylan Farrow had likely been coached by her mother Mia Farrow. No charges were ever filed.

Allen's publicist's statements are true — Allen was never convicted of any wrong-doing after Mia accused him of sexually assaulting Farrow in 1992. But much of Farrow's letter focused on the fact that this pointed to a problem with the system: "Sexual abuse claims against the powerful stall more easily. There were experts willing to attack my credibility. There were doctors willing to gaslight an abused child," she wrote.

And it seems as though Allen's camp is still attacking her credibility. In the statement via Allen's rep, the actor notes that Farrow "had an inability to distinguish between fantasy and reality" — a conclusion also drawn in Woody Allen documentarian Robert B. Weide's Daily Beast article defending the Blue Jasmine filmmaker, and deemed repugnant in Farrow's letter. Wrote Farrow, "Survivors of sexual abuse who have reached out to me – to support me and to share their fears of coming forward, of being called a liar, of being told their memories aren’t their memories."

That's precisely why Farrow has gone public with her claims, after Mia and brother Ronan Farrow had been tweeting regularly about Hollywood's treatment of the man accused of molesting a 7-year-old. Victim-blaming has become all too regular in sexual abuse cases, and, it seems, with the statement released on Allen's behalf, we can only expect it to continue. And you thought Farrow's letter would be the saddest thing to come out of this story.