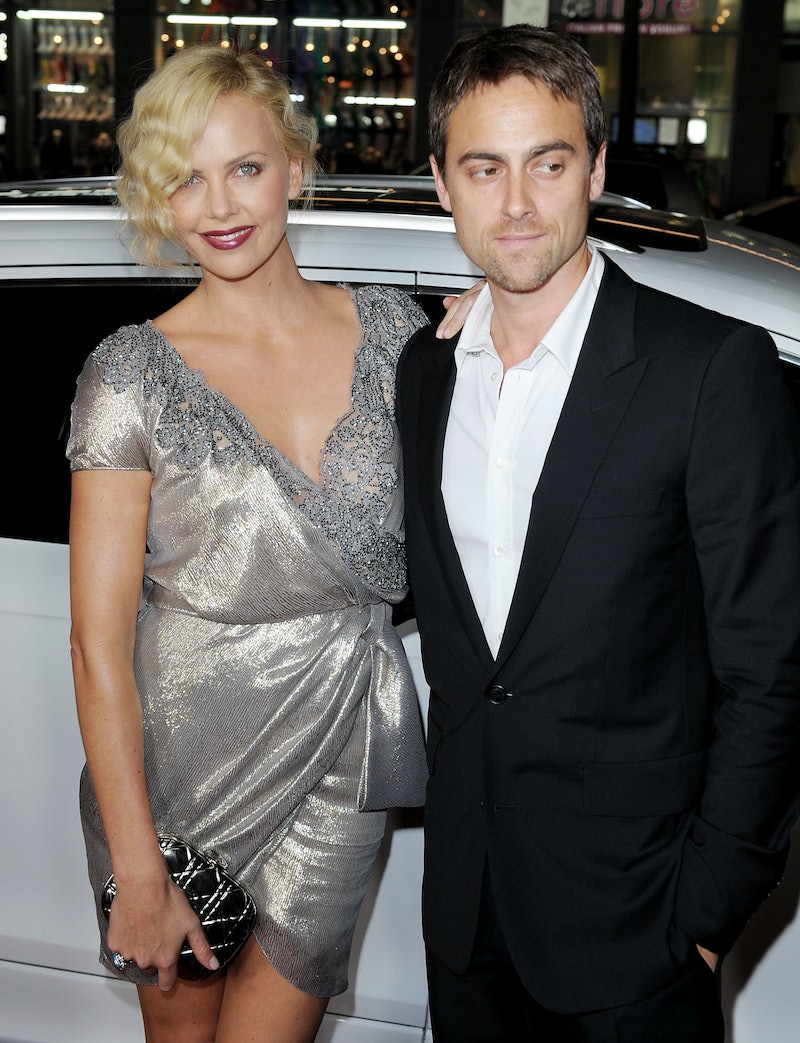 Without a doubt, Charlize Theron is one of the most beautiful women in Hollywood. I don't know about you, but whenever I see her on the big screen, I am kind of in awe of her face, her talent, and her... everything, let's be real. Since her breakout role in The Devil's Advocate, Theron has been a staple in Hollywood circles and reached A-list status after her Best Actress Oscar win in 2004 for Monster. While her acting career has been successful, many fans might wonder what the deal is with her personal life. Who has Charlize Theron dated over the years?

As of right now, Theron is single after breaking up with Sean Penn in 2015. She is also mother to two children: Jackson, a son who she adopted in 2012, and August, a daughter adopted in July 2015. As for her career currently, while she isn't nominated for any acting awards at this year's Oscars, her movie Mad Max: Fury Road is up for Best Picture, among other awards.

So, who can we expect to see her with on the red carpet? Time will tell. Thinking about it, I have never really known too much about Theron's past relationships, so let's take a look at some of the men who have been lucky to date her in the past.

Actor Craig Bierko and Theron dated for two years, from 1995 to 1997, when she was just beginning her big screen career.

Theron met Third Eye Blind frontman Jenkins while backstage at one of their shows in 1998. They continued on to date until 2001.

In 2001, Theron starred in Trapped and met Irish actor Stuart Townsend. The couple played husband and wife on screen, and soon started dating. To date, this was Theron's longest relationship, but they ended things in 2010, after nine years. Theron once told People of Townsend, "He doesn't take himself so seriously and that's hard to find in a man these days."

Theron and Reeves met on the set of Sweet November, and there have been rumors that the two had an on-and-off relationship until 2012. In May 2010, the two were caught snuggling after a date, but it fizzled out after a while.

In April 2012, Theron and Skarsgård were spotted on a few dates in Hollywood, but reports claimed that they were not serious. Later on in the year, Skarsgård was spotted in Namibia, apparently visiting Theron while she was filming Mad Max: Fury Road. Now this is a friends with benefits situation I could stand behind!

Penn and Theron were friends for many years before they started dating in 2014. They were first spotted on a trip in Hawaii, and in May 2014, she opened up to Esquire UK , saying, "It was nice to be single and now it's nice to be not single." In June 2015, the couple broke off their engagement, but remained friends.

Theron seems to be handling her life as a single mom and acclaimed actor quite well all these years, and I know she deserves nothing but the best in any future relationships.

More like this
6 Dating App Tips To Try If You're Looking For A Serious Relationship
By Lexi Inks
Rhys Ifans Has A Good Reason For Keeping His Love Life On The DL
By Maxine Harrison
Why Acts Of Service & Gift Love Languages Are A Dream Pairing
By Lexi Inks
30 Clever Ways To Slide Into Your Crush's DMs
By Griffin Wynne, Carolyn Steber and Lexi Inks
Get Even More From Bustle — Sign Up For The Newsletter