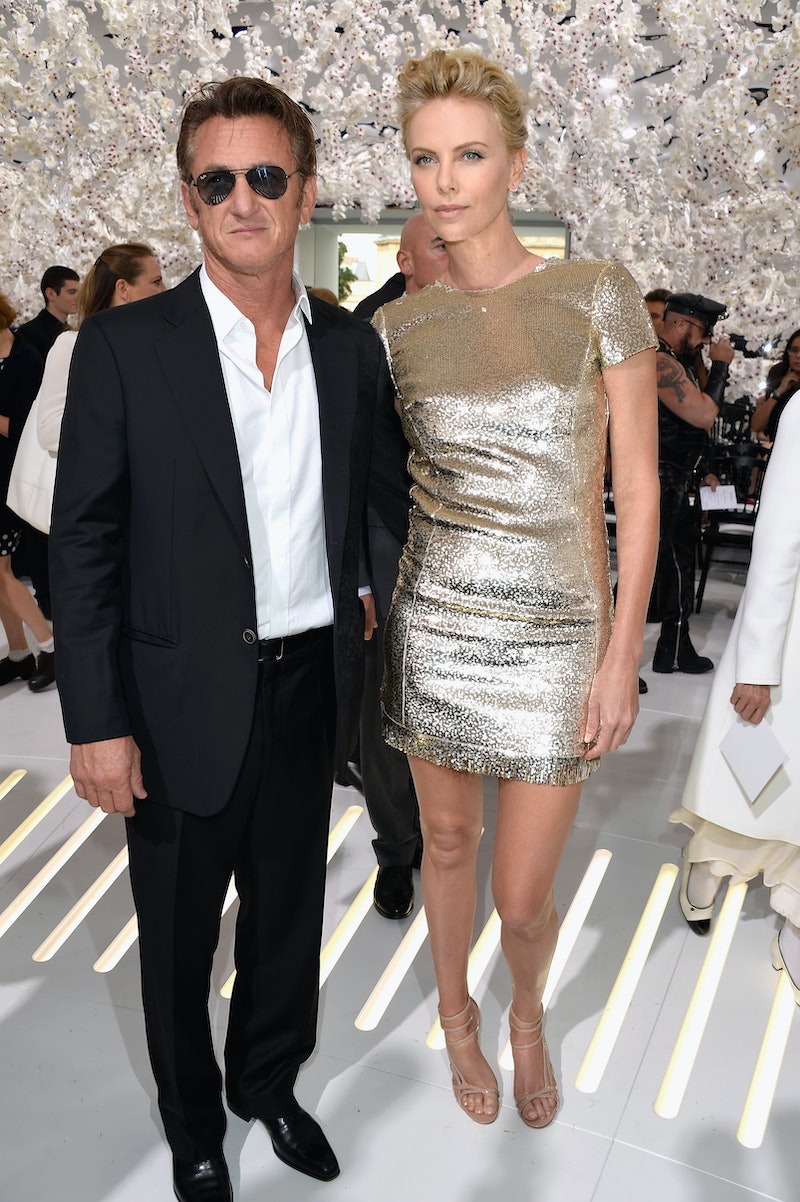 OK, so everyone thinks Charlize Theron and Sean Penn are engaged. Of course, this is pure speculation but if they have indeed formally agreed to say "I do," it wouldn't be the most shocking news. Sure, the couple's less than a year into their relationship, but they wouldn't be the first celebrities to hightail it to the altar in record time. Unlike Naya Rivera marrying Ryan Dorsey, a wedding between Theron and Penn shouldn't take anyone by surprise.

Us Magazine reports the couple made clear their intentions to marry this summer in South Africa where they're working together on the set of The Last Face, and Penn's reportedly developed a close relationship with Theron's 2-year-old son Jackson. With a couple months remaining in the summer season, suspicions that they plan to marry and adopt a child soon make sense.

Aside from the fact that Theron's typically lowkey when it comes to discussing her personal life, questions surrounding Penn's violent past against women may be an additional reason for Theron to avoid confirming the status of the couple's relationship. Either way, the speculation will likely continue and not just because Theron was reportedly sporting a ring on her left hand, but because they're veteran actors who attract tons of interest. But unlike other high-profile celebrities, news of Theron and Penn's marriage won't come by way of an Instagram post, a professionally arranged photo op or a glossy magazine cover. In that case, let the wedding watch continue!