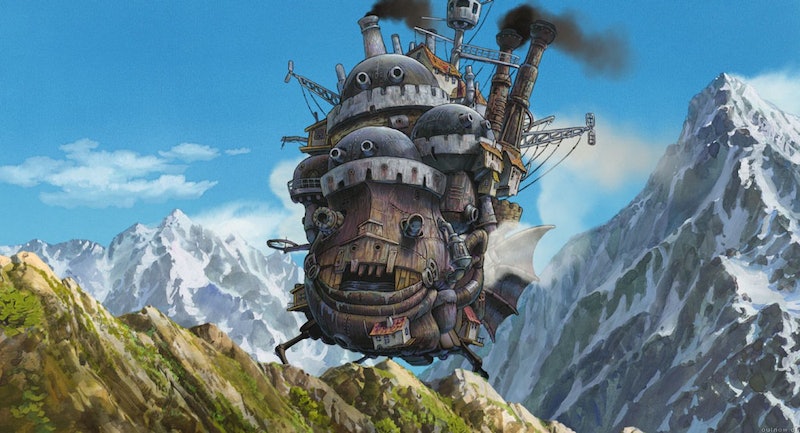 The book was thick — nearly 600 pages long, which made it feel important and grown up at the time. The pull-quote on the cover made the inevitable comparison to Harry Potter (although Jones began writing around the time that J.K. Rowling was born). And the first line, in Jones' classic, understated fashion, was: "Cat Chant admired his elder sister Gwendolen. She was a witch." I was hooked.

And so I discovered Diana Wynne Jones, one of the greatest children's authors ever to put pen to paper. Her books run the gamut of the fantasy genre: magical boys with nine lives, moving castles, dark lords who are just trying to be good parents to their griffin children, centaurs from the other side of the Multiverse, a star in the body of a dog, the Norse god of mischief in the body of a boy, an 18-year-old girl in the body of an old woman, fire demons and genies, magical government officials, and other worlds by the score.

In many ways, Diana Wynne Jones wrote classic children's fantasy. Her books have your garden variety of spells, child witches, magically-induced mayhem, and the occasional griffin, centaur, cat, or other fantastical creature. Plenty of her stories involve precocious children finding themselves in magical other worlds, where they converse with mermaids or get killed by dragons.

But if you look just a little closer, Diana Wynne Jones' books always serve up their fantasy with a twist. In one book, our protagonist returns to find his mermaid friends gone, replaced by some suspiciously fishy-smelling packages headed straight for the black market. In The Dark Lord of Derkholm, the whole economy of the fantasy world is based on tourism: People from non-magical worlds want to go "questing," and so a Dark Lord is hired every year to give them their money's worth. Jones' The Tough Guide to Fantasyland goes even further, parodying every fantasy trope under the sun. In another book, a young dyslexic wizard summons a god instead of a dog (Jones herself was dyslexic). In the Chrestomanci story Witch Week, witches are burned at the stake and must live in hiding, until it is revealed that nearly everyone in the world is a secret witch. Magic is frequently regulated by civil servants (the Chrestomanci being the enchanter-in-chief), and Jones routinely refuses to romanticize either magic or childhood.

The result is a body of witty, wonderfully subversive children's books. Jones' own childhood wasn't exactly a happy one: her parents were neglectful, everyone laughed at her ambitions to write due to her dyslexia, and her younger sister was once slapped by Beatrix Potter. It's no wonder she wasn't so much into "traditional" children's literature.

Her parents were neglectful, everyone laughed at her ambitions to write due to her dyslexia, and her younger sister was once slapped by Beatrix Potter. It's no wonder she wasn't so much into "traditional" children's literature.

By the time I picked up my first volume of Chrestomanci, there were already dozens of other Diana Wynne Jones books out there, and I read as many as I could get my hands on. They weren't all uniformly brilliant — I wasn't the biggest fan of The Year of the Griffin, where a griffin goes to college and ends up visiting the moon with her freshman year friends (because why not?). But when they were good, they were absolutely great.

There was Howl's Moving Castle, for one, where 18-year-old Sophie finds herself cursed with old age. She doesn't seem especially bothered by this, and she still proves competent and wins over the heart of the devilishly handsome wizard, Howl (and yes, the Miyazaki movie is both beautiful and radically different from the book).

It's a great book in it's own right, but back in the day it was also a huge deal to read about the brainy, elderly girl winning over the pretty boy before she gets her youth and beauty back. Quite a few of Jones' books feature dowdy, clever women ending up with beautiful men. Or they feature a dyslexic young magician saving the day, or a living goddess who trades in her temple to go to school. Her protagonists, male or female, were rarely the usual Gryffindor types, or warriors like you might find in Tamora Pierce's books.

It's not that there's anything wrong with chosen ones and plucky lady knights. But if you, like me, were a shy, chubby, conflict-averse child, you were probably drawn to Jones' unconventional heroes.

I loved the sheer imagination that went into her many, many magical (and distinctly non-magical) worlds. I loved the awkward characters and the way she knowingly broke so many of the fantasy genre's "rules." I appreciated that she never talked down to kids, even when things got dark (although Homeward Bounders, the book where the universe is controlled by demons and one girl can turn her arm into an elephant trunk, thoroughly freaked me out).

And more than anything, I loved the sheer joy of her writing. Her books always seemed to revel in their own creativity, as though Diana Wynne Jones was enjoying coming up with her various worlds and warlocks just as much as I enjoyed reading about them. I'd like to think that her writing captured the essence of what makes fantasy such a beloved genre: pure invention.

If you spent your childhood in the company of Howl and Cat Chant and the Dark Lord of Dirkholm, you understand the way that Jones inspires her readers to dream up their own far-off kingdoms. And if not... it's never too late to pick up a book.