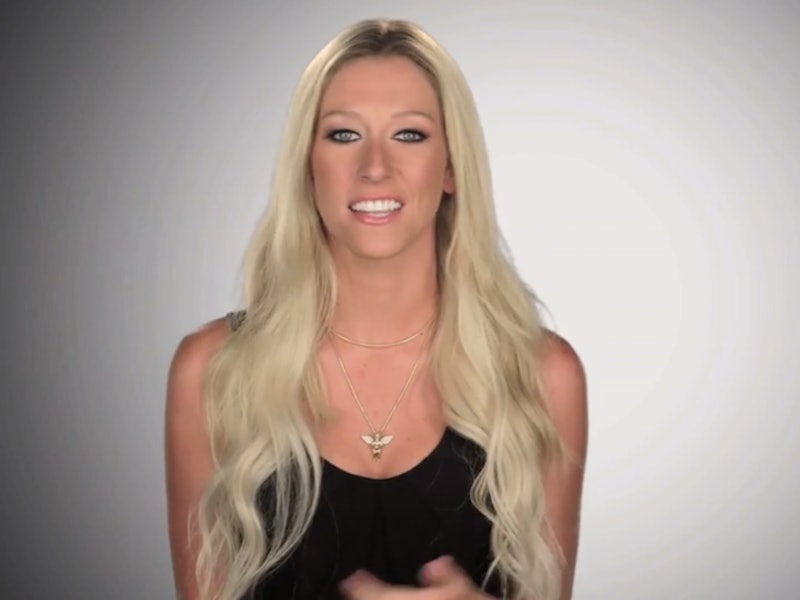 Brittany Fogarty might be a recent addition to the cast of Mob Wives, but she's already made a big impression. However, most of the focus has been on her father, John Fogarty, and the other cast members' varying opinions of him. But Brittany is the Mob Wives star, not her father, and I'm curious about her life outside the show. For example, is Brittany dating anyone? Right now, it does seem like she's in the middle of a pretty serious relationship with "Dio," who can be seen on her Instagram and spotted occasionally on the Vh1 reality series.

Throughout Mob Wives Season 6, Brittany has been struggling to get out from underneath her father's shadow and find her place in the group. That's already resulted in a lot of drama, but it's nice to know that no matter what she faces on screen, Brittany has someone supporting her in her personal life. Based on their social media posts, it seems like she and Dio have a solid relationship, so I wouldn't be surprised if we keep seeing more of him over the course of Mob Wives Season 6. Here's what you should know about the couple.

They've Been Together For A Long Time

According to Brittany's Valentine's Day greeting to her followers, she and Dio have been together for three years now.

They Get Sporty Together

While Brittany and Dio might not be signing up for the PGA tour, clearly they love spending time together out on the golf course.

Letting your BF post a collage of your early-morning selfies to his public Instagram is the greatest act of love imaginable.

He Was An Adorable Kid

And when Dio was growing up, he and his dad used to dress in identical denim jackets and maroon baseball caps. Very specific #twinning.

According to this post, he's not just a wingman but also a best man. Clearly he's tight with his friends, and on Mob Wives, "loyalty" has the utmost importance.

He Hangs With Family & Loves Kids

It looks like Dio had a lot of fun with his relatives. And if you look closely, you'll notice that Brittany commented, "aww soo cute!!!" She must like seeing his sweeter side.

Again, look no further than the comments, where you can see that Brit and Dio throw some seriously tasty barbecue nights.

Every time the two are together, they both have huge smiles on their faces. And since Brittany is often scowling on Mob Wives, it's nice to see her looking happy in this part of her life.

More like this
Cherie & Jessey's Relationship Timeline Is As Complicated As It Seems On 'Bling Empire'
By Brad Witter
Everything We Know About Chèrie & Jessey’s Abrupt Exit From Bling Empire
By Alyssa Lapid
Scott Disick’s First Time Around Kravis Was “Awkward,” To Say The Least
By Jake Viswanath
Kim Kardashian Joked That Her Wedding To Kris Humphries Was A “Gay Wedding”
By Jake Viswanath
Get Even More From Bustle — Sign Up For The Newsletter