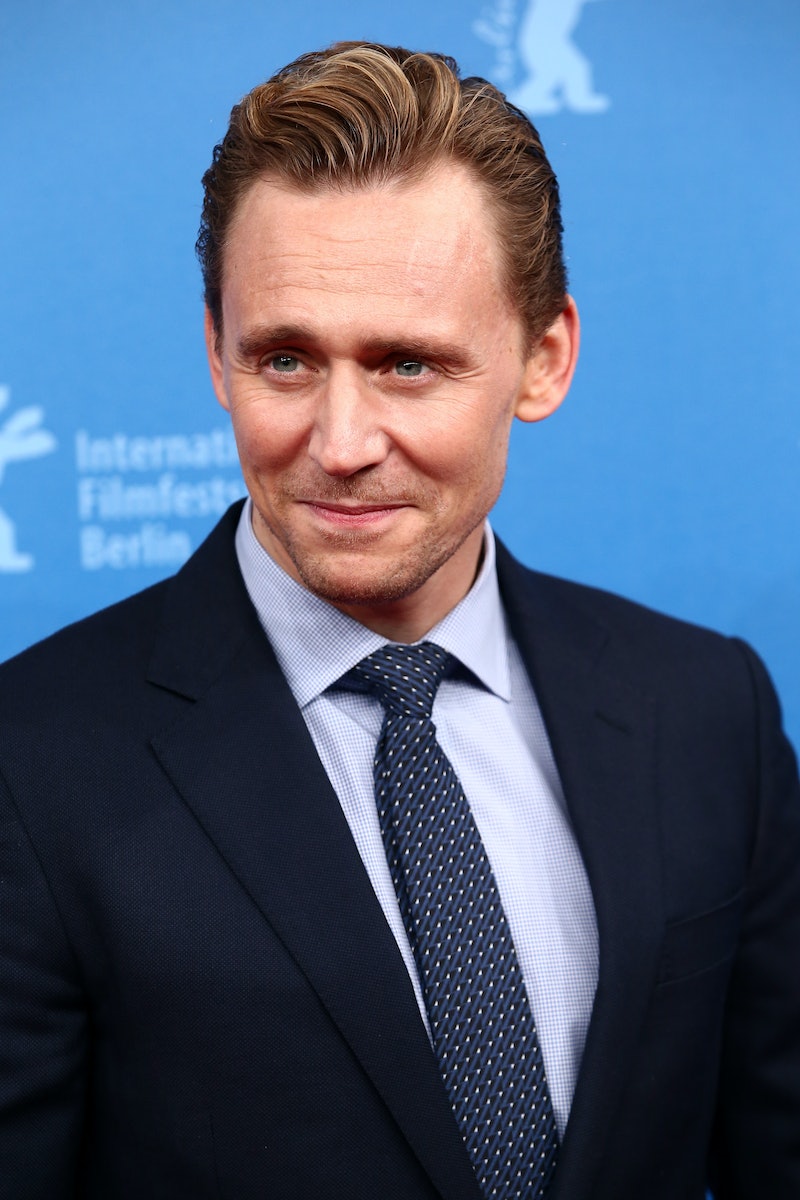 Tom Hiddleston fans, I have some bad news. While the Oscars may be Hollywood's biggest night, that doesn't always mean that it's going to have all of our favorite stars. And, amidst the list of stars like Eddie Redmayne and Tom Hardy, you start to wonder if your favorite actors will be in attendance. But, for Sunday, February 28's live taping of the 88th Annual Academy Awards, it doesn't look like Tom Hiddleston will be at the Oscars or even rocking the Oscars red carpet. Heartbreaking, I know.

For one thing, he is not nominated for any awards himself. In fact, his chances at receiving a nomination were lost when Crimson Peak's horror genre pulled it out of the running and his role in the Hank Williams biopic, I Saw The Light, had its release date pushed back to March 25, 2016. Another factor that is sadly taking the Oscars ticket away from the Thor star is the fact that he was not selected to be a presenter for the ceremony either. That's the true crime here.

But, hopefully, that doesn't mean that he will be staying inside over the course of award night. With his Crimson Peak co-star, Jessica Chastain, being in the film The Martian and multiple other friends and co-workers of his being on the scene, he could possibly show up at an after-party or two. But, as for now, there's unfortunately no guarantee.

I actually wouldn't be surprised if Hiddleston made an Academy Awards red carpet appearance in 2017. With I Saw The Light's true story backing it up, perhaps it can still push past the fact that it's being released in March and live up to its original Oscar bait comparisons. Anything is possible, and the 2017 Oscars race is officially on. I'm rooting for you, Hiddleston, and we'll all miss you at the Oscars on Sunday night.

More like this
Remember When Benedict Cumberbatch Announced His Engagement In A Newspaper Ad?
By Hugh McIntyre
Tom Cruise Gives His Honest Review Of Lady Gaga’s New Song For 'Top Gun: Maverick'
By Hugh McIntyre
Lisa Marie Presley Reviewed Baz Luhrmann’s ‘Elvis’ Movie On Twitter
By Grace Wehniainen
Elizabeth Olsen's Chris Evans Friendship Update Was Accidentally Hilarious
By Grace Wehniainen
Get Even More From Bustle — Sign Up For The Newsletter