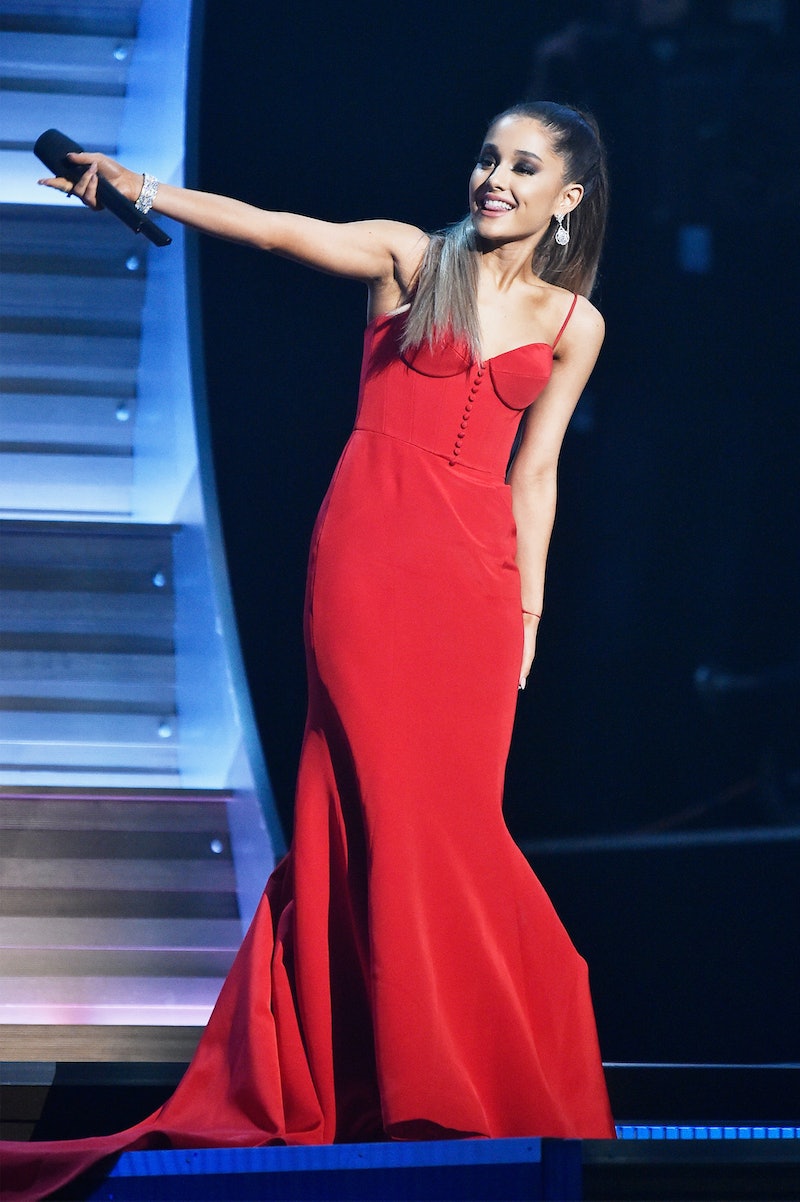 Is this something everyone is doing these days? Changing the name of their forthcoming albums as the mood strikes them? I can’t say I totally blame artists who have waited until the eleventh hour to change their title of their albums. I get it — a title can make or break a work of art, and most artists want theirs to be absolutely perfect. So, when I saw that Ariana Grande posted a partial set list on Snapchat and that written above the list was not the original title of her album, Moonlight, but instead the words “Dangerous Woman,” I became seriously intrigued. Because, as much as Moonlight may have been the title that Grande fans have had their hearts set on, this new potential title sounds pretty amazing to me.

Writing titles can be hard. It’s basically the thing that I struggle with the most as a writer. How do you sum up an entire work with just a few words? It’s tough stuff, especially when it comes to a collection of music that may have very different styles and sounds in it. I think we can all agree that Moonlight is a great title. But the things that it evokes are a little more subdued. It’s more romantic. More dreamy. And that might be just what Grande is going for. Depending on the sound of the album and the songs in it, Moonlight may totally be the way to go.

But, if her new album is now called Dangerous Woman, then that seems to me like it would be a completely different sound. There’s a fierceness to that title, one that suggests strong lyrics, bold sounds, and some pretty sick beats that we will no doubt be singing over and over again once the album is released.

So when it comes to which one is better, it probably largely depends on the album itself. If there are softer songs, more heartfelt lyrics, Moonlight seems like the way to go. But, if the music is as fierce as Ariana Grande herself, then I’m all for switching the title to Dangerous Woman.

Now, if we could just get confirmation from the artist herself that the title has changed, we can all get even more excited for what is sure to be an incredible album.

More like this
Billie Eilish’s UK Happier Than Ever Tour Will Include A Climate Takeover Event
By Rachel Mantock
Watch Pete Davidson Joke About The “Really Weird” Kanye West Drama On Stage
By Brad Witter
Kanye Walked Out Of Kim's 'SNL' Monologue Because Of These 2 Words
By Jake Viswanath
Are The Names Of Kim K & Kanye's Kids Tattooed On Pete Davidson's Neck?
By Bustle Editors
Get Even More From Bustle — Sign Up For The Newsletter