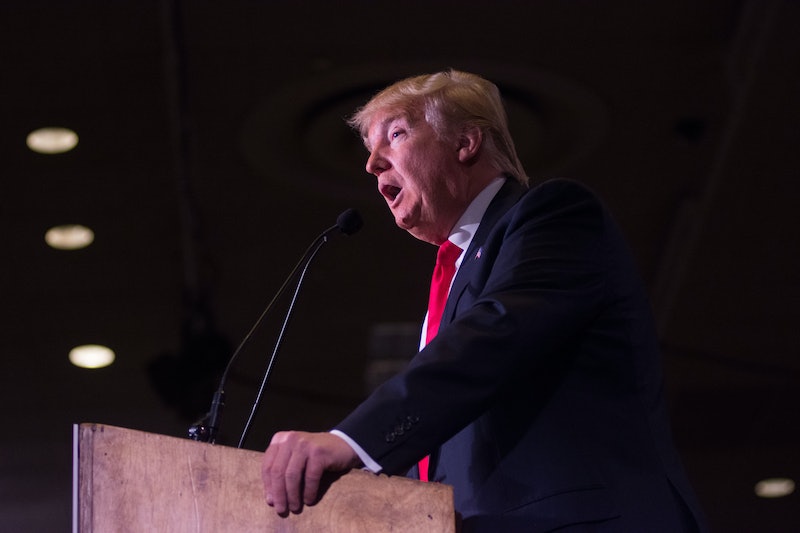 On Tuesday night, Republican voters in Nevada caucused for the GOP presidential candidate of their choice. Donald Trump continuously polled as the top candidate in the state, and after two consecutive victories in the New Hampshire and South Carolina Republican primaries, he came in first place once again. After hearing the results, Donald Trump's Nevada caucus speech looked ahead to Super Tuesday.

With Jeb Bush out of the race, caucus-goers had to choose between Trump, Ted Cruz, Marco Rubio, Ben Carson, and John Kasich (yes, Carson and Kasich are still in it, to most of the country's surprise). The Nevada caucus hasn't historically had high voter turnout, with only 33,000 of the state's 400,000 registered Republican voters participating in 2012. Because voters weren't allowed to register the day of the caucus like Democrats could on Saturday, Republicans who hadn't registered ahead of time weren't able to caucus for their candidate. Caucuses are more time-consuming for voters than primaries because they require voters to stay and vote either by raising a hand or physically moving to an area designated for a candidate, so it's often difficult to convince people to go.

As always, Trump criticized his opponents up until the caucus began, tweeting Tuesday: "Unlike the other Republican candidates, I will be in Nevada all day and night - I won't be fleeing, in and out. I love & invest in Nevada!" His commitment to the state paid off.

He was obviously pleased with his third straight victory and is looking forward to more on Super Tuesday.