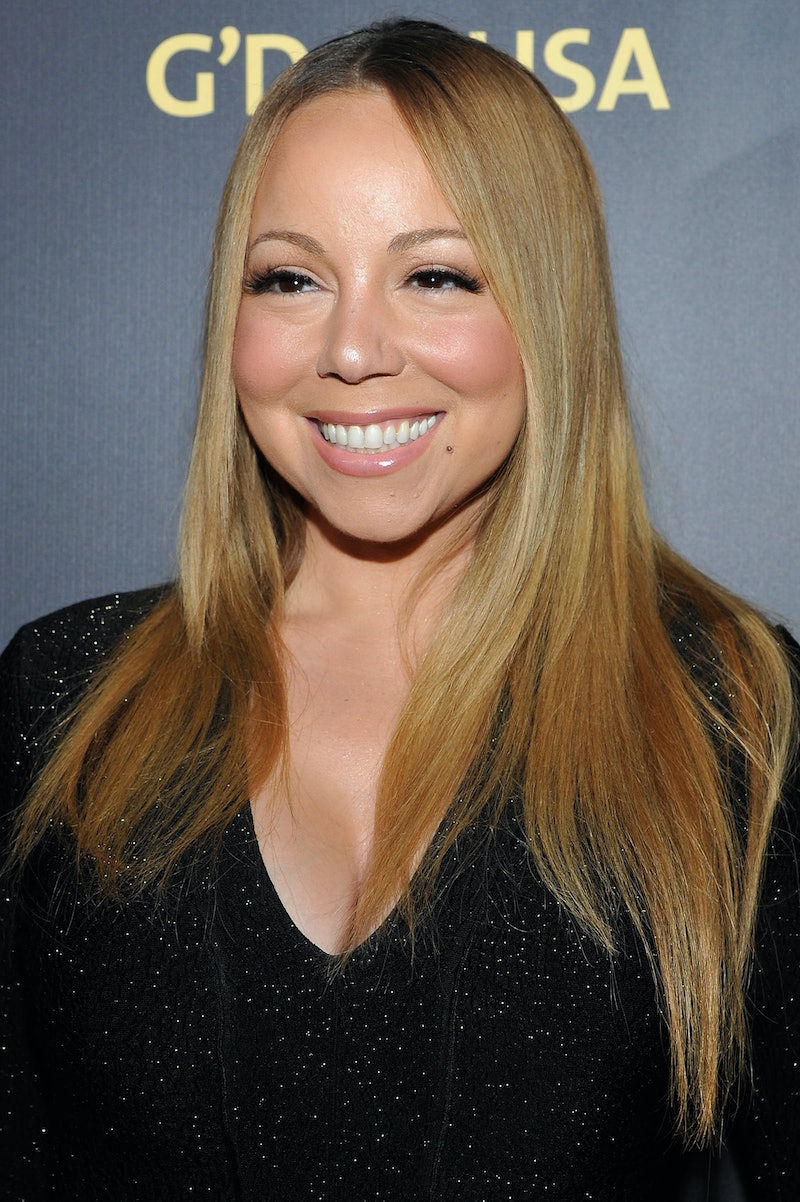 Everything seems to be comin' up roses for Mariah Carey: her Las Vegas residency is a smash hit, her Sweet Sweet Fantasy tour kicks off in March, and she just got engaged to her partner, James Packer. Awww! Clearly, the elusive chanteuse has a lot on her plate right now — but her fans (or "Lambs," as she calls them) can't help but wonder when their idol will find time to give them new tunes. So, what's the deal? When is Mariah Carey releasing new music? It could be sooner than you think.

In a recent interview with Access Hollywood, Carey revealed that while she loves performing on stage, her "favorite thing is being in the studio and recording new music." The "We Belong Together" hit-maker went on to say that she's taking her time "perfecting" her next album (her 14th), but we'll be hearing "at least another single" from her "soon." Whoa. This is 'uge!

Carey hasn't released a new track since "Infinity" in April 2015, so, needless to say, her "Lambily" is anxious to hear some fresh material. In recent years, the 45-year-old singer's songs haven't fared all that well on the Billboard charts — but that doesn't mean she's lost her touch. Yes, she's put out a couple clunkers ("Triumphant (Get 'Em)" immediately comes to mind), but she's put out a few gems, too.

"Almost Home" from the Oz the Great and Powerful soundtrack, for instance, is an epic and powerful ballad; "#Beautiful" with R&B singer Miguel is nothing short of magical; and "Infinity" features some of the superstar's most ridiculous (and hilarious) lyrics to date. True, she hasn't landed a No. 1 since "Touch My Body" in 2008, but as far as I'm concerned, she's still got it.

Because Carey said she's taking her time recording her next LP, I suspect this upcoming song will be released as a stand-alone single — something to keep fans happy while she's busy entertaining audiences in Vegas. Hopefully, she'll share more details with us in the very near future.