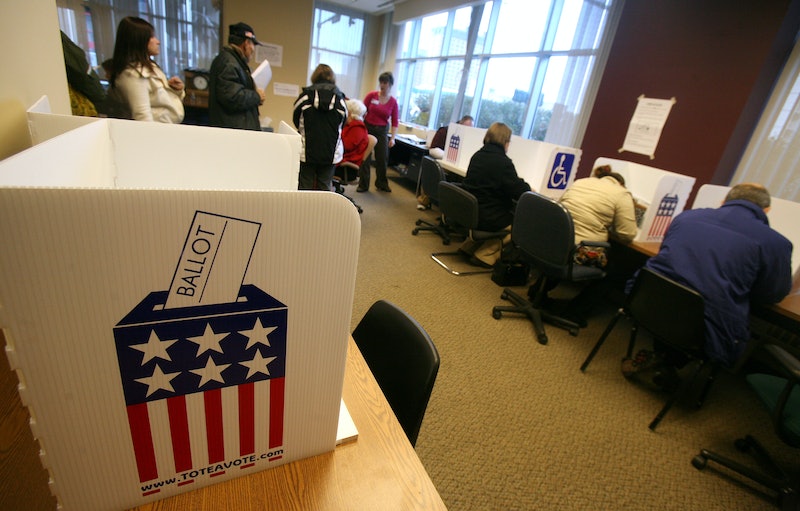 Super Tuesday marks an important milestone in the current election season as the country comes one step closer to picking presidential nominees prior to the Nov. election. The March 1 event will have 13 states conducting a series of caucuses and primaries along with American Samoa and Democrats Abroad. For the nation's 49th state, Republicans are marking Super Tuesday with what the party is billing as a "Presidential Preference Poll" rather than a caucus. The state of Alaska had typically been conducting caucuses for both parties, though this year appears to be different. For that reason, many are wondering if the former Alaska GOP caucus is winner take all affair.

Though the event has changed substantially, the shift is not without precedent. Alaska has had a Presidential Preference Poll for the GOP twice before. The PPP operates off a proportional system in which candidates must garner at least 13 percent of the vote to be eligible to receive delegates. Alaskan Republicans will cast their votes on March 1 from 3 p.m. to 8 p.m and results are expected either later that evening or early March 2 at the latest. Just over a quarter of the state's 514,162 registered voters are Republicans. That number may increase come Super Tuesday, where Alaskan voters who are either undecided or unaffiliated will still have the opportunity to register with the GOP in order to participate in the March 1 poll.

Given the strength of the Republican party in the Last Frontier, there are a rather large number of delegates up for grabs despite its rather scarce population. Alaska boasts 28 total GOP delegates this election season. According to a recent poll from Alaska Dispatch News, just two GOP presidential hopefuls may go onto nab those delegates. Only frontrunner Donald Trump and Texas Sen. Ted Cruz appear to be surpassing that 13 percent threshold among registered Republicans who were polled, meaning they might be the only ones to receive Alaskan delegates.

The poll shows Trump narrowly beating Cruz by just 4.1 percent. The real estate mogul polled at 27.9 percent compared to Cruz's 23.8 percent. Much has changed since the poll was conducted in January and it appears that the Donald's momentum will only continue to rise. Three candidates in the Alaska Dispatch News poll have already dropped out on the right, to say nothing of Martin O'Malley suspending his campaign on the left. By the time Super Tuesday rolls around, Alaskans may very well be casting their votes in a race that appears to have already been firmly decided on the right.

Believe it or not, both primaries and caucuses can be laugh-out-loud hilarious. Don't believe us? Have a listen to Bustle's "The Chat Room" podcast…