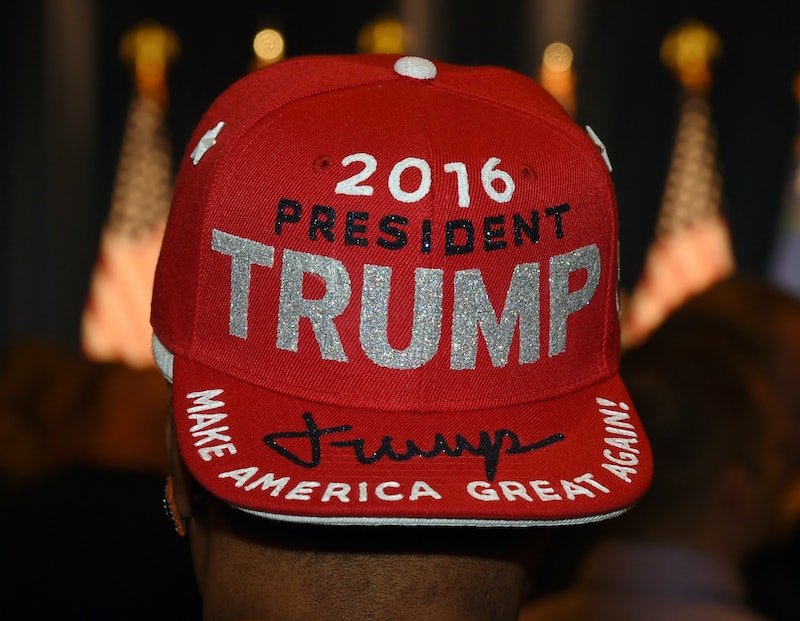 Donald Trump doesn't seem to much care whom he offends or befriends. On Tuesday night, though, the outspoken businessman and Republican candidate for president might have proven why he doesn't need to care. In winning Nevada's GOP caucus by a very wide margin, Trump actually won the Latino vote, coming through on a prediction he made months ago to the dismay of Americans everywhere.

Back in July, Trump proclaimed that he would win the Latino vote in 2016 because of his promised ability to create jobs. This comment came shortly after he had made very different headlines: Trump professed during his campaign announcement speech that Mexican immigrants were "rapists," bringing crime and drugs into America. (For the record, he also said that Mexican immigrants — some of them, he assumes — are "good people.") He has repeatedly promised to build a wall along the southern border of the United States — a wall that he swears Mexico will pay for. He has even accused the Mexican government of sending these immigrants over the border intentionally. The list goes on, but let's just say that Trump's anti-immigration comments are definitely up there with his anti-women comments.

Given those comments, it seems illogical that Trump would win 44 percent of Nevada's Latino vote during the state's Republican caucus — yet that's exactly what happened. According to a CNN entrance poll in Nevada, Trump earned more of the Latino vote than the two Latino candidates in the race, Marco Rubio and Ted Cruz. According to the poll, Rubio won 29 percent and Cruz won 18 percent.

It's important to note, though, that CNN has also disclosed that there's a 10 percent margin of error considered with this entrance poll. After all, the entrance poll was taken before the caucus process, which inherently tries to sway participants to change their minds. And these voters are just a small subset of the state's entire Latino population.

Still, the fact that 44 percent of Latino voters didn't need any convincing to say that they support Trump for president is remarkable. And perhaps it shouldn't be. Few voters, including Latino voters, would choose a candidate for president based on his or her approach to immigration. While it's a very controversial and debatable issue, it's not Americans' number one priority — that's job creation. Americans, and Latino voters in particular, want to support a candidate who can create jobs and boost the economy. Issues like immigration tend to come secondary to those top issues.

It's understandably hard to argue with Trump's appeal on an economic level. He's built quite an empire for himself, creating who knows how many jobs and maintaining what we're all assuming are ultra-high profits. Still, it remains to be seen if he can be effective in the public sector, and more specifically, the White House. Interestingly enough, it could be Latino voters, a group that he has insulted the most, who help put him there.