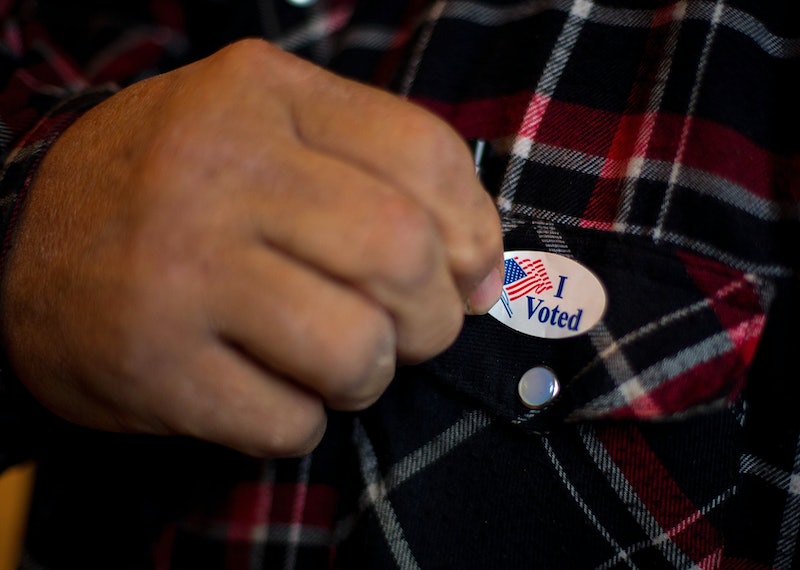 While determining the winner of a state's primary election, employing rudimentary math to count votes isn't going to cut it. A little thing called delegates makes the process much more complicated. Each state boasts a certain type of primary election as well as a particular delegate allocation method, both of which can even differ between Democratic and Republican parties in the same state. Contrary to the winner take all primary system, Massachusetts, which claims the third highest number of delegates out of the Super Tuesday states, will allocate them proportionally. Though it's not an all or nothing ordeal, the stakes remain high for both Republican and Democratic candidates campaigning in the state.

According to The Green Papers, Massachusetts will set aside 42 delegates for the Republicans and will allocate them proportionally according to each candidate's statewide total. Though the first place winners will swipe the majority of delegates, the runner-ups won't leave empty handed. To be awarded a delegate, a candidate must achieve at least five percent of the statewide vote. On the Democratic side of things, 116 delegates are up for grabs and the allocation process is not uniformly proportional. Just 32 of those 116 delegates will be allocated in the same manner as the Republican delegates, according to the statewide vote. A majority 59 delegates, however, will be split among Massachusetts' nine congressional districts and distributed according to the vote in each specific district. As opposed to having to secure just five percent of the vote, like the Republicans must do, Democratic candidates only need to gain 15 percent. Considering there are only two Democratic candidates, Hillary Clinton and Bernie Sanders, it shouldn't be too difficult.

If there's one takeaway from the Massachusetts' primaries, it's that they're not all about winning. Instead, delegate counts will largely depend on the margin of victory and a close second place won't, by any means, prove to be as deleterious to any candidate's campaign as a winner take all primary would be.

Among Democratic voters in the state, Sanders may have an advantage over Clinton. The Vermont senator has been campaigning heavily in the state and banking on a win so that he may catch up to his opponent's intimidating mountain of delegates. According to Boston.com, the state's Democratic electorate is exceptionally liberal and overall, not racially diverse. In the past, similar demographics have proven beneficial for Sanders. For example, he secured New Hampshire, a state that's demographically comparable to Massachusetts, by over a 20 point margin in the beginning of February. Currently, according to RealClearPolitics' averages, Clinton is leading Sanders by a very slim 1.8 point margin.

As for the Republicans, Trump is scoring a big time lead of 24 points in the polls. Even so, it remains unclear as to whether the state's Republican electorate will opt out of supporting establishment candidates, like they did Mitt Romney, and go for a political outsider, like Trump, instead. Marco Rubio's second place lead, in that sense, might prove to be emblematic of the state's loyalty to the establishment side of the party.