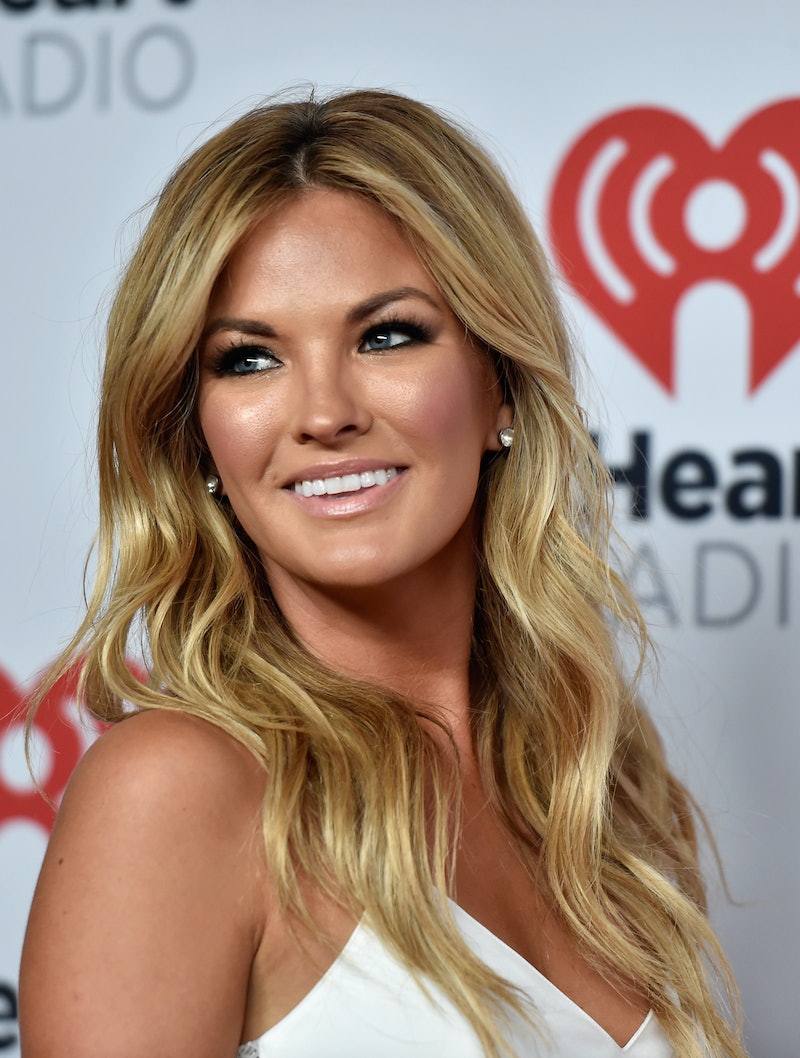 I don't know about you, but I am still not over Becca Tilley getting the boot on The Bachelor (for the second time). In all honesty, she really didn't have the deepest connection with Ben Higgins, but she really wasn't given the chance to establish one. The other girls got way more one-on-one opportunities than she did! I can see why Ben sent Becca home, it's just such a shame and it makes me wish that I was handing out the roses myself. And I feel like I'm not alone on this one. There were so many times when the viewers probably wanted to give Becca a rose on this season of The Bachelor — and not just during rose ceremonies.

There were so many reasons why Becca would have been the ideal person for Ben to bond with, but the date cards just were not in her favor and it's a real travesty. The two-time Bachelor contestant is beautiful, composed, well spoken, and sincere, and any man would be lucky to have her. If only Ben saw what the viewers saw! If that were the case, then Becca would have had a million roses at this point.

If fans had any authority when it came to handing out roses, then these are the times when she definitely would have gotten one. Queen Becca deserves all of the roses ever.

1. When She Put Herself Out There For A Second Time

Getting rejected on reality TV is a lot to endure. Becca deserved a rose and some praise when she decided to look for love a second time. It definitely took a lot of courage to swallow her pride like that.

2. When The Women Hated On Her Return

The other contestants, most notably Lace, were not happy to hear about Becca's return to The Bachelor and felt that she had an advantage. I just wonder if they thought this because she had already been on the show or because she was a catch no matter what the circumstances may be. Becca didn't worry though. She just kept her head in the game and focused on Ben.

3. When She Got Her First Solo Date

Becca finally got her moment alone with Ben when they had a one-on-one date in Las Vegas! She was finally moving out of the background and into the spotlight where she belongs! Team Becca all day every day. The girl actually got the rose for this one.

4. When Her Date Got Weird

Officiating weddings and walking through a junkyard full of old neon signs is one of the strangest dates possible. I have no idea how someone is supposed to act in those circumstances, but my girl Becca handled it like a total pro and had fun with it all. Definite rose material with this one.

5. When She Looked Amazing In A Wedding Dress

The only thing missing was a bouquet of a roses!

6. When She Told Ben She Wanted Him More Than Chris Soules

I can't believe that Becca told Ben she had stronger feelings for him than Chris Soules. She went all the way to the end of Chris' Bachelor season, and she was only just starting to know Ben. So expressing her feelings was a really risky move to make, but Ben admired her for putting herself out there and opening up. Becca deserved her rose for this level of honesty.

7. When She Talked About The Importance Of Her Virginity

This wasn't the first time that she discussed her virginity on national television. Still, it is a big deal to sit next to a man you're interested in and explain the importance of keeping your virginity. I'm sure that conversation is tough to have no matter how many times she's done it, and Becca's sincerity and candor were something to be admired.

8. When She Waved A Hot Dog Around In The Ocean

Hanging out with pigs on a group date in the ocean is just super weird. So how did she deal with that? She aimlessly waved a hot dog around. There was no better way to make light of a super awkward situation when Ben was only paying attention to Lauren B, than just being silly. We all really felt for Becca on this date and she should get a rose just for putting up with everything that went down.

9. When She Talked To Ben About Lauren B.

The group date with the pigs continued to be mad awkward due to everyone feeling left out because of Ben's connection with Lauren B. So when Ben pulled Becca aside to talk she tried her best to articulate how it feels trying to make a connection with someone who seems more interested in another woman. She wasn't back stabbing Lauren B. or trying to be catty. She was expressing her emotions and tried her best to make Ben understand. It was a tough conversation to have, but Becca handled it with grace and that warranted a rose.

10. When She Couldn't Place Indiana On A Map

Yes, I know that not knowing where Indiana belongs on a map isn't something to be proud of, but hey, not everyone has middle school geography knowledge at the forefront of their mind. Nevertheless, it was an endearing moment that she was able to laugh off. The ability to make mistakes and not get down about it qualifies Becca for another rose.

11. When She Still Looked Cool In A Leaf Fight

Although this was an extremely cheesy scene to watch, Becca still seemed cool frolicking around in the leaves. No one else looks as genuine tossing leaves around. Becca can make anything fun and should get a rose for that.

12. When She Shared A Canoe With Amanda Instead Of Ben

There was a clear juxtaposition between the two canoes on the group date in Warsaw, Indiana: Ben and Caila were having a romantic date in one boat and Becca got stuck with Amanda in a another canoe far away. Once again, Becca got the shaft when it came to alone time and my heart poured out for her.

13. When She Asked Ben Not To Blindside Her

It took a lot of guts for Becca to tell Ben that she had strong feelings for him. Then she told him to let her go if he did not feel the same way about her. That was a bold move to make. Nobody likes to ask for for something knowing that they might not like the answer. It was courageous of her and she took it as a sign of reassurance when Ben did not give her any warning about sending her home — which he did that night. Becca could have really used some roses at that point.

14. When Ben Picked Amanda To Continue A Date Instead Of Her

Once again, I have to emphasize that Becca barely got alone time this season. If she did, then there might have been a different outcome. So it was heart breaking to see her tell Ben how serious she is and then watch him leave their group date for a solo hang out with Amanda. Poor girl.

15. When She Cried In The Limo

Not only did Becca get rejected on TV (again), but it was right after she asked Ben to be upfront and honest about his feelings on the group date. She felt blindsided and it was exactly what she did not want. Becca shared her vulnerability with the viewers as she cried in the limo home.

16. When She Was Amazing All The Time No Matter What

This is just a general observation, but fight me on it. Whether she was laughing or crying, Becca slayed the game no matter what. She had fun, carried herself with class, and communicated honestly the entire time. Real talk, she deserves several bouquets of roses to honor this season as a whole.

It's still tough to get over Becca's departure from The Bachelor. I feel like every fan wants to comfort America's favorite contestant. If the viewers were handing out the roses, Becca would have more than she could handle.

For more Bachelorette check out Bustle's Will You Accept This Podcast? below:

More like this
Becca Tilley Confirmed Her & Hayley Kiyoko’s 4-Year Romance With A Heartfelt Note
By Brad Witter
Taylor Swift Knew Hayley Kiyoko & Becca Tilley Were Dating 4 Years Ago
By Grace Wehniainen
When Was 'Bling Empire' Season 2 Filmed?
By Alyssa Lapid
Everything To Know About 'RHONJ' Season 13
By Brad Witter
Get Even More From Bustle — Sign Up For The Newsletter