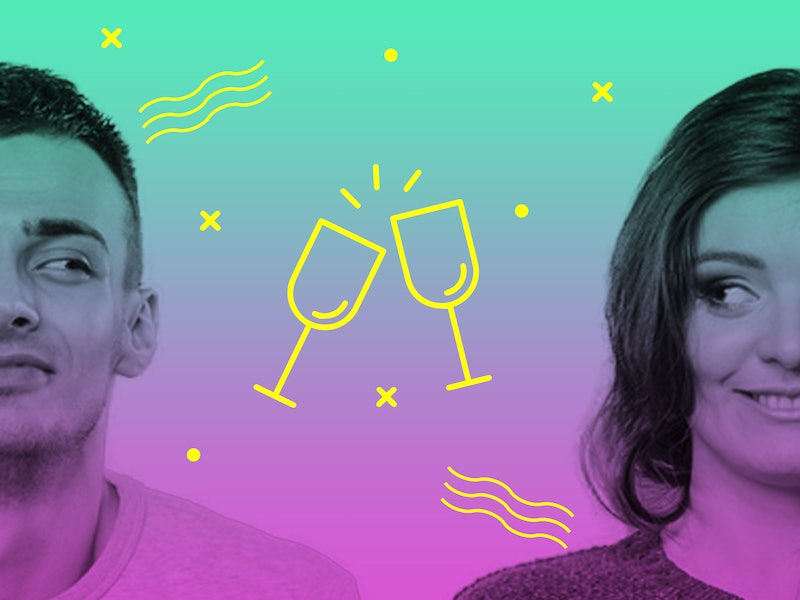 Happy hour, as we know it today, is that magical yet brief period of time where discounted drink specials reign supreme. But the history of the word "happy hour" stretches further back than one might expect. Today, most bars and restaurants use this marketing term to refer to a time in the afternoon, usually between 4 p.m. and 8 p.m., that encourages the after-work crowd to let their hair down by taking a few dollars off beer, wine, and cocktails. For those seeking solace in an affordable glass of wine, happy hour can be the saving grace of many a tough day. It is a time to blow off steam with your friends and colleagues — a nice intermission between workday grind and the quietude of home. So, just how long has the venerable tradition been around?

The term first seems to crop up in Shakespeare. No surprise there, as we owe around 1,700 of the words and terms we use today to this great linguistic inventor. However, Shakespeare’s happy hour refers to an time of merriment and entertainment (not drink discounts) in King Henry V, written around 1599. King Henry proclaims in Act one, “Therefore, my lords, omit no happy hour / That may give furtherance to our expedition” — and I agree, we should never omit a happy hour!

The term crops up yet again after World War I and through the 1920s as slang used by the U.S. Navy. Similar to Shakespeare, it supposedly referred to a period of organized entertainment that took place on the ships. These boxing and wrestling matches allowed the sailors to let off some serious steam, much needed after the long stretches spent out at sea.

When nonmilitary personnel adopted the term, it changed meanings yet again. During prohibition, which lasted from 1920 through 1933, the production, transport, and sale of most intoxicating liquors was outlawed under the 18th Amendment. "Happy hour" became a euphemism for people meeting to drink secretly before having dinner at a public restaurant, where the sale and consumption of alcohol was illegal. You can think of it as an old timey term for prohibited "pre-gaming." We can thank speakeasy culture for giving us the trend of drinking before dinner.

And how did the term "happy hour" infiltrate popular culture? The Saturday Evening Post is credited with that, mentioning the term in their 1959 article "The Men Who Chase Missiles." The article described the day to day of those who lived and worked on remote island outposts tracking Cape Canaveral's missile launches. A benefit of these faraway posts was that one could save up money, but as anyone who enjoys having the regular cocktail knows, money doesn't always stay in your pocket for very long. The article warns, "Except for those who spend too much during “happy hour” at the bar — and there are few of these — the money mounts up fast."

So there you have it — with Shakespeare, sailors, and prohibition, the origins of the happy hour are even cooler than a fiercely shaken martini.

More like this
10 Pumpkin Recipes That Are Way More Creative Than Pie & Lattes
By Rebecca Deczynski and Alexis Morillo
You Can Stay At The 'Hocus Pocus' House On Airbnb
By Alexis Morillo
Craving The Beach? Here's Your Guide To A Solo Vacation In Turks & Caicos
By Alexis Morillo
TikTok's Butter Board Might Be The New Cheese Plate
By Emma Carey
Get Even More From Bustle — Sign Up For The Newsletter