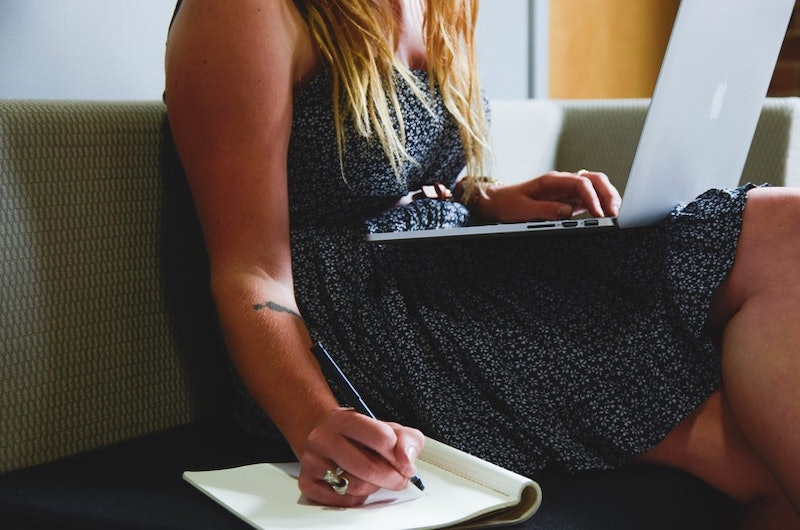 I find money to be troubling as a 20-something, and I’m sure I’m not alone in that regard. If you’re not making overwhelming amounts of it, money can be really difficult to navigate during this time of your life. However, there are money rules to live by in your 20s that can help you get through it with ease. These rules are not scary or difficult to follow by any means, so read on, my friend.

This decade of our lives might seem especially hard for managing money as it’s really the first time many of us have had to do so completely on our own. In our teens, likely you had a job, but your financial obligations may have been far less. Now in our 20s, we’re up against rent, bills, and the everyday costs involved in just getting by on our own, and that really is a lot to handle for a newbie. It’s especially tough when you consider that some people out there were never formally trained in how to manage finances. For a lot of people it’s sort of a crapshoot trying to figure out the right way to spend. It’s even more of a obstacle figuring out how to make it by and then have funds to spill over into savings. As you’ll see in this article, the ground work is really laid in having a great spending plan and mindfully controlling the amount of debt you allow yourself to accumulate. Here are six money rules to live by in your 20s.

When I was in college I don’t think I ever paid for clothes. Rather, I opened a store credit card and went there every time I needed anything. While I had a closet full of amazing items, I got myself into a really deep hole that took me a while to dig out of. How did this happen? I was completely uneducated on how to use a credit card, and when living on a tight budget in college, I came to rely on it fully.

According to DailyFinance.com, this is something that can often happen to broke college students who don’t know what they’re doing with the card, and end up with bill shock when they see their statement. While credit cards offer an easy way to spend beyond your means, remember that you will, in fact, have to pay these off, so it’s not as though it’s free money. In fact, when interest rates start to hit, the inexpensive coffee you swiped for can end up being an unbelievably expensive coffee. DailyFinance.com suggested keeping your spending within your available resources (like your checking account) rather than grabbing for that credit card every time. Already in credit card debt? Focus on chipping away at it and always paying the bill on time — a major factor in keeping a good credit score.

2. Keep An Eye On Your Credit Score

There aren’t many things in life that terrify me as much as the thought of having a bad credit score (aside from clowns, possums, and my most feared… writer’s block). Why is your credit score so important? Where do I begin? For one, it determines how much interest you’ll pay on future purchases, according to U.S. News & World Report, or if you’ll even get approved for purchases. This includes future cars and homes, just to name a couple. Also, if you let your score take a nosedive, it might end up haunting you for quite some time. This is because something seemingly small, like paying a bill late, could ultimately send you into collections and ding your score significantly. However, oppositely, there’s no “big win” to then improve your score significantly. Rather, you’ll simply have to spend a long time working to correct that mistake — possibly even years. Ultimately, try to remember that your credit score is going to stay with you for life whether you like it or not, so make sure it’s a priority for you. Keep an eye on your score for free on sites like CreditKarma.com.

3. Always Pay Your Bills On Time

A major component of keeping your credit score golden is paying your bills on time, so let’s quickly discuss that next. As mentioned, if you pay late and end up in collections, it will take a shot at your credit score. Separately, paying your bills on time can ultimately save you money when you consider the late fees you’ll likely endure, according to NerdWallet. Paying your bills late can also lead to increased interest rates, the outlet noted. NerdWallet suggested if you’re struggling to pay bills on time because you genuinely forget the due date, set up automatic payments. If you can’t afford to pay the bills, consider developing a spending plan, which we’ll get to next.

A spending plan doesn’t have to be difficult to set up. It’s all about prioritizing what’s most important to you (ideally beginning with paying bills on time). According to The Wall Street Journal, you should begin by adding up the fixed costs for the month (e.g., your rent, utility bills, car payment, etc.) — the things that don’t change. Next, subtract that number from your take-home pay for the month (amount after taxes), and you’ll be left with your discretionary income, or the money you have flexibility with. This is the dollar figure you must live within to get by. Now, you really need to prioritize. Decide what amount you’ll want to save, and what fluid things are coming up this month that you want to spend money on, like a concert or a weekend trip. Do this every month and it will allow you to see what dollar amount you have to work with. It will help you decide on what things you need — like extra food in the fridge — versus things you want — an after-work shopping spree — depending on what you can afford.

5. Say “No” If Your Finances Are Tight

I hate having to say “no” to a fun night out with my friends, but in rare instances when I can barely afford to pay my bills, it’s something that needs to happen. Something I’ve done before in order to prevent missing out is grab my handy credit card to pay for the night and take on the “I’ll worry about it later” mindset. This has always come back to bite me in the ass. According to The Wall Street Journal, those in their 20s often feel peer pressured and don’t know how to decline an offer, even if they legitimately can’t afford to participate. The outlet suggested making a point to consult your spending plan to understand whether you actually can afford to swing it or not. If you really cannot afford it, the outlet suggested explaining it that way to your friends. More than likely they’ll completely understand. Worried about the FOMO? Don’t be — check out this article I wrote on ways to overcome that dreaded feeling.

Our 20s are a difficult time to prioritize saving, but just think of how happy you’ll be down that road that you decided to start saving early. Chances are you have dreams for the future that are dependent on money, whether that’s buying a house, starting a family, or going on that big vacation. As MSN aptly noted, money doesn’t just materialize to pay for these things, you need to save for them. The outlet suggested starting to save in your 20s by keeping these goals and dreams in mind. It’ll make saving feel a lot better and easier if you focus on that image of you lying on a sandy beach in Bali in the future.

Unless you’re sitting cushy on piles of cash, chances are money isn’t the easiest of things to navigate in your 20s. However, by implementing some of these money rules into your life, you can soon find that you, your bank account, and your credit score are very, very happy.