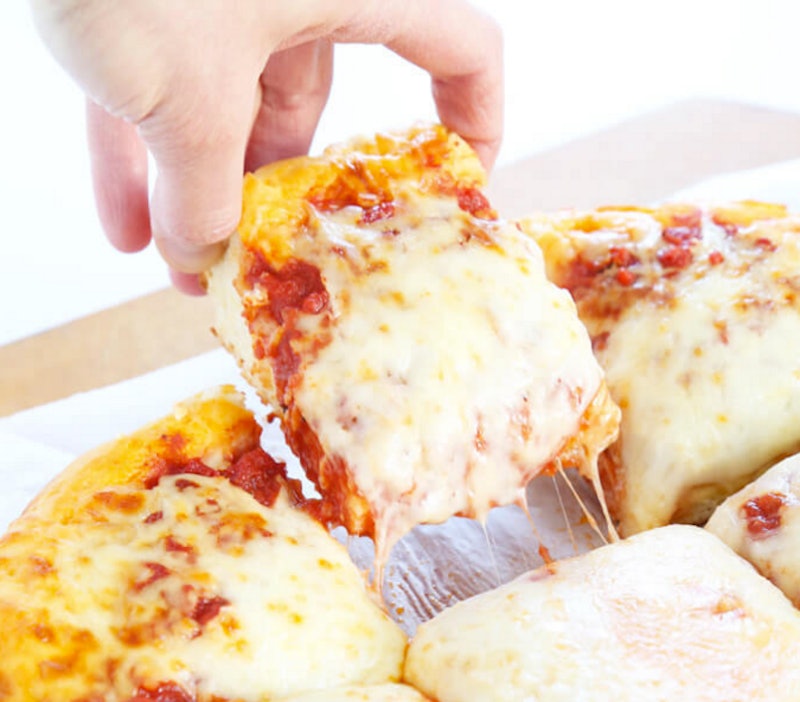 Spring is almost here, which is right in line with the forecast provided by the over-sized squirrel of Steelers country. But, for now, when the sun goes down, the jackets come out and nothing sounds more appealing than a nice warm meal that's ready to eat waiting for me in the kitchen. Check out these gluten-free Crock-Pot ideas for when you are in the mood for anything but wheat.

There's a lot to love about Crock-Pot recipes, but it can be tough to find gluten-free ideas if you don't know where to look. For people with celiac disease or a gluten sensitivity that emerges during young adulthood, the dietary restrictions can seem a little extreme — if for no other reason than pizza. My senior year of college, my doctor advised me to try cutting out the big G, but I spent five days naggingly hungry and increasingly irritable, so I fell off the wagon on day six and never looked back. Evidently, the good doctor never thought to eliminate final exams from my diet. But I do appreciate a break from wheat every now and then.

Eating gluten-free food doesn't have to be a dessertless disciplinary activity filled with watery sauces and stale buns. Here are 13 reasons why.

Substitute soy sauce for Tamari or similar gluten-free product, and you've got yourself a rich, flavor-packed bowl of protein ready to make its way directly to your muscles. A lot of Asian food made in restaurants is off limits for those abstaining from the G force, so it's always awesome to find a great Thai recipe that can be made at home. Get the details at Food Fanatic.

Girl, yes. I love Indian food, and I love Indian food even more when it happens in my Crock-Pot so I can make it as spicy as I want with exactly zero people doubting my grave seriousness when I ask for things extra spicy. There's nothing bland or boring about this chicken curry from Table For Two. Plus, if you swap out the heavy cream with skim milk or even half-and-half, this meal could be considered downright healthy.

This looks so delicious with cinnamon, ginger, and apricots rounding out the flavor explosion. This recipe is traditionally cooked in a tagine (hence the name) or a Dutch oven, but you can sear the chicken in a frying pan and transfer it and the rest of the ingredients (sans couscous) to a slow cooker if you want to set it and forget it. Find the slow cooker instructions down below the ingredient list at The Kitchn.

This recipe from Mel's Kitchen Cafe looks like exactly what I want to eat when I don't feel well, which is perfect because I can dump the ingredients in the Crock-Pot and go back to bed.

Leave some pork in the slow cooker with orange juice, spices, and a little liquid smoke for as long as you want, then broil to get those perfectly crispy edges. Just make sure you get corn tortillas to keep the whole adventure 100 percent gluten-free. Check out the whole story at A Spicy Perspective.

Gluten-free dumplings are a miracle that I didn't know existed until just now thanks to Gluten Free on a Shoestring. The thickness of the soup actually comes from a bunch of pureed vegetables, which is just the picture of healthy eating.

The secret to amazing pho is the broth, and that's why the slow cooker is the perfect place to make the dream a reality. The broth-making process takes time, so make sure you get an early start on this awesome Vietnamese soup dish from Steamy Kitchen. It will be well worth your efforts in the end.

I'm told that the best way to get your hummus rich and creamy is to slow cook the chickpeas in water and olive oil for six to 12 hours before pureeing with the rest of the ingredients. Big Girls Small Kitchen explains this recipe wonderfully in a way that makes every step in the process seem worth the time.

Gluten-free... bread?! In a Crock-Pot? Apparently the Crock-Pot is a magic chamber. According to Gluten Free on a Shoestring, all you have to do is mix a whole bunch of stuff together and dump it in the Crock-Pot, and out pops freshly baked bread with zero gluten.

Cooking a whole chicken in the slow cooker always makes me feel like a Jane Austen character or a backstage prop chef on Game of Thrones. You definitely don't need any gluten to pull off this masterpiece. Find out how at The Kitchn.

This gem from Damn Delicious is another Asian recipe here for which you'll have to swap Tamari for soy sauce, but that's no big deal (and essentially no flavor difference whatsoever). The deliciously tender and sweet and sour chicken flavor will be well worth your efforts in the end.

These potatoes look so good. I would probably just go into a potato frenzy, eat them all myself with a tasting fork, then wonder what had happened to the massive amount of potatoes that I had just made. This recipe is great because loads of restaurants dredge their French fries in flour before frying them up. Get on the gluten-free potato train at Damn Delicious.

Yep. That's right. Gluten-free deep dish pizza can and will be made in your slow cooker. That breaks all the rules of gluten freedom and slow cooking in the best way possible. Gluten Free on a Shoestring has a few different pizza crusts that you can work with and swap out in your gluten-free pizza-making adventures.