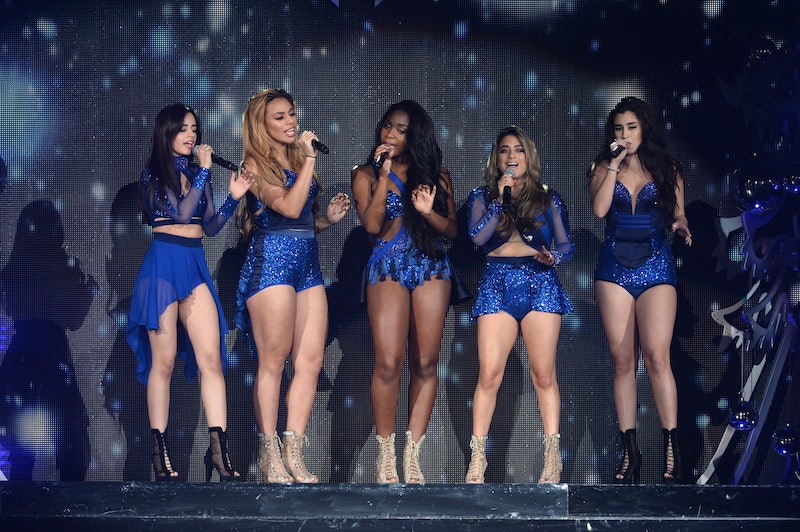 It's a good day to be a Harmonizer: On Wednesday evening, Fifth Harmony announced that their new album, 7/27, arrives May 20. The "Worth It" hit-makers also unveiled the cover artwork for the much-anticipated LP, and confirmed that their new single, "Work From Home," premieres Friday. Many hardcore fans instantly understood the significance of the title "7/27," but if you haven't followed 5H since the very beginning, you may be a little lost. What does Fifth Harmony's new album title mean? July 27 is a very important date for the quintet.

As you probably know, Fifth Harmony got their start on Season 2 of X Factor USA in 2012. All five women auditioned for the singing competition as individuals (just like the five members of One Direction did on X Factor UK in 2010), but were eventually put into a group by the show's judges. July 27, 2012 is the day Ally Brooke Hernandez, Camila Cabello, Normani Kordei, Lauren Jauregui, and Dinah Jane came together to become Fifth Harmony. Well, actually, the group had two different names before they became Fifth Harmony — 1432 and LYLAS — but you know what I mean. Check out a video clip of memorable moment below.

Breakup rumors have plagued Fifth Harmony in recent months, but they've insisted that they're not calling it quits (not yet, anyway). The title 7/27 could be interpreted as a response to these rumors, a way to say, "Look how far we've come... and we're still here!" However, it could also be interpreted to mean "This is the beginning of the end." Gulp.

5H haven't been together for all that long (and they didn't even land their first big hit until 2015), but it does seem like certain members are itching to strike out on their own. For instance, Cabello recently recorded a duet with newcomer Shawn Mendes called "I Know What You Did Last Summer" — and it climbed all the way to No. 20 on the Billboard Hot 100 chart. Clearly, the general public has an interest in the 18-year-old singer. And now that she's had her first taste of success apart from the group, she may be eager for more.

But, I'm not going to worry too much about the future of Fifth Harmony right now. Instead, I'm going to just sit back, relax, and enjoy the music. May 20 can't get here soon enough.