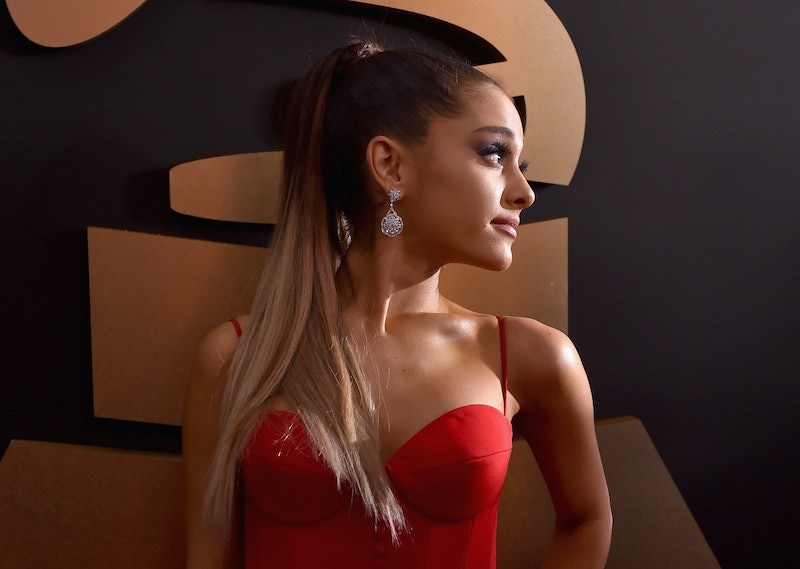 Recently, Ariana Grande updated her Instagram bio to include the words "Dangerous Woman." The singer also posted a photo while wearing a shirt with those words. Her legion of Arianators knew something was up. Now, Ariana Grande is selling white and gray "Dangerous Woman" shirts, as that's reportedly the title of her upcoming third album, which she revealed on Snapchat. That's the double the awesome. Fans can get an album full of new songs and they can also show their love, support, and perspective by wearing one of the four shirts that bear a decidedly feminist statement. So how can you get one of Grande's instant "must own," pro-women shirts? It's actually pretty easy and here is exactly where you can purchase them.

The shirts are being sold on the Dangerous Woman website that was supposedly designed to promote the new album. The t-shirt version comes in both white and dark gray, with a $30 price tag. The sweatshirt comes in both white and light gray, as well, and is sold for $60. Both the tees and the sweatshirts are simple, sweet, and allow you to express your feminism to the world.

While those prices may seem a bit steep for basics, it's all about that phrase and its simple font. Sometimes basic is indeed best, especially when you are trying to make a point. Anything more would be a distraction.

Here is Grande rocking her tee, along with a statement necklace.

A "Dangerous Woman" can mean many things to many people. Big ups to Grande for allowing her fans to express themselves with these shirts.

The shirts run from small to double XL, so they are inclusive to all fans and any feminist, be it a man or woman, who wants to wear them.

I don't wear non-black, but I would wear any and all of these shirts. You could totally rock the crewneck sweatshirt on a cool spring day with a pair of cut-offs or a denim mini skirt. The tees will look uh-maze with skinny jeans. Or just about anything.

I also love that the shirts are so simple. They let the powerful phrase make the most impact. Don't you love when fashion does that? It's not about the font, the cut, the shape, or the silhouette. It's about what the shirt says. The wearer can make it her own.

Grande is upping her fashion game lately. Her Ariana Grande x Lipsy London collection lands next week and now this. She is bringing it.