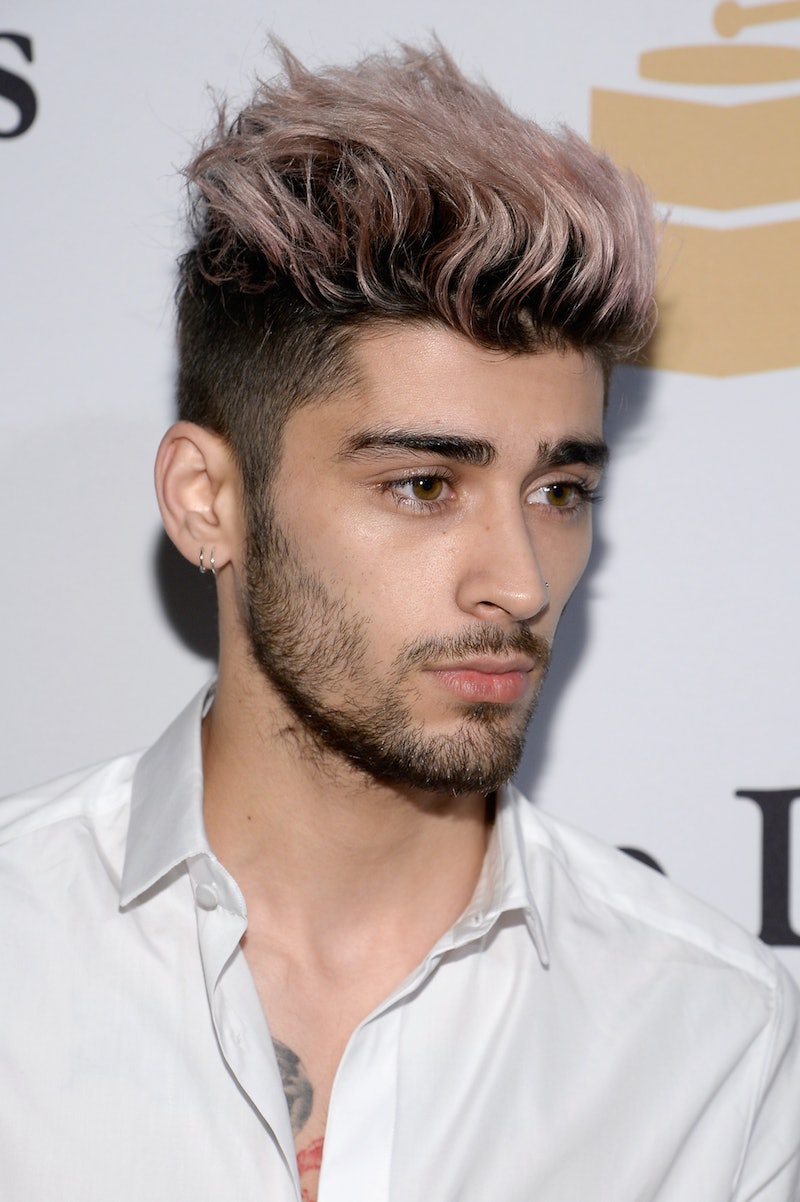 After premiering the second single from Mind of Mine on The Tonight Show with Jimmy Fallon, Zayn Malik has released the studio version of "It's You." And naturally, now that fans are given a second (and third, and fourth, and fifth...) chance to hear the track, speculations around who "It's You" is about are at an all time high. And, considering she's his current girlfriend, it's fair to wonder if Malik's "It's You" is about Gigi Hadid — especially given her appearance in Malik's "Pillowtalk" music video, which was released just a few weeks ago. But, if you really look into these lyrics, you'll notice that they don't seem to be about Hadid at all — in fact, it's more likely they're about about Perrie Edwards, Malik's ex-fiancée.

If you recall, the pair called it quits in August of last year, right after Malik decided to leave One Direction. After four years together — and almost two years of engagement — they ended things. Since then, Malik has kept pretty quiet about the breakup — but that doesn't mean he didn't get any of his thoughts and emotions out when he was writing music for his solo album. Proof of this comes from a recent interview Malik participated in with Zane Lowe on the UK's Radio 1: In it, Malik revealed that at least one of the songs on Mind of Mine would tackle his recent and very public breakup. He told Lowe that writing that song "was a form of therapy," and that it "did help [him] get through some sh*t."

All signs are certainly pointing to "It's You" being this song. Let's take a look at the lyrics and see if they reveal anything else.

Reason one this could be about Edwards: Let it be he did — for a while, Malik didn't speak to any outlet publicly about the break-up for a while.

So my silence won’tBe mistaken for believingAm I wrong for wanting us to make it?

Reason two this could be about Edwards: Maybe the reason Malik decided to not speak publicly about Edwards for so long because there was a part of him that believed the two could still make it work? They were engaged for two years, and at such a young age, that's practically a lifetime.

Could it be that it’s a lesson?That I never had to learnI looked at it like a blessingAnd now it’s just a curse

Reason three this could be about Edwards: Here, the song comes full circle. After all his deliberating and thoughts on his relationship with this person, he thinks it's an unnecessary lesson, and even worse — a curse. Yikes. Looking back on Malik's past romantic relationships, this verse definitely doesn't fit his current one with Hadid — and Edwards is really the only other person whom Malik shared a public, lengthy relationship with. It's more difficult to theorize is isn't about her.

Oh to be young and in love. And then to fall out of that love. Publicly. With another famous person. Only to write a song about it from your album that will probably sell millions. Heartbreak sucks.