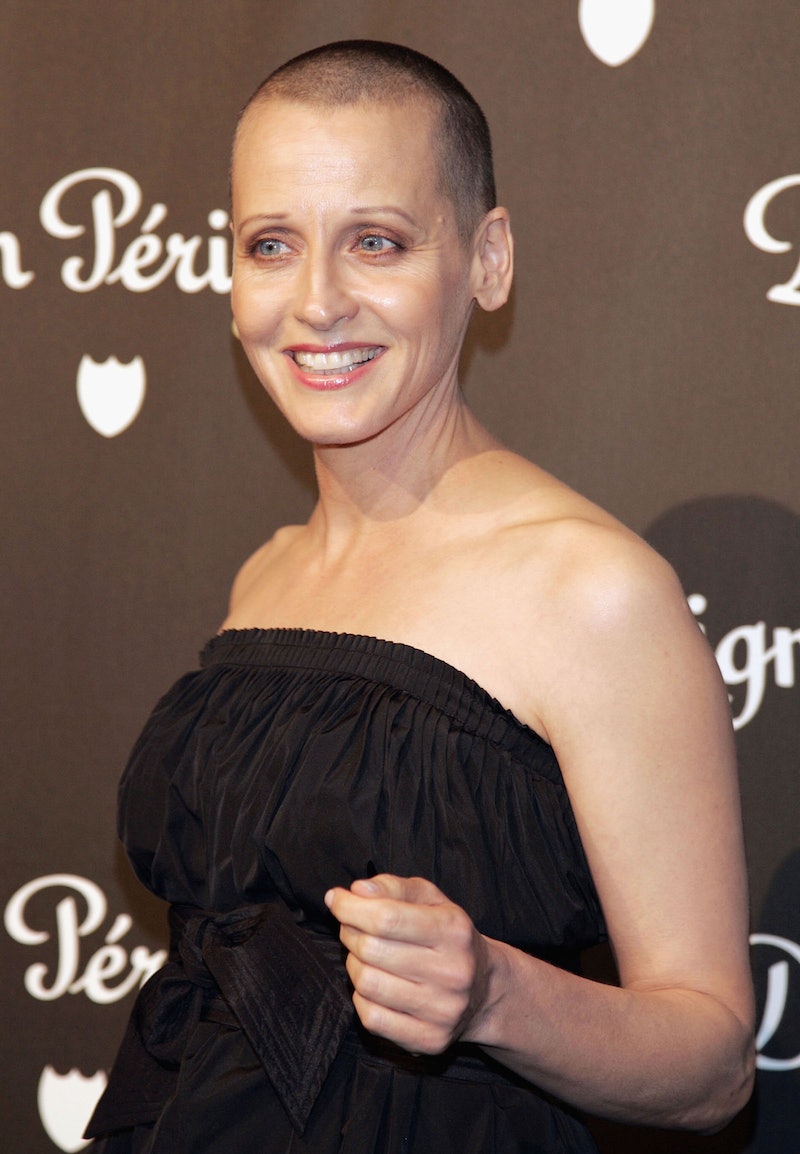 After getting totally jealous after seeing the Orange is the New Black cast rollerskating in a conga line at its Season 2 wrap party, now we have even more reason to feel left out/so excited for what's to come on the show. Last week, it was confirmed that TV and film star Lori Petty will have a guest role on OITNB 's second season, and we couldn't be more pumped. We have a feeling that Petty fit right in with the cast, since she's no stranger to appearing on TV shows about prison. To her credit, Petty has been on a few episodes of Prison Break, and has also appeared in House, CSI: NY, NYPD Blue, Point Break, and starred in the cult classic film, Tank Girl.

However, my favorite role of Petty's is when she played Kit Keller, Geena Davis' scrappy younger sister in A League of Their Own, who was constantly trying to prove herself, and heartbreakingly got traded from the Rockford Peaches to the Racine Belles. Who can forget her line, "I like the high ones!" Petty has a cult following herself, which will hopefully attract tons of new viewers.

So who will Petty play in OITNB? An inmate, prison guard, love interest, or someone from Piper Chapman's life before prison? I'm thinking an inmate, especially since Laura Prepon will sadly only appear in four episodes this season. At the very least, Petty will hopefully have a dramatic prison break scene, based off of her performance in Free Willy.

Petty confirmed her role on OITNB on Twitter and re-tweeted fan's reactions:

So basically, Petty is awesome, therefore, Season 2 of the show will be awesome as well. Can't wait. Let's all do a happy dance to celebrate.