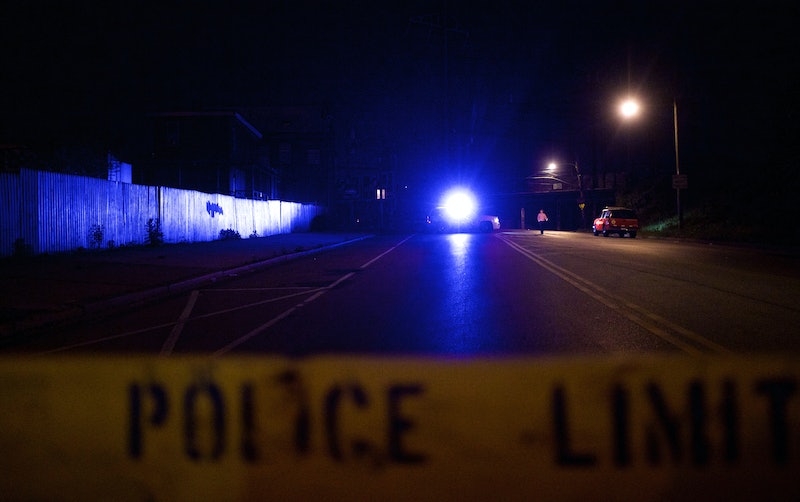 On Thursday, reports of an active shooter in Hesston, Kansas, rolled in around 5 p.m. local time. Shortly after 6 p.m. local time, the suspect was reported "down" by local dispatchers, and at least one person was reported dead. There's still plenty that hasn't been reported, as updates about the Hesston shooting continued to come to light throughout the evening.

The shooting occurred at Excel Industries, a manufacturer of turf care products (think commercial lawnmowers) based in Hesston. The city itself is a small town of fewer than 4,000 people in Harvey County, about 30 miles north of Wichita. Hesston College, a two-year Mennonite institution nearby, was placed on lockdown shortly after reports of the shooting were made public.

9:15 p.m. CT: Harvey County Sheriff T. Walton reported that the shooting yielded 18 victims in total. Four of them, including the suspect, had died from the gunshots at the Excel Industries facility. Additionally, Walton reported that eight of the victims were in stable condition at nearby hospitals, five were in critical condition, and one was in surgery. He also estimated that there could have been more than 150 people working at the Excel Industries facility at the time of the shooting.

Walton also confirmed that Excel Industries will remain closed until investigators have finished examining the building. The gun used by the shooter, which Walton called a "long gun," remained inside the building. Both the Kansas Bureau of Investigation (KBI) and the FBI were conducting investigations.

One particular police officer, according to Walton, should be considered a hero. He rushed into the building where the suspect was immediately and undoubtedly saved several lives. As Walton put it, the law enforcement officer is "a hero as far as I'm concerned."

The local police department had received a phone call from the White House as of 9 p.m. local time. This isn't surprising, as President Obama has made it a point to reach out to shooting victims and their communities throughout his presidency. Walton was not able to provide details about the call, but it's likely that the Obama administration will make a public statement before very long.

Paul Mullet, president and CEO of Excel Industries, confirmed that the suspect was an employee of his company. Mullet expressed his condolences for the families of the victims. He also said that a hotline had been set up for Excel employees to find out information about when the company will reopen.

7 p.m. CT: Local NBC affiliate KSN spoke to a witness who had been at work at Excel Industries on Thursday. The witness confirmed that one of his friends had been killed, although only the suspect's death had been confirmed by police at that time. The witness also described what he had seen and heard, calling it the "worst day" of work. He heard the gunshots, as well as people running trying to get out of the building. Chris Mueller, another witness, told The New York Times the suspect “showed up at break time in a pickup,” and started shooting before heading inside.

6:30 p.m. CT: Walton confirmed the shooting and announced that the suspect, who was an employee at Excel Industries, had been killed by police. Walton also reported that there were multiple crime scenes — "probably four or five crime scenes," as he said. Fortunately, Walton also reassured the public that lockdowns throughout the city had been lifted. "Everything is secured," Walton said.

At the time of the first press conference, it was clear that local authorities were focused on investigating the incident and getting in touch with the families of the victims. Walton only confirmed one death — that of the suspect — but estimated that there were as many as 20 victims. Local news channel KSN reported that six victims had been transported to a local hospital, with at least some of them being airlifted via helicopter.

Walton also revealed that the shooting spanned at least three crime scenes around the area, the third of which was Excel Industries. Prior to that, police had received reports of shootings on two different streets, one in Hesston and one in the neighboring city of Newton. At Excel, at least one person was shot in the parking lot outside of the building before the shootings inside the building occurred. Walton said all of those crime scenes were connected. The investigation was being carried out by multiple different agencies, and first responders from several surrounding counties had also arrived on the scene.

Hesston, an otherwise calm and peaceful small town, became the latest city to be rocked by gun violence on Thursday. The mourning and the investigation will likely continue for the foreseeable future, but the community can rest assured that local authorities have removed the threat to public safety. As the news continues to unfold in Kansas, the nationwide debate over gun control will likely reenergize elsewhere.