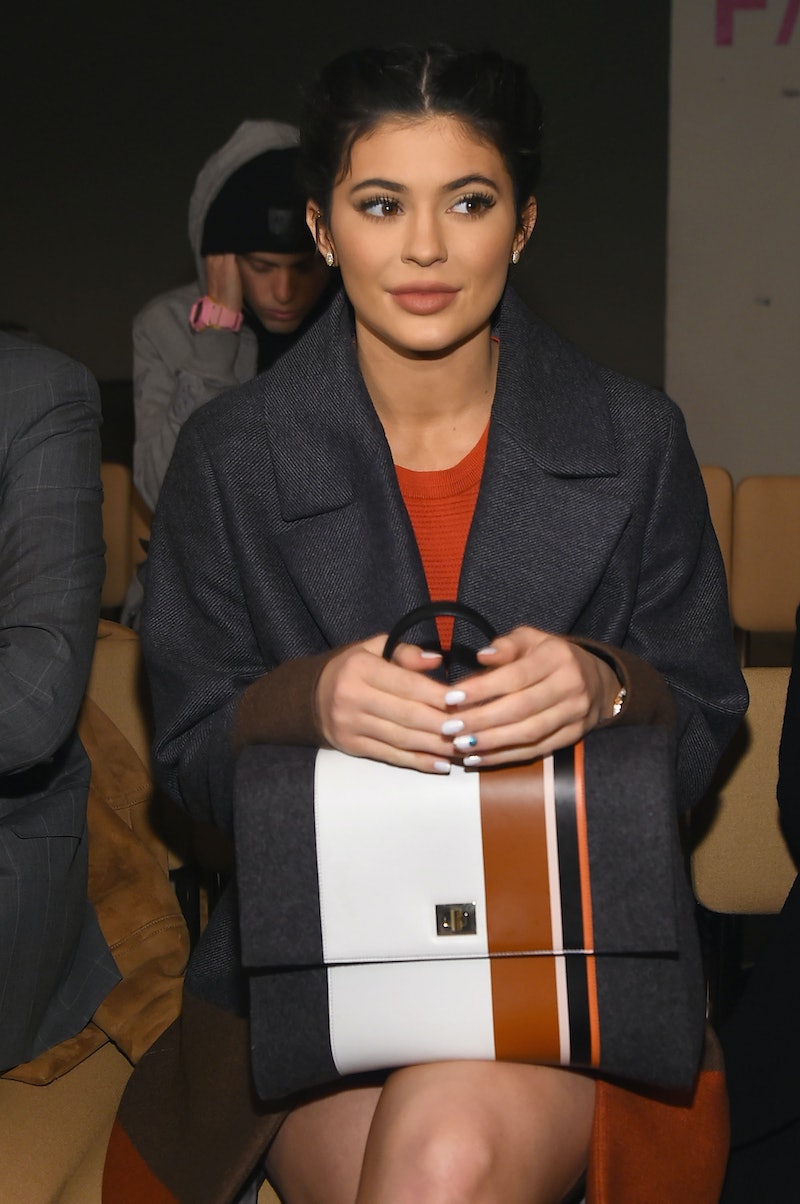 We already know the good news. Kylie Jenner's much-coveted, hard-to-get Lip Kits are cruelty-free, as the company's animal testing policy is clearly posted on the Kylie Cosmetics website. But are the Kylie Lip Kits Vegan? For a beauty product to be classified as "vegan," the item must not contain any animal-derived ingredients, including those actually produced by an animal, such as honey or beeswax, according to Simply Organic Beauty. So what's the story with the Lip Kits? Are they vegan? Yes and no, actually.

UPDATE: A customer service rep from Kylie Cosmetics got back to us to let us know that Candy K contains carmine, which is insect-derived.

Wait, what? You can't be partially or "a little" vegan. It's one or the other. So how can the products be both vegan and not? Here's how. The Lip Kits have come in six shades so far: Candy K, Dolce K, True Brown K in the first launch and Koko K, Mary Jo K, and Posie K in the second launch. All of the shades, with the exception of Candy K, which is the Lip Kit I managed to snag, are vegan.

That means there is an ingredient in Candy K that is derived from an animal.

The Lip Kits and their vegan status, 'save for Candy K, are posted clearly on the Kylie Cosmetics site. The statement reads: "Kylie Cosmetics products are not tested on animals, and all shades of The Kylie Lip Kit (excluding Candy K) are vegan."

Bustle reached out to Kylie Cosmetics for clarification on what makes Candy K a non-vegan shade. We'll let you know if we hear back. While it's not vegan, it's still not tested on animals, thankfully!

Also, if you were wondering when the next restock is happening, there's good news. Jenner posted a video from the lab, where more kits were being manufactured. We're less than a week away from a fresh batch of KLKs being supplied and she promised that she will post the launch date and time on her app. I see more Lip Kit hysteria in my future, as I am hoping to nab a tube of Koko K next.

There's also a new color on the way, which is likely the bright and juicy orange shade that King Kylie recently teased.