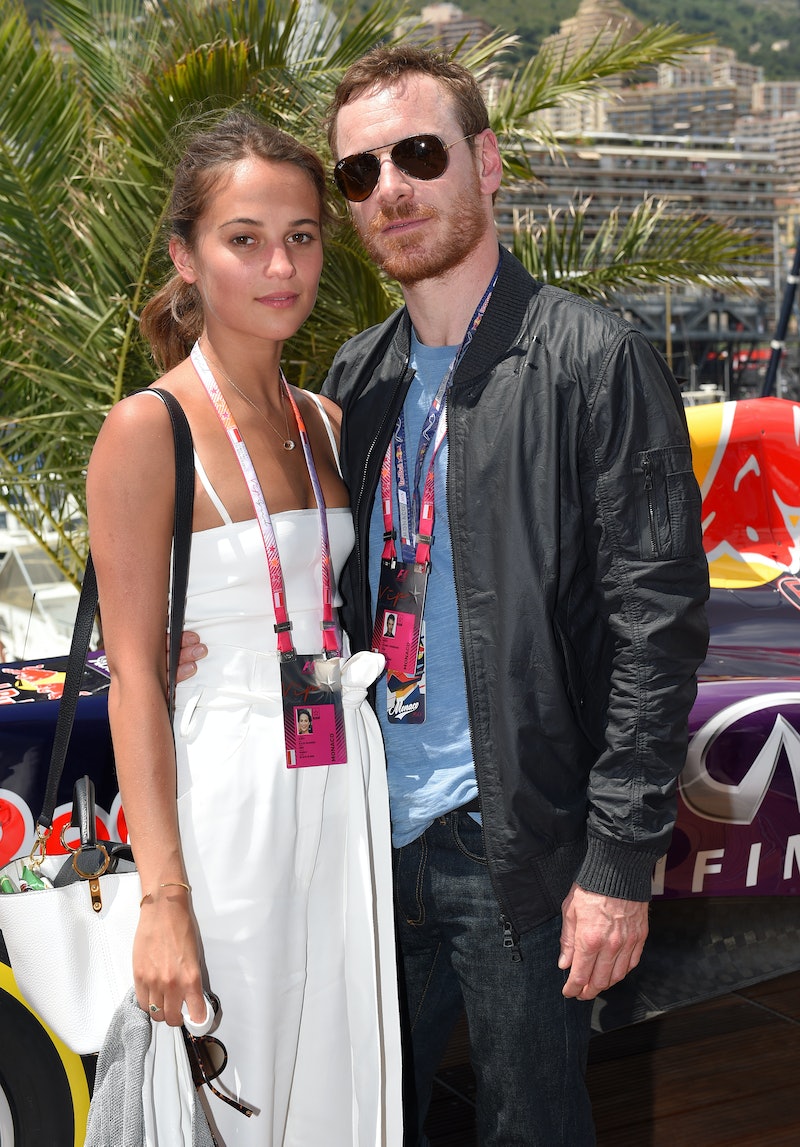 When I saw Alicia Vikander as a cyborg being held captive by an evil hot billionaire played by Oscar Isaac in Ex Machina, I fell immediately in love. She's equally as captivating as a human too, on screen and off. The Swedish dancer and actress is nominated for a Best Actress Academy Award for her role in The Danish Girl, and she'll be attending the Oscars ceremony with boyfriend and fellow nominee Michael Fassbender. But how did Fassbender and Vikander meet?

Vikander, 27, and Fassbender, 38, who have been called this award season's "most elusive" couple because they don't always let the paparazzi put their business in the news, met on the set of their film The Light Between Oceans while shooting in 2014.

Vikander, who studied at the Swedish Royal Ballet, co-stars with the the Steve Jobs star in the forthcoming drama. The film, based on M.L. Stedman's bestselling and heart-wrenching novel of the same name, stars the pair as Tom and Isabel Shorbourne. Tom, a lighthouse keeper, and his wife find a baby that washes up on shore (I know, I'm crying already, too) and decide to adopt her as their own. Directed by Blue Valentine director David Cianfrance and also starring Rachel Weisz as a mysterious woman who lost her child to the ocean (cries more), The Light Between Oceans was filmed in New Zealand, Australia, and Tasmania. Who wouldn't fall in love in those idyllic landscapes/the land of Lord Of The Rings playing an isolated tragic couple with a director adept at romance guiding them?

Fassbender and Vikander have since done their best to keep their private lives private, but alas, this is 2016 and everyone wants to know what they're up to (I'm obviously also guilty). After a few years of ebbing and flowing break-up rumors, which Fassbender and Vikander never commented on, the actress finally said a little something at the Palm Springs International Film Festival. When asked about what she did for New Year's by E! News, she said, "I think I kissed my boyfriend." Though they are so reticent that recently at the BAFTA Awards they even refused to smooch for the kiss cam! But that's totally their prerogative. And come on BAFTAs, it's an awards show, not a hockey game.

The couple recently attended the Golden Globes ceremony together. And though they usually don't talk about each other much in interviews, Fassbender did say at the Globes that he was "very proud" of Vikander's great work. The Vogue profile on the up-and-coming star also included a sweet staement from Fassbender in which he noted the way she "embodies her characters from head to toe," that discipline undoubtedly coming from her professional ballet career. He's literally dating a prima ballerina. Lucky Fass.

Look for them at the Oscars on Sunday, where perhaps they'll shyly giggle and admit they like like each other.

More like this
Alicia Silverstone Has Recreated An Iconic 'Clueless' Scene
By Frances Stewart
What Is Miles Teller's Net Worth? How The 'Top Gun: Maverick' Star Made His Millions
By Meg Walters
Jurnee Smollett’s Heart Is Healing
By Rebecca Carroll
Kimberly J. Brown & Daniel Kountz Looked Back On Their ‘Halloweentown’ Romance
By Stephanie Topacio Long
Get Even More From Bustle — Sign Up For The Newsletter