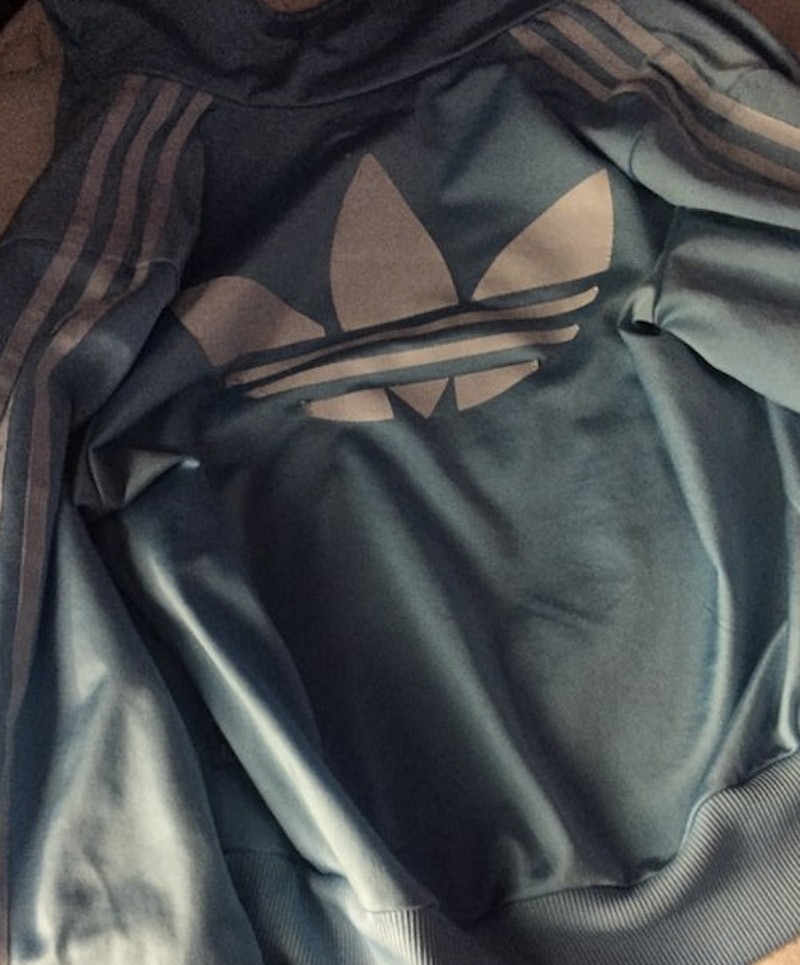 A year ago today, The Great Dress Debate took social media by storm, and, well it looks like we might just have another similar fight on our hands. According to Buzzfeed, there's debate over the colors of this Adidas jacket, which some people say is blue and white, while others claim that it is black and brown. Get ready to go crazy all over again!

The jacket was originally posted to Tumblr after two friends disagreed on the color, and now the fight is happening all over again. Twitter is already going nuts with tons of reactions after Buzzfeed tweeted the image. From anger to full on confusion, it looks like people don't know what to believe. So far, the jacket debate is between either blue and white or black and brown, and things are getting pretty crazy on social media, yet again. I can almost hear the clicks of un-following happening with every tweet mentioning #thejacket.

Adidas had yet to verify what the actual color of the jacket is, but it looks like black and brown are what's got the majority of the votes. This whole thing is getting so out of hand that some people are even seeing green. Either way, you can probably expect a Kanye West twitter rant about it sometime in the near future.

It seems pretty odd to me that exactly a year later there would be another clothing debate, but the more people tweet, the more confusing it gets. Some have opted to stay out of the ordeal all together while others are deep in argument. Check out what people are saying.

Some people are just in denial.

While others are losing friends.

Some people are even seeing green..?

Peace, and love. Oh, and black and brown.

RIP, the dress. Welcome, the jacket.

Most people have just had enough.

This seems to sum it all up pretty well.

More like this
42 Black Owned Fashion & Beauty Brands To Support Today & Always
By Mekita Rivas, Shea Simmons, Kui Mwai and Dominique Norman
Myra Magdalen Is TikTok’s Queen Of Chaotic Maximalist Fashion
By Sophia Moore
Most Comfortable Underwear For Big Butts
By Audrey Williams
TikTok Decided That French Hair Pins Are The New Claw Clips
By Olivia Rose Ferreiro
Get Even More From Bustle — Sign Up For The Newsletter